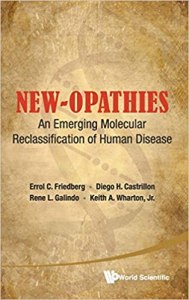 I was captivated by a book I picked up in a library titled New-opathies: an emerging molecular nomencleture of human diseases. The theme seemed pertinent to neurology where new diseases emerge rapidly and very soon become conventional disorders. The driver for new disease categories, as the title of the book suggested, is the increasingly better understanding of the pathology of the diseases. Such advances inevitably lead to more precise definition of diseases, and consequently, the emergence of more diseases but fewer syndromes.

The most insightful book, The Innovators Prescription, eloquently makes the case that a better definition of the causes of diseases enables the making of more precise diagnoses, and this is illustrated by developments in such specialties as genetics and infectious diseases. Most neurological disorders unfortunately still wallow at the intuitive end of medical practice – their journey towards precision medicine painfully slow. But to give a good spin to it, neurology has a great potential for the emergence of new disorders.

In the ‘good old days’, new diseases were named after individual observers who discovered the disease working almost single-handedly. This is how iconic neurological disorders such as Parkinson’s disease (PD), Alzheimer’s disease (AD), and Huntington’s disease (HD) got their appellations. For diseases discovered by two or three people, it didn’t take a great stretch of the imagination to come up with double-barrelled names such as Guillain-Barre syndrome (GBS) or Lambert-Eaton myasthenic syndrome (LEMS) (mind you, not Miller Fisher syndrome!)

Today, however, new diseases emerge as a result of advances made by large collaborations working across continents. These new diseases are named after the pathological appearance or metabolic pathways involved (as it will require an act of genius to create eponymous syndromes to cater for all the scientists and clinicians involved in these multi-centre trials). This is unfortunately why new disorders now have very complex names and acronyms. Take, for examples, chronic lymphocytic inflammation with pontine perivascular enhancement responsive to steroids (CLIPPERS) and chronic relapsing inflammatory optic neuropathy (CRION) – both sobriquets telling us to expect future neurological diseases to be baptised with tongue-twisting names (there are more examples of these in my previous blog post titled 30 neurological disorders with very long ACRONYMS).

New disease categories emerge in different ways. One is the birth of a new disorder from scratch, with no antecedents whatsoever. Such was the case with autoimmune encephalitis, a category which came out of relative obscurity to occupy the centre stage of neurological practice. Other disease categories evolve when different diseases merge into a completely new pathological category, or when a relatively lowly ranked disease matures and starts to play in the big league. These are the stuff of the following 4 novel disease categories sneaking into neurological practice.

This huge monster is ‘threatening’ to bring together, under one roof, diverse disorders such as tuberous sclerosis complex, epilepsy, autism, traumatic brain injury, brain tumours, and dementia. You can explore this in more depth in this paper titled mTORopathies: A Road Well-Traveled. Neurochecklists has detailed checklists tuberous sclerosis complex (TSC), and the checklists cover genetics and pathology, diagnostic criteria, neuropsychiatric features, systemic features, lesions, investigations, monitoring, and treatment. There are also checklists covering other significant neurological mTORopathies which are malformations of cortical development, and they cover classification, types, lissencephaly genes, polymicrogyria genes, other MCD genes, clinical features, and imaging features.

This new group of neurological diseases is threatening to disrupt the easy distinction between several neurological disorders such as myasthenia gravis (MG), chronic inflammatory demyelinating polyradiculoneuropathy (CIDP), and Guillain Barre syndrome (GBS). It even includes the newly described IgLON 5 antibody disorder. You may explore IgG4-related disorders in this paper titled The expanding field of IgG4-mediated neurological autoimmune disorders.

Multisystem proteinopathy is a genetic disorder which affects muscles and bone, in addition to the nervous system. It is associated with Paget’s disease of the bone and inclusion body myositis, with implications for motor neurone disease (MND) and frontotemporal dementia (FTD). Quite a hydra-headed monster. There are however checklists covering its clinical features and management.

GLUT-1 stands for glucose transporter type 1. Deficiency of GLUT-1 results in impaired transportation of glucose into the brain. GLUT-1 deficiency syndrome presents with a variety of neurological features such as dystonia, epilepsy, ataxia, and chorea. It starts in infancy and is characterised by low levels of glucose and lactic acid in the cerebrospinal fluid. Expect to hear more on this in the near future – but in the meantime, you can keep up with this GLUT1 deficiency checklist.

Do you have any suggestions of emerging neurological disorders? Please leave a comment

Earbuds That Read Your Mind