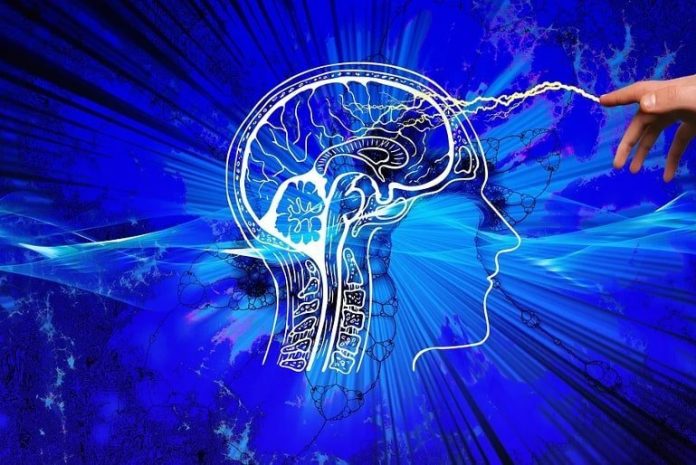 John was awake and alert on the operating table, conscious during brain surgery. But he wasn’t in distress; in fact, he says, “It was suddenly like I was back online.”

Patients are awake during surgery as electrical leads are implanted in their brain. This procedure uses a first-of-its-kind approach that incorporates intracranial electroencephalography (EEG) recordings and stimulation to personalize the understanding of network behavior in the brain during a depressive state and its response to the DBS device.

The findings are published in Biological Psychiatry.

“I was in the middle of a depressive episode that had lasted five years. I tried a number of different therapies and medication, ones that worked for me in the past and some new ones, but nothing was making a difference this time,” he said. “Depression was nothing new to my life. I had attempted suicide in a past depressive state and ending up in a coma for a short time, so I knew this was something I had to take control of.”

John began searching online for options and came across several articles that eventually led him to Baylor.

“The goal of our study is to find a way to personalize the treatment. No two people have the same experience with depression. It can produce different behaviors, thoughts and feelings from person to person. We reasoned that these differences in experience reflect variations in brain activity patterns,” Sheth said.

“We were able to show that by using DBS and intracranial EEG readings we could achieve an individualized understanding of the specific brain networks contributing to a patient’s particular depressive symptoms and identify stimulation patterns that were best suited for that patient.”

While John described feeling like he could think clearer on the operating table as electrodes were being implanted and tested, the process to finetune the device takes months. He stayed in the hospital for 10 days for a series of tests, and over the following weeks and months, researchers continued to program and adjust the device. John said it took about four months until he was considered to be in remission from depression.

“As the psychiatrist who carried out the DBS programming, the stimulation settings selected during this research study are different from those I would have chosen based solely on my clinical experience doing programming,” said Goodman. “The excellent outcome for this person is encouraging news that DBS can be tailored to the individual based on their unique brain activity patterns.”

Procedures such as these can sometimes be influenced by a placebo effect—that is, improvement in symptoms unrelated to the DBS therapy. “The patient wants to feel better, so they may start to actually feel better regardless of stimulation. To confirm that the improvement was caused by DBS, we slowly reduced the amount of stimulation in a double-blind phase of the study. His symptoms worsened during this phase, proving that DBS was actually causing the improvement. Turning the system back on to full power again produced remission of symptoms,” said Sheth.

DBS works by sending electrical signals to the areas of the brain where the electrodes have been implanted. It is most commonly used for movement disorders such as Parkinson’s disease, where the signals help restore balance to the movement-regulating regions of the brain in order to reduce the motor symptoms of Parkinson’s.

Sheth, Goodman and Pouratian and their collaborators at Brown University, the University of Pittsburgh and Case Western Reserve University developed a way to use the technology for TRD. Using DBS, they were able to not only send signals to the brain, but also, for the first time, couple this with direct recordings from the brain, meaning they were able to both record brain activity and stimulate the brain at the same time.

They focused on two areas known to play a role in depressive symptoms—the subcallosal cingulate (SCC) and the ventral capsule/ventral striatum (VC/VS) areas of the brain.

“These DBS targets are thought to be hubs at the crossroads of critical white matter pathways that connect cortical and subcortical network regions relevant to the expression of depressive symptoms,” Pouratian said.

“SCC stimulation more often reduces negative feelings and VC/VS stimulation usually increases positive feelings. This is the first study to target both regions at the same time. In doing, so we will have more specific control over depression symptoms and therefore be better able to tailor the DBS to each individual patient’s needs.”

In those first 10 days in the hospital, researchers were able to see what John’s brain activity pattern looked like across a range of mood states. These varying mood states resulted from natural variation, but they also were evoked, for example by watching video clips with happy or sad content. The next step was to deliver stimulation to identify settings that produced activity patterns that more closely resembled healthier states.

“We applied hundreds of different DBS stimulation patterns to see how each one affected John’s brain activity. Then we went through the data and picked out the stimulation combination that looked most like the happy or non-depressive patterns of his brain,” said Dr. Kelly R. Bijanki, assistant professor of neurosurgery at Baylor.

“We didn’t rely entirely on how the stimulation made John feel in the moment, since that doesn’t always predict how he might feel later. A stimulation pattern that causes an emotional reaction might not work down the line. We focused on brain activity. We saw that some patterns that matched his happy state didn’t elicit much emotion but predicted they would kick in after a few weeks or months.” Indeed, that was the case with John, as he experienced steady improvement in his symptoms over the following weeks.

The lead investigators emphasize that the reaction to the device can be different for each person. Others could take longer to have a positive reaction while some might only need minor adjustments to reach a healthy state. A total of 12 participants will be enrolled at both Baylor and UT Southwestern. Each participant will have a different set of stimulation patterns that work best for them. That is one of the reasons why John says it is hard for him to describe his depression to others—everyone’s experience can be unique.

“Basically, it is a horror. You can’t think straight, you can’t sleep, anxiety is high. I had no energy, there was no joy in anything. You have to understand this isn’t about being weak. Your brain is literally malfunctioning and misfiring, so what it feeds back to you is an error. It is a brain disease,” John said.

He explains that these functions in a healthy brain are happening on a regular basis in the proper way as people deal with life. But for someone with depression, the effort to do simple actions can sometime be too much to process.

“With depression, you lose that control over your life,” John said. “Once the implant was in, it took some time to reach my healthy baseline again, but today I feel like I am even better than before my first depressive episode 10 years ago.”

John keeps what looks like a television remote control in his home office where he has the ability to control stimulation. He uses that while working with doctors during programming sessions where his brain activity is reviewed and studied.

“John is a very analytical person in general, and his career involves a lot technical know-how. So when he says he feels like his level of analytical thinking went from 3 to 9 on a scale of 10, it is clear that the changes are working for him,” Sheth said.

As John’s participation in the study continues, he is back to what he says is his normal routine at work. At home, his family recently has welcomed a new baby.

“It takes a lot to be a person,” John said. “When I was depressed, it was like I was in an oven and I just wanted to get out of the fire. I didn’t care how. Now I can find pleasure in life, and I can be me again.”

About this depression and DBS research news

The success of deep brain stimulation (DBS) for treating Parkinson’s disease has led to its application to several other disorders, including treatment-resistant depression (TRD).

Results with DBS for TRD have been heterogeneous, with inconsistencies largely driven by incomplete understanding of the brain networks regulating mood, especially on an individual basis.

We report results from the first subject treated with DBS for TRD using an approach that incorporates intracranial recordings to personalize understanding of network behavior and its response to stimulation.

Results from this initial case demonstrate the feasibility of this personalized platform, which may be used to improve surgical neuromodulation for a vast array of neurological and psychiatric disorders.

How Did the Superstition That Broken Mirrors Cause Bad Luck Start and Why Does...