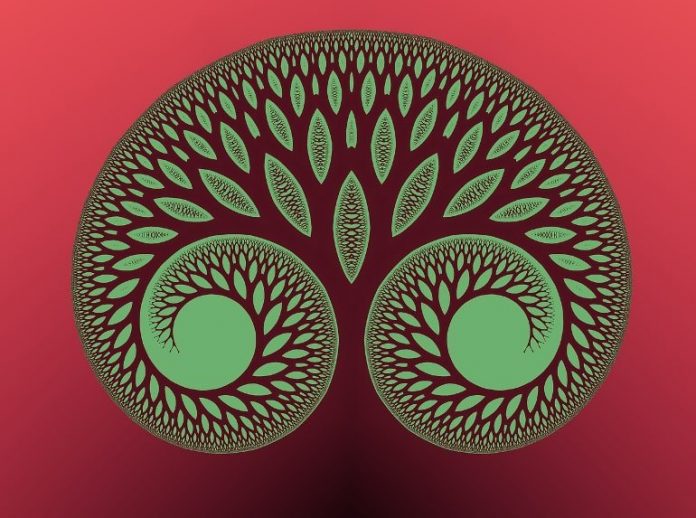 One in five U.S. adults will experience a mental illness in their lifetime, according to the National Alliance of Mental Health. But standard treatments can be slow to work and cause side effects.

To find better solutions, a Virginia Tech researcher has joined a renaissance of research on a long-banned class of drugs that could combat several forms of mental illness and, in mice, have achieved long-lasting results from just one dose.

Using a process his lab developed in 2015, Chang Lu, the Fred W. Bull Professor of Chemical Engineering in the College of Engineering, is helping his Virginia Commonwealth University collaborators study the epigenomic effects of psychedelics.

Their findings give insight into how psychedelic substances like psilocybin, mescaline, LSD, and similar drugs may relieve symptoms of addiction, anxiety, depression, and post-traumatic stress disorder. The drugs appear to work faster and last longer than current medications—all with fewer side effects.

The project hinged on Lu’s genomic analysis. His process allows researchers to use very small samples of tissue, down to hundreds to thousands of cells, and draw meaningful conclusions from them. Older processes require much larger sample sizes, so Lu’s approach enables the studies using just a small quantity of material from a specific region of a mouse brain.

And looking at the effects of psychedelics on brain tissues is especially important.

Researchers can do human clinical trials with the substances, taking blood and urine samples and observing behaviors, Lu said. “But the thing is, the behavioral data will tell you the result, but it doesn’t tell you why it works in a certain way,” he said.

But looking at molecular changes in animal models, such as the brains of mice, allows scientists to peer into what Lu calls the black box of neuroscience to understand the biological processes at work. While the brains of mice are very different from human brains, Lu said there are enough similarities to make valid comparisons between the two.

VCU pharmacologist Javier González-Maeso has made a career of studying psychedelics, which had been banned after recreational use of the drugs was popularized in the 1960s. But in recent years, regulators have begun allowing research on the drugs to proceed.

In work by other researchers, primarily on psilocybin, a substance found in more than 200 species of fungi, González-Maeso said psychedelics have shown promise in alleviating major depression and anxiety disorders. “They induce profound effects in perception,” he said. “But I was interested in how these drugs actually induce behavioral effects in mice.”

To explore the genomic basis of those effects, he teamed up with Lu.

In the joint Virginia Tech—VCU study, González-Maeso’s team used 2,5-dimethoxy-4-iodoamphetamine, or DOI, a drug similar to LSD, administering it to mice that had been trained to fear certain triggers. Lu’s lab then analyzed brain samples for changes in the epigenome and the gene expression. They discovered that the epigenomic variations were generally more long-lasting than the changes in gene expression, thus more likely to link with the long-term effects of a psychedelic.

After one dose of DOI, the mice that had reacted to fear triggers no longer responded to them with anxious behaviors. Their brains also showed effects, even after the substance was no longer detectable in the tissues, Lu said. The findings were published in the October issue of Cell Reports.

It’s a hopeful development for those who suffer from mental illness and the people who love them. In fact, it wasn’t just the science that drew Lu to the project.

For him, it’s also personal.

“My older brother has had schizophrenia for the last 30 years, basically. So I’ve always been intrigued by mental health,” Lu said. “And then once I found that our approach can be applied to look at processes like that—that’s why I decided to do research in the field of brain neuroscience.”

González-Maeso said research on psychedelics is still in its early stages, and there’s much work to be done before treatments derived from them could be widely available.

Clinical evidence suggests that rapid and sustained antidepressant action can be attained with a single exposure to psychedelics. However, the biological substrates and key mediators of psychedelics’ enduring action remain unknown.

Here, we show that a single administration of the psychedelic DOI produces fast-acting effects on frontal cortex dendritic spine structure and acceleration of fear extinction via the 5-HT2A receptor.

Additionally, a single dose of DOI leads to changes in chromatin organization, particularly at enhancer regions of genes involved in synaptic assembly that stretch for days after the psychedelic exposure. These DOI-induced alterations in the neuronal epigenome overlap with genetic loci associated with schizophrenia, depression, and attention deficit hyperactivity disorder.

What Is Pharmacogenetic Testing (and Who Should Get It)?