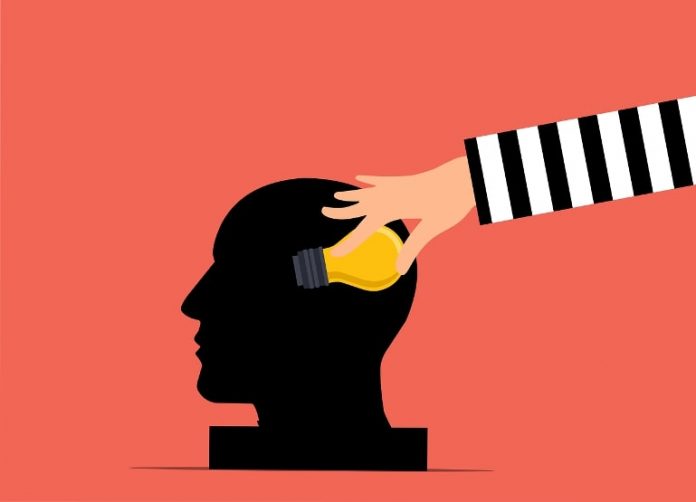 Summary: Repetitive transcranial magnetic stimulation (rTMS) can be used to modulate brain rhythms and cognitive behaviors related to “giving up” during problem-solving tasks.

New methods of brain stimulation are being tested to see whether they can be used to enhance cognitive behavior. In this study, researchers from Japan have found that stimulation at specific frequencies can modulate thought processes related to problem-solving.

In a study published this month in Scientific Reports, researchers from the University of Tsukuba have revealed that a non-invasive form of brain stimulation called repetitive transcranial magnetic stimulation, or rTMS, can be used to modulate brain rhythms and cognitive behavior related to “giving-up” during problem-solving.

rTMS has been found to increase the synchronization of brain rhythms during cognitive tasks. Because specific brain rhythms are related to aspects of cognition, this could have great potential in helping people to enhance their cognitive abilities, something the researchers at the University of Tsukuba aimed to address.

“Prefrontal theta rhythms are known to be associated with cognitive control and conflict resolution, while alpha rhythms are related to the generation of new ideas during problem solving,” says lead author of the study Professor Masahiro Kawasaki. “Because rTMS can be used to alter neural activity, we wanted to investigate how stimulation at specific frequencies could affect problem-solving behavior.”

To do this, the researchers examined the relationship between brain oscillations and cognitive “giving-up” while participants performed problem-solving tasks. Then, they examined the effects of rTMS on brain oscillations and task performance. The task involved solving riddles, and the participants were allowed to indicate when they “gave up” on the task.

Next, the researchers applied rTMS at specific frequencies while the participants completed the same cognitive task, and measured brain waves and task performance.

During rumination, which is a common feature of depression, adaptive “giving-up” behaviors can be suppressed. For instance, individuals may have trouble deciding to “give up” and focus on something else when a certain behavior is not leading to the desired outcome.

This research shows how modulating neural rhythms such as alpha and theta could decrease rumination, and thus treat symptoms of depression. Furthermore, this study is an important example of how rTMS can be used to change behavior related to cognitive performance via the modulation of task-related brain rhythms.

Behavioural effects of task-relevant neuromodulation by rTMS on giving-up

Recent studies suggest that online repetitive transcranial magnetic stimulation (rTMS) can induce local entrainment of ongoing endogenous oscillatory activity during a task. This effect may impact cognitive performance, depending on the function of the oscillation. In this study, we aimed to investigate the effects of stimulation frequency and target location that are relevant to the cognitive processes of giving-up.

The results of Experiment 1 suggested that the frontal theta rhythm is associated with the giving-up processes and that the frontal alpha rhythm is associated with problem-solving behaviour. Accordingly, we hypothesised that rTMS at the theta frequency would induce ongoing theta activity and accelerate the giving-up behaviour, while rTMS at the alpha frequency would induce ongoing alpha activity and slow down the giving-up behaviour in Experiment 2.

The results showed that theta-frequency rTMS application induced an increase in theta amplitudes and shortened the giving-up response. Alpha-frequency rTMS application induced an increase in alpha amplitudes, but did not change giving-up responses. Considering the close resemblance between giving-up behaviour and rumination in depression, neuromodulation of cognitive giving-up processes may lead to a new intervention to treat depression by rTMS.

Furthermore, this study strengthens the hypothesis that modulating task-relevant oscillations by rTMS could induce behavioural changes related to cognitive performance.

Working as a Research Fellow in Parliament

Resilience Is Adapting Successfully to Adversity, Hardship, and Tragedy