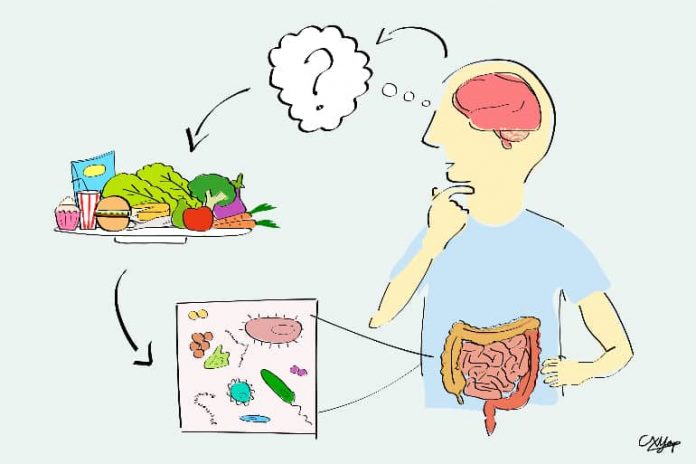 Summary: A new study suggests the differences in the gut microbiome associated with autism may be a result of restricted dietary preferences, which are a common feature of ASD, rather than a cause of autism symptoms.

Research suggested that autism spectrum disorder (ASD) may be at least partly caused by differences in the composition of the gut microbiota, based on the observation that certain types of microbes are more common in people with autism.

However, new research published in Cell suggests that the link may actually work the other way around: the diversity in species found in the guts of children with autism may be due to their restricted dietary preferences associated with autism, rather than the cause of their symptoms.

“There’s a lot of interest surrounding the role of the gut microbiome in autism, but not a lot of hard evidence,” says senior author Jacob Gratten, of Mater Research in partnership with The University of Queensland in Brisbane, Australia. “Our study, which is the largest to date, was designed to overcome some of the limitations of prior work.”

Over the past decade, as next-generation sequencing of the microbial species in the gut has made analysis of the microbiome more automated and less-time consuming, a number of studies have examined the link between particular species of microbes in the gut and mental health. The gut-brain axis has been linked not only to ASD but also to anxiety, depression, and schizophrenia. The possibility of targeting the microbiota is a growing area of research for new treatments.

In the Cell study, the investigators analyzed stool samples from a total of 247 children between the ages of 2 and 17. The samples were collected from 99 children diagnosed with ASD, 51 paired undiagnosed siblings, and 97 unrelated, undiagnosed children. The subjects included in the analysis were from the Australian Autism Biobank and Queensland Twin Adolescent Brain Project.

The investigators analyzed the samples by metagenomic sequencing, which looks at the entire genome of microbial species rather than short genetic barcodes (as with 16S analysis). It also provides gene-level information rather than just species-level information, and provides a more accurate representation of microbiome composition than 16S analysis, a technique used in many of the earlier studies linking the microbiome to autism.

“We also carefully accounted for diet in all our analyses, along with age and sex,” says first author Chloe Yap, an MD-Ph.D. student who works with Gratten. “The microbiome is strongly affected by the environment, which is why we designed our study with two comparison groups.”

Based on their analysis, the researchers found limited evidence for a direct association of autism with the microbiome. However, they did find a highly significant association of autism with diet and that an autism diagnosis was associated with less-diverse diet and poorer dietary quality. Moreover, psychometric measures of degree of autistic traits (including restricted interests, social communication difficulties, and sensory sensitivity) and polygenic scores (representing a genetic proxy) for ASD and impulsive/compulsive/repetitive behaviors were also related to a less-diverse diet.

The researchers acknowledge several limitations to the current work. One is that the design of the study can’t rule out microbiome contributions prior to ASD diagnosis, nor the possibility that diet-related changes in the microbiome have a feedback effect on behavior. Another is that they could only account for the possible effect of antibiotics on the microbiome by excluding those taking these medications at the time of stool collection. Finally, no comparable datasets are currently available to confirm the findings.

“We hope that our findings encourage others in the autism research community to routinely collect metadata in “omics” studies to account for important (but often underappreciated) potential confounders such as diet,” Gratten says. “Our results also put the spotlight on nutrition for children diagnosed with autism, which is a clinically important (but underrecognized) contributor to overall health and wellbeing.”

The researchers plan to generate new data in a larger sample to replicate their findings.

There is increasing interest in the potential contribution of the gut microbiome to autism spectrum disorder (ASD). However, previous studies have been underpowered and have not been designed to address potential confounding factors in a comprehensive way.

We performed a large autism stool metagenomics study (n = 247) based on participants from the Australian Autism Biobank and the Queensland Twin Adolescent Brain project. We found negligible direct associations between ASD diagnosis and the gut microbiome. Instead, our data support a model whereby ASD-related restricted interests are associated with less-diverse diet, and in turn reduced microbial taxonomic diversity and looser stool consistency. In contrast to ASD diagnosis, our dataset was well powered to detect microbiome associations with traits such as age, dietary intake, and stool consistency.

Overall, microbiome differences in ASD may reflect dietary preferences that relate to diagnostic features, and we caution against claims that the microbiome has a driving role in ASD.

Cause of Alzheimer’s Progression in the Brain Identified