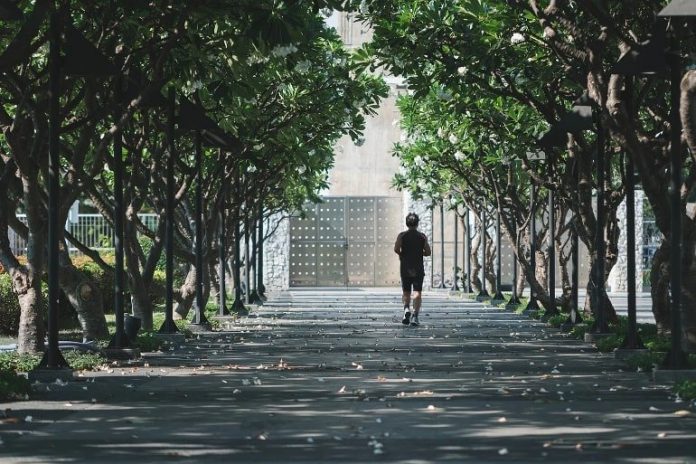 Summary: People who exercise more, specifically when they embark on physical activities outdoors, experience less depression and anxiety than those who didn’t exercise.

Kaiser Permanente research published November 11 in Preventive Medicine showed people who exercised more during the initial lockdown period of the COVID-19 pandemic experienced less anxiety and depression than those who didn’t exercise. It also showed that people who spent more time outdoors typically experienced lower levels of anxiety and depression than those who stayed inside.

More than 20,000 people participated in the survey-based study from 6 regions served by Kaiser Permanente across the United States, which included Hawaii, Colorado, Georgia, and the mid-Atlantic states, as well as Southern and Northern California.

“What these study findings tell us is that even during an active pandemic or other public health crisis, people should be encouraged to be physically active to help maintain their physical and mental health,” said the study’s lead author Deborah Rohm Young, PhD, the director of the Division of Behavioral Research for the Kaiser Permanente Southern California Department of Research & Evaluation. “Parks and other nature areas should remain open during public health emergencies to encourage outdoor physical activity.”

In March 2020, COVID-19 developed into a worldwide pandemic. With no known treatment, public health officials attempted to reduce its spread by limiting human interactions through stay-at-home policies. Businesses temporarily closed or changed their practices to prevent the spread of the virus, affecting the economy and many people’s jobs. These stressful factors, along with fewer opportunities to socialize with friends and family, increased symptoms of depression and anxiety for many people.

Since it is known that physical activity and time spent in nature are associated with improved mental health, researchers at Kaiser Permanente in Southern California sought to determine how exercise and time outdoors was associated with people’s mental health during the height of the pandemic.

In April 2020, researchers sent a series of COVID-19 surveys to more than 250,000 participants in the Kaiser Permanente Research Bank — a collection of lifestyle surveys, electronic health record data, and biospecimens, which Kaiser Permanente members volunteered. People who reported COVID-19 symptoms were not included in this analysis, resulting in 20,012 respondents. They each completed at least 4 surveys between April and July 2020.

White women older than 50 accounted for a high proportion of the respondents. Most respondents said they were retired and generally adhered to the “safer-at-home” orders during the period of the survey. The study found that:

“What we learned from these findings is that during future emergencies it will be important to carefully weigh the decisions to close parks and outdoor areas against the negative impact those closures may have on people’s mental health,” said Dr. Young.

Funding: The study was funded by the Kaiser Permanente Research Bank.

About this exercise and mental health research news

The longitudinal associations of physical activity, time spent outdoors in nature and symptoms of depression and anxiety during COVID-19 quarantine and social distancing in the United States

Over 20,000 adults who participated in the U.S. Kaiser Permanente Research Bank, did not report COVID-19 symptoms, and responded to an online baseline and 3 follow-up surveys over approximately 3 months formed the cohort. Physical activity was assessed from a modified survey, time spent outdoors was assessed from one question, and anxiety and depression scores were assessed from validated instruments.

Spending less time outdoors was associated with higher depression and anxiety scores. This effect was greater for participants in the younger age categories compared with older age categories. The effect of less time spent outdoors on anxiety (p = 0.012) and depression (p < 0.001) scores was smaller for males than females.