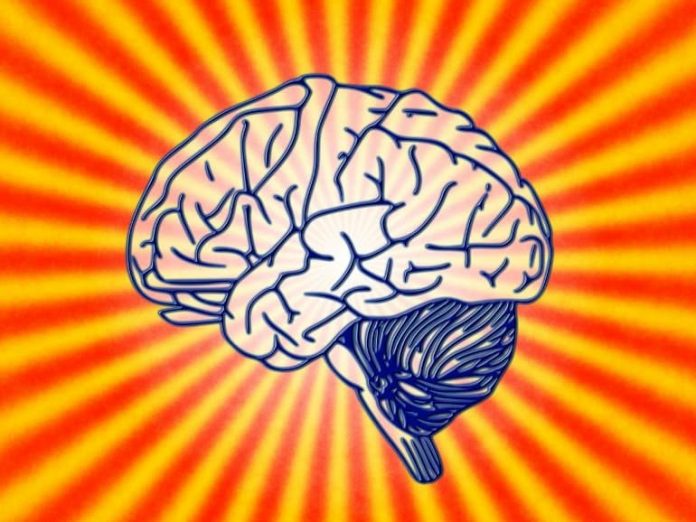 Summary: Female mice exposed to PBDEs, a type of flame-retardant found on everyday household items, pass on the chemicals to their developing offspring. In female offspring, this can cause alterations in social memories and behaviors which are reminiscent of human compulsive behaviors associated with autism.

Polybrominated diphenyl ethers, or PBDEs, are a class of fire-retardant chemicals that are ubiquitous. They are found on upholstery, carpets, curtains, electronics, and even infant products. Flame retardants migrate out of products into dust that humans contact and can ingest.  Considered to be global environmental pollutants, they have been detected in water, soil, air, food products, animals, and human tissues. They are found, too, in breast milk of women all over the world.

A research team led by scientists at the University of California, Riverside, has found that when female mice exposed to PBDEs pass on these neuroendocrine-disrupting chemicals to their developing offspring, the female offspring show traits relevant to autism spectrum disorders, or ASD. Their short-term social-recognition ability and long-term social memory is reduced significantly and the offspring show exaggerated “marble burying” behavior—repetitive behavior reminiscent of human compulsive behavior, a core symptom of ASD.

“Our data support a link between maternal toxicant exposures and abnormal social and repetitive behavior in mice offspring that is relevant to ASD,” said Margarita Curras-Collazo, a professor of neuroscience, who led the study published in the journal Archives of Toxicology.

“Humans mostly rely on faces to recognize people and most autistics show deficits in face-identity processing,” Curras-Collazo explained. “Mice, on the other hand, rely on smell for social recognition. The female offspring of mother mice exposed to PBDEs showed olfactory deficits that dampened their ability to recognize other mice. In effect, these offspring do not distinguish new mice from familiar ones. Humans with ASD also show abnormal olfactory ability.”

In their experiments, the researchers exposed the mother mice orally to flame retardants; their offspring acquired PBDEs in their brains through blood during gestation and mother’s milk during lactation. They then measured social and repetitive behavior and olfactory discrimination in female offspring in adulthood.

Next, the researchers examined the brains of the offspring, specifically, gene expression for oxytocin, a neuropeptide involved in social recognition memory. They found that oxytocin and other pro-social genes had undergone changes, suggesting that PBDEs target distinct brain systems to promote neurodevelopmental abnormalities.

“This shows that developmental PBDE exposure produces ASD-relevant neurochemical, olfactory, and social behavioral traits in adult female offspring that may result from early neurodevelopmental reprogramming within central social and memory neural networks,” said Elena Kozlova, a student in the UCR Neuroscience Graduate Program working in Curras-Collazo’s lab and the first author of the research paper.

To the authors’ knowledge, their study is the first to show autistic-relevant behavior and brain changes in female offspring from maternal transfer of environmental pollutants. The behaviors were also tested in exposed mothers, but they were largely unaffected.

“This indicates that PBDEs are particularly detrimental if exposure occurs during development and effects are long-lasting, which is concerning given that children are disproportionately exposed to PBDEs,” Kozlova said.

While most biomedical research is done using rodents, these studies have implications for humans. Like humans, mice live in social groups and communicate dominance and subordinate behavior while competing for access to resources. A mouse’s ability to recognize others is a key behavior with translational relevance to human social cognition.

“Consumers need to be aware they are being exposed to chemicals like PBDEs,” Curras-Collazo said. “You cannot avoid these chemicals since they are added to many indoor products in the home, school, car and airplane. To avoid them you can buy PBDE-free furniture or cover the foam in your furniture, choose less contaminated foods, and vacuum and mop frequently to remove PBDE-contaminated dust. It’s crucial that we understand that these chemicals are present in our bodies and what they are doing.”

Curras-Collazo believes legislators need to be aware that safe alternatives to toxic chemicals in production are possible, such as non-synthetic materials that serve as flame retardants.

“Further, funding agencies need to support basic science toxicology studies so that flame retardant chemicals like PBDEs can be examined in further detail before they are released for commercialization,” she said. “Funding is needed, too, for longitudinal human studies to allow the developmental effects of these chemicals to be studied over a lifetime.”

Using a translational exposure model, we tested the hypothesis that maternal transfer of a commercial mixture of PBDEs, DE-71, produces ASD-relevant behavioral and neurochemical deficits in female offspring. C57Bl6/N mouse dams (F0) were exposed to DE-71 via oral administration of 0 (VEH/CON), 0.1 (L-DE-71) or 0.4 (H-DE-71) mg/kg bw/d from 3 wk prior to gestation through end of lactation. Mass spectrometry analysis indicated in utero and lactational transfer of PBDEs (in ppb) to F1 female offspring brain tissue at postnatal day (PND) 15 which was reduced by PND 110.

Additionally, L-DE-71 exposure also altered short-term novel object recognition memory but not anxiety or depressive-like behavior. Moreover, F1 L-DE-71 displayed downregulated mRNA transcripts for oxytocin (Oxt) in the bed nucleus of the stria terminalis (BNST) and supraoptic nucleus, and vasopressin (Avp) in the BNST and upregulated Avp1ar in BNST, and Oxtr in the paraventricular nucleus. Our work demonstrates that developmental PBDE exposure produces ASD-relevant neurochemical, olfactory processing and behavioral phenotypes that may result from early neurodevelopmental reprogramming within central social and memory networks.

That Song Is Stuck in Your Head, but It’s Helping You to Remember

Jill Nickens – The Akathisia Alliance for Education and Research