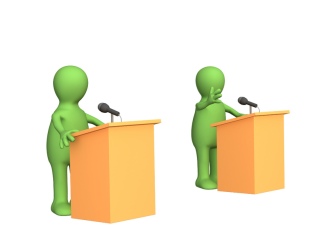 The World Congress of Controversies in Neurology (CONy) has been held every year since 2007, and the most recent conference was held virtually in September 2021. The longevity of the conference, and the increasingly crowded agenda, are testimonies to the range of uncertainties, and the breadth of ambiguities, that bedevil neurological practice. Imprecision and doubt pervade the management of large swathes of nervous system disorders. The huge controversies are also testament to the size of evidence-free zones encroaching on all neurological subspecialties. Over the years, CONY has provided a platform for opinionated experts to rub each other the wrong way as they defend their views and protect their turfs. CONy however also gives neutral controversy-busters an opportunity to iron out these wrinkles on neurology’s face.

Looking through the agenda of CONy over the years, some of the controversies seem to pop up with clockwork regularity; they either manifest in the same contexts, or resurrect as alternative manifestations of the same unresolved questions. It is these enduring controversies that point to the most unsettled matters in neurology. There is therefore a lesson to learn by reviewing the most contentious topics in neurology. To do this, I pored over all previous CONY conference programs and I have listed the most clinically relevant most disputed topics at the end of this blog post. It is from this list that I extracted the following 30 most enduring neurological controversies.  You may also follow the links to see the Neuochecklist take on these topics.

3. Should epilepsy be diagnosed after the first unprovoked seizure?

4. Should steroids or IVIg be the first-line therapy for CIDP?

6. Is anti-epileptic drug withdrawal advisable after 2 years of seizure-freedom?

7. Should survivors of hemorrhagic stroke be restarted on oral anticoagulants?

8. Should disease-modifying therapies be stopped with onset of secondary progressive MS?

10. Is beta-amyloid still a relevant target in the treatment of Alzheimer’s disease (AD)?

11. Should patients with embolic stroke of undetermined source (ESUS) be anticoagulated?

14. Do the clinical criteria of normal pressure hydrocephalus (NPH) predict response to shunting?

16. Should PFO closure be a standard treatment for embolic stroke of undetermined source (ESUS)?

24. Is alpha-synuclein a useful target for Parkinson’s disease (PD) treatment?

25. Are monoclonal antibodies to CGRP or its receptor effective and safe in migraine?

27. Should patients with medication overuse headache be treated only after analgesic withdrawal?

28. Are monoclonal antibodies superior to immunotherapies for myasthenia gravis (MG)?

29. Should all patients with CIDP be tested for autoantibodies to nodal proteins?

CONy is reassurance for the jobbing neurologists, when they struggle to decide which guidance to follow and which to dismiss, that they can blame it all on the unanswered questions of neurology. Going through this list of controversies, it is comforting that the experts differ in their answers to these questions. The acknowledgement of uncertainty allows novices to avoid searching for non-existent black and white answers. It is also confirmation that even established assumptions are not unshakable.

Below are links to all 15 CONy conferences and their key controversies:

Do you have the definitive answers to resolve these controversies? Are there important controversies that are missing here? Please leave a comment

Noncognitive Skills, Distinct From Cognitive Abilities, Are Important to Success Across the Life