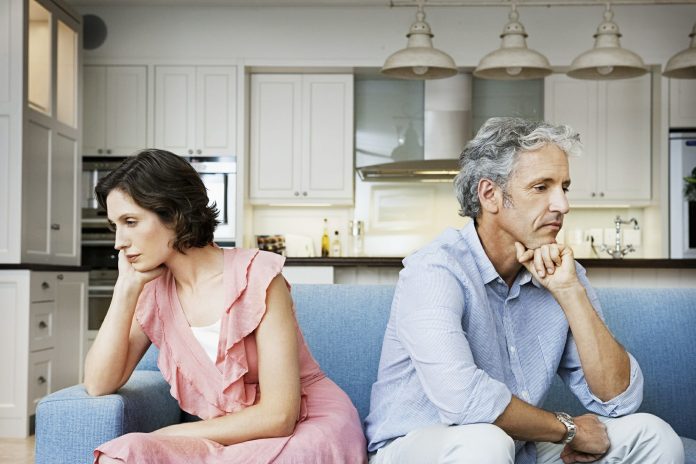 Although physicians might hope that there are no glass ceilings in medicine, recent evidence proves that to be untrue. In academic settings, women are under-represented in faculty positions, making up just 41% of that workforce, although their numbers have been on the rise since approximately 2019.1

Even when women gain employment in academic medical centers, they aren’t always given equal opportunities for advancement. In fact, results from 1 study concluded that physicians identifying as women were less likely than their counterparts who identified as men to be promoted to associate or full professorships, or to department chair positions. Despite the fact that this review spanned a 35-year period, no evidence of this gap narrowing was observed at any point in the study.2 Yet during the same period, more women had been given employment opportunities.

This advancement gap serves to widen pay inequities between the sexes, particularly in the field of internal medicine (IM). Within IM, low-level employment disparities have nearly disappeared because male and female physicians are almost equally represented in junior faculty positions.3 As a result, certain specialties, including infectious disease (ID), now report that female physicians comprise 46% of the workforce.3 Still, in light of persistent gaps in advancement opportunities, female physicians, including those in well-represented specialties, experience persistent pay gaps.3 We spoke with practicing physicians and researchers to gain a clearer picture of the effect that gender has had on their medical and academic careers.

According to Victoria Bengualid, MD, an ID specialist and director of an internal medicine residency program in the Bronx, New York, there is an overarching compensation problem in the field of IM. She notes recent statistics that reflected “[ID] specialists feel very unsatisfied with compensation in general, rating just a 44% satisfaction rate” compared with specialists in other fields of medicine.

If ID skews toward lower compensation rates for both genders, she believes that identifying as a woman may magnify the problem, as women do experience fewer publication opportunities. This became abundantly clear, she says, in the wake of the COVID-19 pandemic.

During this time of constant scientific discovery, many practicing ID specialists were able to pause and publish papers to share their findings and treatment recommendations. Yet, according to Dr Bengualid, “we the women in community-based institutions did not have the resources to provide patient care, collect data, and then write it up.” As a result, she believes the pandemic “skewed existing inequalities to worsen.”

Despitethese challenges, Dr Bengualid says that most of her ID colleagues are women. Working in a hospital setting, she notes that until very recently, “our [ID] department was 100% female.”

Dr Bengualid also reports that she’s never believed her gender held her back during training or at any point in her career, and that’s in spite of the fact that, when she was pursuing an ID fellowship, the specialty was “highly competitive.”

Now, lifestyle factors, including “wanting a family,” did steer Dr Bengualid away from procedure-based specialties such as cardiology. She even suspects that similar considerations may explain why so many of her ID peers are women. But even when considering the hiring and advancement equality in her field, she says ID is not immune to gender-based disparities in terms of respect and consideration.

“Our head of [ID] is very well regarded,” she says, “but she’s still treated in ways that reflect her woman’s voice. I can remember sitting in a conference with her, and she made a suggestion, but no one responded. Five minutes later, the guy next to her said the same thing, and everyone in the meeting said it was such a great idea. Quickly, she turned to him and said, ‘I’m glad you agree with me.’”

In other words, says Dr Bengualid, although she’s enjoyed equal opportunities throughout her ID career, she still believes that, as a woman, “you regularly have to assert yourself and remind people of your accomplishments.”

New research from Susan Clark Muntean, PhD, an associate professor of management at the University of North Carolina at Asheville, reveals that the COVID-19 pandemic has created new gender-based obstacles for female faculty in science, technology, engineering, and math (STEM).

Her study — a 4-year, $1.1 million National Science Foundation ADVANCE grant project — is still in progress, but early findings are troubling. Already, she and co-researcher Sally Wasileski, PhD, note that publications by female faculty decreased in 2020. Faculty who taught courses requiring a laboratory faced additional challenges in completing their scholarship or teaching classes. Female faculty of color faced the compounding issue of the ongoing racial justice movement, which often resulted in them shouldering the responsibility of additional student mentorship.

Dr Muntean believes this newly widened gender gap is directly tied to “motherhood status and continued social norms that place much more pressure and burden on mothers relative to fathers to take on child rearing and educational responsibilities for children.” She notes that during the COVID-19 lockdowns, “millions of women left the workforce or cut back significantly on their work outside the home to take on homeschooling or virtual and online learning. Women in academia experienced the same reduction in productivity, which manifests as decreased research productivity and taking on fewer service roles, including leadership and advancement of their careers. Fathers [in academia] do not show the same level of negative impact in their productivity and career track.” She concludes that “this is estimated to bring long-term negative career impacts on women as scholars and in academic leadership.” But she still believes there’s hope for the future.

A Way to Course Correct

Current research suggests that certain measures could remove obstacles to equality within academic and medical settings. One study suggests that “adding more women [sic] to the system is not enough,”4 as evidenced by persistent pay and promotion gaps in the face of increased numbers of female physicians in all fields of internal medicine.

Instead, new initiatives may be needed to undo historic inequities. Suggestions include seeking alumni and alumnae donations to specifically fund women in academic roles and encouraging department chairs to allocate flexible funds in support of women’s research productivity.4 In short, some financial investment may help ensure future equality for women in internal medicine. With will and effort, Dr Muntean believes these changes should be possible.

What Our Wandering Thoughts Can Teach Us About Mental Health

Madness, Disability, and Abolition: A Call for Movement Solidarity