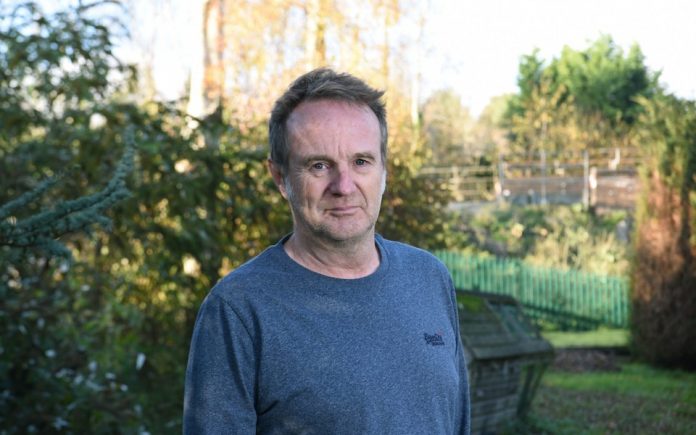 It is with great sadness that we write about the loss of one of our colleagues from the psychiatric drug withdrawal community; Doctor Ed White. Ed was a brave and tireless advocate for the community and spent a great deal of his time advising and supporting others despite his own challenges. Tragically, Ed ended his life on Wednesday, October 13, 2021. He was 57.

I had the pleasure of interviewing Ed for the Mad in America podcast, where we discussed his research work which laid bare the staggering number of people supporting each other in online withdrawal support groups. His paper, authored with John Read and Sherry Julo, was published in Therapeutic Advances in Psychopharmacology and will remain as a lasting and powerful tribute to his work as an advocate and researcher.

“I was alarmed when I found tens of thousands of people online seeking help with stopping antidepressants, many of whom are in a perilous state after being tapered too fast by their prescriber. Online peer support has become such an important avenue of care for people suffering antidepressant withdrawal and needing guidance to safely taper off these medications in the absence of medical backup from Doctors. The groups included in the research are probably the tip of the iceberg.” — Ed White

Professor John Read, who co-authored the research said: “In the last months of his life, Ed was working with us on a research paper analyzing a collection of several thousand inquest reports of deaths involving antidepressants. It is significant that the person who spent ten years collecting those reports chose Ed, of all the thousands of people in the community, to share their work with.”

Ed spent time as an administrator of a large Effexor withdrawal group where he provided help and support to others despite his personal challenges with the drug.

Gus Hibberd, a colleague and fellow support group member said “Ed helped others in desperate times of need and I hope they are thankful just like I’m thankful for that guy who messaged me from England while I was doing my shopping in Australia. He fought so hard, it wasn’t supposed to be this way.”

Ed spoke out openly and often of his experiences, always aiming to encourage debate and allow voices to be heard. He was selfless in his dedication to raising awareness and challenging misinformation. In January 2020, he was interviewed by Sky News in the UK and in February 2021 he wrote an important blog for David Healy’s Rxisk.org entitled Antidepressant Withdrawal: Avoid Doctors. With Katinka Newman he was a co-founder of the website Antidepressant Risks, where he and others share their stories.

In an extensive interview in The Telegraph (paywall) Ed said that he was put onto antidepressants in 2009. It was six years later, when starting to withdraw, that he began experiencing unusual symptoms and difficulties that he could not explain. He said “After four months, all hell broke loose, I had mood swings, panic attacks and nausea. Eventually, I was forced to take five months off work. I would drop my kids at school, go back to bed and cry. I was told by a psychiatrist that I had developed an ‘emotional attachment’ to my venlafaxine.”

Psychiatrist Mark Horowitz, who collaborated on research with Ed, said “Ed’s death is a huge loss. In the absence of medical support for people going through withdrawal from psychiatric drugs, members of the community have stepped forward to take their place and offer support and guidance to those going through the most awful times of their lives – Ed was one such person who selflessly shouldered the responsibility to care for others and did so with warmth, wisdom and patience.

He showed himself to be equally dedicated, passionate and diligent in communicating the silent epidemic of drug harm through research and advocacy, even whilst looking after his family, working full time alongside enduring his own personal suffering. It is sorrowful to have lost this good and kind man. And we must continue to work to prevent this preventable tragedy from happening again to others, as Ed had done so, tirelessly.”

We wish to send our deepest condolences to Ed’s wife and two teenage sons. Ed was a scholar, a gentleman and we will so miss him and his crucial participation in many of the online support groups for psychiatric drug withdrawal where he supported and advised so many.

Ed made a significant and important contribution to the scientific evidence that shines a light on the experience of difficult withdrawal. His work had great impact and will continue to do so as we make progress in getting such experiences recognised and responded to.