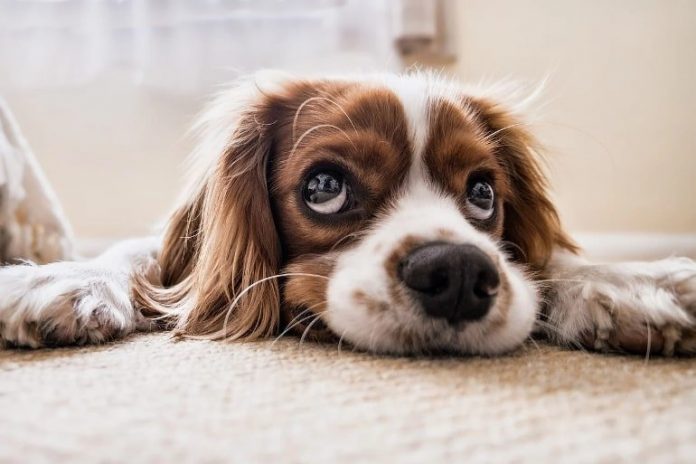 Summary: Hyperactivity, impulsivity, and inattention are more common in male dogs and young puppies, researchers say. The findings correspond to age and gender associated with ADHD in humans.

“Our findings can help to better identify, understand and treat canine hyperactivity, impulsivity and inattention. Moreover, they indicated similarity with human ADHD, consolidating the role of dogs in ADHD-related research,” says Professor Hannes Lohi, head of a canine gene research group at the University of Helsinki.

Professor Lohi’s research group collected data on more than 11,000 dogs by conducting an extensive behavioural survey. Hyperactivity, impulsivity and inattention were examined using questions based on a survey utilised in human ADHD research. The goal of the study was to identify environmental factors underlying canine ADHD-like behaviour and potential links to other behavioural traits.

“We found that hyperactivity, impulsivity and inattention were more common in young dogs and male dogs. Corresponding observations relating to age and gender in connection with ADHD have been made in humans too,” says Jenni Puurunen, PhD.

Dogs who spent more time alone at home daily were more hyperactive, impulsive and inattentive than dogs who spent less time on their own.

“As social animals, dogs can get frustrated and stressed when they are alone, which can be released as hyperactivity, impulsivity and inattention. It may be that dogs who spend longer periods in solitude also get less exercise and attention from their owners,” Sulkama muses.

The researchers discovered a new link between hyperactivity and impulsivity, and the owner’s experience with dogs, as the two traits were more common in dogs who were not their owners’ first dogs. The causality of this phenomenon remains unclear.

“People may pick as their first dog a less active individual that better matches the idea of a pet dog, whereas more active and challenging dogs can be chosen after gaining more experience with dogs,” explains Sulkama.

Breeding has had a significant effect on the breed-specific behaviour of different dog breeds. Differences between breeds can also indicate genes underlying the relevant traits.

“Hyperactivity and impulsivity on the one hand, and good concentration on the other, are common in breeds bred for work, such as the German Shepherd and Border Collie. In contrast, a more calm disposition is considered a benefit in breeds that are popular as pets or show dogs, such as the Chihuahua, Long-Haired Collie and Poodle, making them easier companions in everyday life. Then again, the ability to concentrate has not been considered as important a trait in these breeds as in working breeds, which is why inattention can be more common among pet dogs,” Professor Lohi says.

Link to other behavioural problems

“The findings suggest that the same brain regions and neurobiological pathways regulate activity, impulsivity and concentration in both humans and dogs. This strengthens the promise that dogs show as a model species in the study of ADHD. In other words, the results can both make it easier to identify and treat canine impulsivity and inattention as well as promote ADHD research,” Sulkama sums up.

About this animal psychology research news

Attention-deficit hyperactivity disorder (ADHD) is a prevalent neurodevelopmental disorder impairing the quality of life of the affected individuals. The domestic dog can spontaneously manifest high hyperactivity/impulsivity and inattention which are components of human ADHD. Therefore, a better understanding of demographic, environmental and behavioural factors influencing canine hyperactivity/impulsivity and inattention could benefit both humans and dogs.

We collected comprehensive behavioural survey data from over 11,000 Finnish pet dogs and quantified their level of hyperactivity/impulsivity and inattention. We performed generalised linear model analyses to identify factors associated with these behavioural traits.

Our results indicated that high levels of hyperactivity/impulsivity and inattention were more common in dogs that are young, male and spend more time alone at home.

Multiple of these associations have also been identified in humans, strengthening the role of the dog as an animal model for ADHD.

Imaging Parameters of the Ipsilateral Medial Geniculate Body May Predict Prognosis of Patients with...

Osmophobia May Be a Clinical Diagnostic Marker of Pediatric Migraine