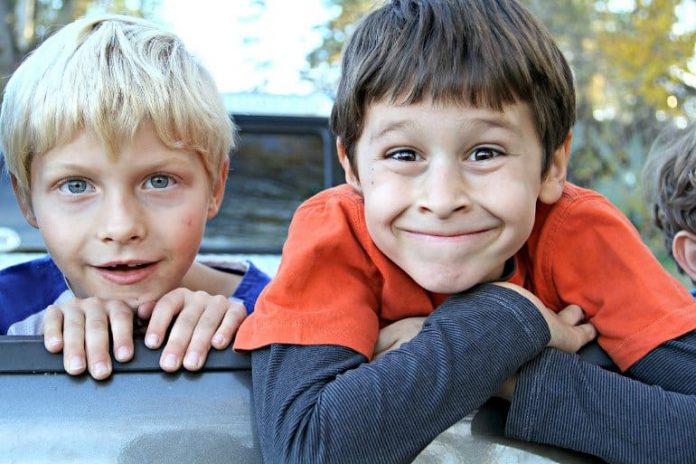 Summary: The link between humor and intelligence appears to be much stronger in children than in adults, a new study reports.

The study, “Are more humorous children more intelligent? A case from Turkish culture” published in the De Gruyter journal Humor, also shows that the link between humor and intelligence appears to be much stronger in children than adults.

Humor has been considered a sign of high intelligence throughout human history, such as men telling jokes to demonstrate their cleverness and adaptability to potential mates. And while many studies show some correlation between intelligence and humor in adults, there is less research on the phenomenon in children.

For the new study, more than 200 children produced captions for 10 newly drawn cartoons. Seven experts then rated the funniness of the captions and their relevance to the cartoons, with a total of 30,380 ratings.

When the intelligence and humor performance of these children were compared, the researchers found that general intelligence was highly correlated with humor. Intelligence explained 68% of the difference in humor ability and, in particular, children with higher general knowledge and higher verbal reasoning were found to have higher humor ability.

While the study showed differences in the strength of the link between intelligence and humor for children and adults, the authors say the cultural context is also important. Prior research on humor and intelligence has mostly been carried out in Western cultures, whereas the new study explored the relationship in Turkish culture, which is a synthesis of Western and Eastern cultures.

Both humor and intelligence are shaped by cultural norms, beliefs and values. A joke considered hilarious in one culture may not be funny in another. Likewise, a particular behavior may be considered a sign of high intelligence in one culture but other cultures may find such behavior inappropriate. Thus, the influence of intelligence on humorous behaviors should be evaluated in specific cultures, the study’s authors state.

“While humor is frequently used for entertainment by adults, children use it mostly for peer acceptance. Therefore, the nature of adult and child humor differs,” said lead author Professor Ugur Sak from Anadolu University, Turkey.

“We were particularly interested in the quality of humor made by children but evaluated by adults. Parents and teachers should be aware that if their children or students frequently make good quality humor, it is highly likely that they have extraordinary intelligence.”

This study aimed to investigate the relationship between intelligence and humor ability in a Turkish sample. The sample included 217 middle-school students with a wide range of intelligence measured by a Turkish intelligence test (ASIS).

Humor ability was measured using the Humor Ability Assessment Form. Students were instructed to write captions for 10 cartoons that were as funny and relevant as possible. Seven experts rated the funniness of the captions and their relevance to the cartoons, yielding a total of 30,380 ratings (217 students × 10 cartoons × two criteria × seven experts).

The findings showed that both general intelligence and the second-level components (verbal ability, visual-spatial ability, and memory) had high correlations with humor ability. Intelligence explained 68% of the variance in humor ability. Among the third-level factors, verbal analogical reasoning was the primary predictor of humor ability (β = 0.325, p < 0.001).

A Blood Test For Depression and Bipolar Disorder

Pygmalion Effect – A Leader’s Attitude and Expectation Set the Tone