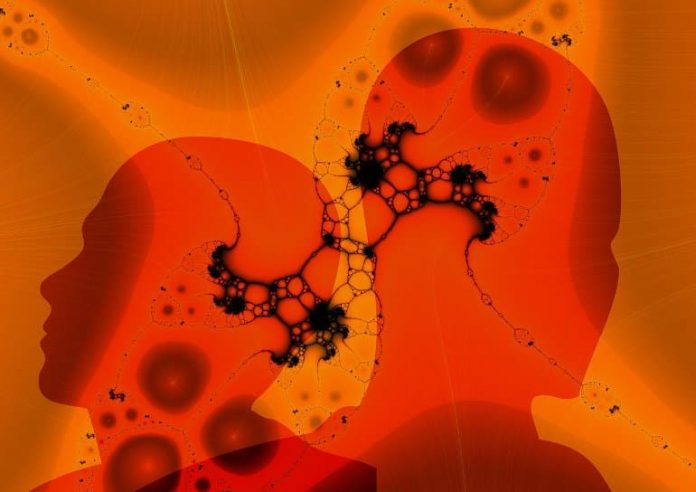 Summary: Axitinib, a chemotherapy drug that inhibits the growth of new blood vessels in the brain, improved memory and cognition in mouse models of Alzheimer’s disease.

A drug commonly used to treat cancer can restore memory and cognitive function in mice that display symptoms of Alzheimer’s disease, new UBC research has found.

The drug, Axitinib, inhibits the growth of new blood vessels in the brain—a feature shared by both cancer tumours and Alzheimer’s disease, but this hallmark represents a new target for Alzheimer’s therapies.

Mice with Alzheimer’s disease that underwent the therapy not only exhibited a reduction in blood vessels and other Alzheimer’s markers in their brains, they also performed remarkably well in tests designed to measure learning and memory.

“We are really very excited, because these findings suggest we can repurpose approved anti-cancer drugs for use as treatments for Alzheimer’s disease,” said Professor Wilf Jefferies, the study’s senior author and principal investigator at the Centre for Blood Research, Vancouver Prostate Centre and Michael Smith Laboratories. “It could shorten the clinical development by years.”

Alzheimer’s disease is estimated to affect 50 million people worldwide. The condition is characterized by cognitive decline, memory loss and dysfunctional changes in the brain.

Potential Alzheimer’s treatments have shown promise in animal models before, but failed in clinical trials. Typically, these strategies target a protein called tau or a protein fragment known as beta-amyloid, but the UBC researchers chose a different approach. They left the traditional targets alone and instead focused on curbing angiogenesis: the growth of new blood vessels.

“The vast majority of clinical trials have either directly or indirectly targeted beta-amyloid or tau,” said Prof. Jefferies. “Other than some controversial recent results, there’s been a paucity of success in these clinical trials. So, a great deal of effort appears to have been directed toward the wrong targets for reversing Alzheimer’s disease.”

Setting the stage for the present study, Prof. Jefferies’ earlier pioneering work had shown that the proliferation of blood vessels compromises the blood-brain barrier in patients with Alzheimer’s disease. This barrier, made largely of blood vessels, is believed to protect the brain from infection because foreign molecules cannot easily cross it.

Since cancerous tumours also rely on new blood vessel growth to survive and thrive, the researchers reasoned that a proven anti-cancer drug might halt the process in Alzheimer’s.

“Axitinib, the anti-cancer drug we used, blocks a receptor in the brain called a tyrosine kinase receptor, which is partly responsible for spurring blood vessel formation,” explained Dr. Chaahat Singh, the paper’s first author and a postdoctoral fellow working with Prof. Jefferies. “It stops abnormal blood vessels from growing, which then prevents many downstream effects.”

In a typical test, a mouse is trained how to reach a reward through a maze. A healthy mouse can find its way back to the reward, while an animal with Alzheimer’s disease symptoms cannot.

The treatment has only been applied to mice thus far. Clinical trials will be needed to assess the effectiveness of this treatment in patients with Alzheimer’s disease, as well as consideration for the long-term use of anti-cancer drugs in people living with Alzheimer’s, who are mostly elders.

Still, the researchers are optimistic. If Axitinib does work well in humans, repurposing an already-approved drug could more rapidly advance its use for Alzheimer’s.

“Researchers including myself have been disappointed in observing numerous clinical trials for Alzheimer’s disease fail to reach their clinical endpoints,” said Prof. Jefferies. “The therapeutic approach we discovered has an opportunity to revise the clinical treatment of Alzheimer’s patients, which I think is absolutely needed at this point for the field to advance.”

Prof. Jefferies and his collaborators have shared their findings in EBioMedicine, published by The Lancet.

Funding: The Canadian Institutes of Health Research, the W. Garfield Weston Foundation and the UBC Centre for Blood Research provided funding to Prof. Jefferies for this research.

About this neuropharmacology and Alzheimer’s disease research news

Cognitive decline leading to dementia, accompanied by the accumulation of amyloid-beta (Aβ) in neuritic plaques together with the appearance of neurofibrillary tangles (NFT) composed of hyperphosphorylated tau protein (tau), are previously noted hallmarks of Alzheimer’s disease (AD). We previously discovered hypervascularity in brain specimens from AD patients and consistent with this observation, we demonstrated that overexpression of Aβ drives cerebrovascular neoangiogenesis leading to hypervascularity and coincident tight-junction disruption and blood-brain barrier (BBB) leakiness in animal models of AD.

We subsequently demonstrated that amyloid plaque burden and cerebrovascular pathogenesis subside when pro-angiogenic Aβ levels are reduced. Based on these data, we propose a paradigm of AD etiology where, as a compensatory response to impaired cerebral blood flow (CBF), Aβ triggers pathogenic cerebrovascular neoangiogenesis that underlies the conventional hallmarks of AD. Consequently, here we present evidence that repurposing anti-cancer drugs to modulate cerebrovascular neoangiogenesis, rather than directly targeting the amyloid cascade, may provide an effective treatment for AD and related vascular diseases of the brain.

Modulation of neoangiogenesis, in an analogous approach to those used to treat aberrant vascularization in cancer and also in the wet form of age-related macular degeneration (AMD), provides an alternative therapeutic strategy for intervention in AD that warrants clinical investigation.

The Case of Joshua Spriestersbach: If This Is a Horror Story, What Does it...

The Power of Touch: How Physical Contact Can Reshape the Clinical Exam — Part...

Patients With Dystonia Have Increased Prevalence of Suicidal Behavior