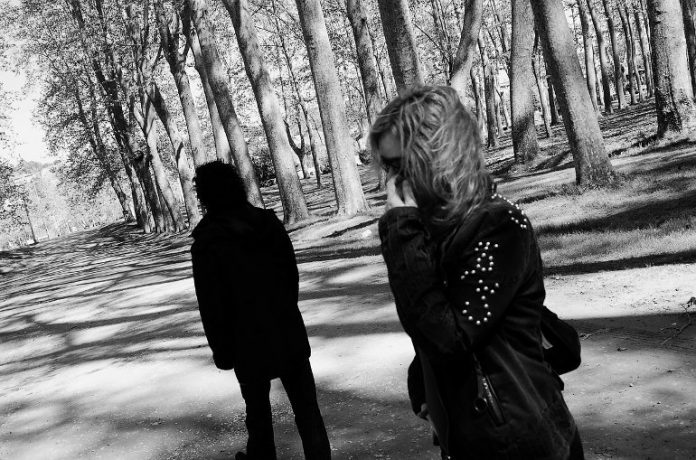 Summary: Study found structural differences in the prefrontal cortex and brain areas associated with empathy and cognitive control, between siblings where one displayed antisocial behaviors and the other did not.

Structural differences in the area of the brain responsible for decision making could explain why two siblings living in the same family might differ in their risk of developing the condition conduct disorder.

Psychologists and neuroscientists have long puzzled over why siblings with seemingly the same upbringing and genetic makeup might differ so significantly in terms of their behaviour: how do some young people growing up in families with antisocial or criminal behaviour manage to stay out of trouble (the ‘white sheep’ of the family)?

Researchers at the universities of Bath and Southampton investigated this question by studying different members of the same families – some with the mental health condition conduct disorder, and some with no behavioural problems.

Conduct disorder is characterised by repetitive patterns of aggressive and antisocial behaviour. It results in substantial personal and financial costs for affected individuals, their families and society in general and is one of the most common reasons for referral to Child and Adolescent Mental Health Services in the UK.

Conduct disorder has a prevalence rate of around 5% among young people aged between 5 and 16, although there is a steep social class gradient: a 2004 survey revealed almost 40% of looked-after children, those who had been abused or on safeguarding registers, had conduct disorder. Despite all this, general awareness of the condition remains low and it is not recognised by many psychologists or psychiatrists.

The new study, published today in the journal Psychological Medicine, sought to understand underlying mechanisms which might determine someone’s risk of developing the condition. The international team, including Dr Graeme Fairchild at the University of Bath, conducted MRI brain scans on 41 adolescents with conduct disorder, 24 unaffected siblings (who had a brother or sister with conduct disorder but did not show the condition themselves) and 38 typically developing controls with no family history of conduct disorder.

Their analysis found that young people with conduct disorder and their relatives both displayed structural differences in the brain – in a part of the brain called the inferior parietal cortex. However, there were also structural changes in the brain that were specific to the conduct disorder group in brain regions responsible for empathy and cognitive control / inhibiting behaviour that were not found in the unaffected siblings.

In addition, the researchers also found changes in the prefrontal cortex, a brain area involved in planning and decision-making, that were specific to the unaffected sibling group – which may explain why they are protected from showing antisocial behaviour despite growing up with either environmental or genetic risk factors for conduct disorder. Previous work from the same team found that despite differences in antisocial behaviour between siblings, both those with conduct disorder and their unaffected siblings had difficulties in recognising emotional facial expressions.

Dr Graeme Fairchild from the University of Bath’s Department of Psychology explains: “Our study aimed to understand the root causes of conduct disorder, specifically what makes members of the same family differ in their antisocial behaviour and are there genetic risk markers for conduct disorder in the brain.

“This is one of the first family-based studies of conduct disorder and it confirms that the brain is important for distinguishing between members of the same family who are at higher risk of developing antisocial or criminal behaviour.

“Interestingly, whilst our previous work showed common impairments between affected and unaffected siblings in recognising facial expressions, this study suggests that key behavioural differences may be determined by small changes in the part of the brain responsible for executive functioning or decision-making. These differences could make some siblings more prone to risky behaviour and should now be a focus of future study.”

The authors hope their findings can in time help guide early interventions for the younger siblings of teenagers with conduct disorder, helping them to access help and treatment at an earlier age.

Previous studies have reported brain structure abnormalities in conduct disorder (CD), but it is unclear whether these neuroanatomical alterations mediate the effects of familial (genetic and environmental) risk for CD. We investigated brain structure in adolescents with CD and their unaffected relatives (URs) to identify neuroanatomical markers of familial risk for CD.

The CD and UR groups both displayed structural alterations (lower surface area and folding) in left inferior parietal cortex compared with controls. In contrast, CD participants showed lower insula and pars opercularis volume than controls, and lower surface area and folding in these regions than controls and URs. The URs showed greater folding in rostral anterior cingulate and inferior temporal cortex than controls and greater medial orbitofrontal folding than CD participants. The surface area and volume differences were not significant when controlling for attention-deficit/hyperactivity disorder comorbidity. There were no group differences in subcortical volumes.

These findings suggest that alterations in inferior parietal cortical structure partly mediate the effects of familial risk for CD. These structural changes merit investigation as candidate endophenotypes for CD. Neuroanatomical changes in medial orbitofrontal and anterior cingulate cortex differentiated between URs and the other groups, potentially reflecting neural mechanisms of resilience to CD.