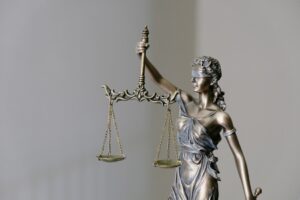 From Queensland Law Society: “A psychiatric patient who underwent almost 35 years of intensive treatment and prescription drug use for a depressive illness he now claims he never had has been given the green light to sue his specialist clinician.

. . . In summarising the case, Judge Barlow said . . . ‘(Mr Harvey) alleges that (Dr Slaughter) advised him that he suffered from a depressive illness that would require lifetime treatment with drugs. (Mr Harvey) received treatment from the (Dr Slaughter), comprising regular consultations and the prescription of a large number of drugs, between 1984 and 2016.

‘(Mr Harvey) stopped taking the prescribed drugs in 2016, although he continued to see the defendant until 2018. He claims that, thereafter, he recovered his joie de vivre (exuberant joy for life) and he has since been diagnosed by other psychiatrists as suffering no psychiatric illness and as likely never to have suffered such an illness.’

The court was told Mr Harvey contends that while on the medications he suffered a large number of serious side effects that caused him personal injury and loss.

‘In 2019, (Mr Harvey) obtained leave to commence a claim in this court, against (Dr Slaughter), seeking damages for personal injury caused by the (clinician’s) alleged negligence, breach of contract, battery and misleading or deceptive conduct over the period of the defendant’s treatment of the plaintiff up to 2016,’ Judge Barlow said in a ruling handed down on 29 July.”

What It Really Means to Be Obsessive-Compulsive

Is Mad in America Doing More Harm Than Good?

Could Benign Paroxysmal Positional Vertigo Be Related to Migraine?