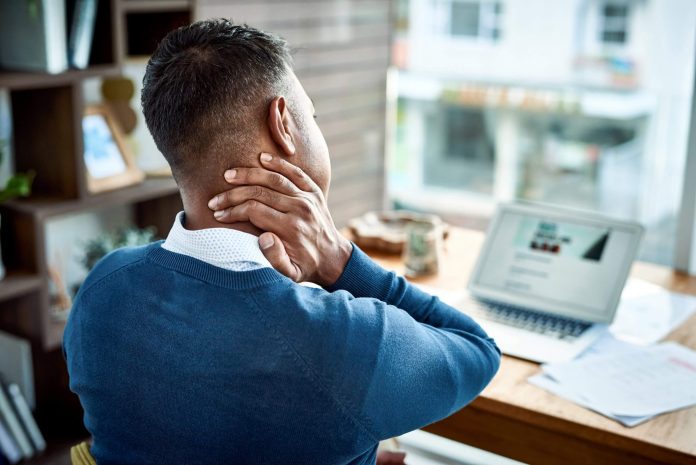 According to a 2020 Cochrane review, botulinum toxin type A injection is the “first-line therapy” for cervical dystonia, a painful movement disorder of the neck. Unfortunately, there is still little evidence to direct clinicians toward the best ways to target muscles and guide these injections.

We spoke with neurologist Dr. Laxman Bahroo, director of the Botulinum Toxin Clinic at Georgetown University Hospital, to help us fill in the blanks. This interview has been lightly edited for clarity.

NI: How do you know which muscles are involved in each case?

Dr. Bahroo: You have to start with surface anatomy. We look for asymmetry or hypertrophy, which muscles look bigger, and we palpate the muscles. You must also understand what each muscle does.

One of the trickiest things about injecting muscles in the neck is that each muscle does more than one action. For example, the sternocleidomastoid is a muscle that rotates your head to the opposite side, but it side-bends to the same side. When both sternocleidomastoids are in use, it actually brings your head forward and then flexes your head. Some muscles will move you towards one posture and some will move you away.

NI: Which muscles do you inject most often for patients with cervical dystonia?

Dr. Bahroo: The most common muscles are probably the following: sternocleidomastoid, trapezius, splenius capitis, semispinalis, levator scapulae. Those make up probably about 75 percent of the injections done. Other potential muscles are scalenes and longissimus. There may be some suboccipital muscles too.

NI: Which guidance systems are best to assist with injections?

Dr. Bahroo: There are four major guidance options. One is just surface anatomy, the second is EMG, the third is ultrasound, and the fourth is ESTIM. The one thing that’s been found is that any form of guidance is better than just using surface anatomy. As far as the others, no one guidance shows up as being better than any other. When I say better, I mean less botulinum toxin used with better efficacy, and fewer side effects.

ESTIM tends to be least used because it tends to be a little painful and uncomfortable. You’re giving a little stimulation and it’s causing a muscle spasm. The other components are EMG versus ultrasound. There are pros and cons to each one. I think it ultimately comes down to what you’re comfortable with or what’s easier to use.

NI: What are the pros and cons of using ultrasound guidance?

Dr. Bahroo: Ultrasound is something that will show you the anatomy — you get a good topical picture of where the needle is going. But you don’t get any idea of muscle activity.

NI: What are the pros and cons of using EMG guidance?

Dr. Bahroo: Neurologists are more familiar with EMG than ultrasound because they’ve learned EMG as part of their training. For a neurologist just starting out in this, EMG is a good entry point. You’re better off starting with the guidance that you’re comfortable with already than learning a new guidance system.

Doing an EMG guided injection can help determine whether one set of muscles is more active than another. You put a needle in and you get to hear the activity of the muscle. You may be in a layer too deep, though, so you really have to be able to isolate that muscle by its mobility and activity, to be able to determine that you are where you think you are.

NI: What part of the muscle do you aim for when injecting?

Dr. Bahroo: We try to aim for the belly of the muscle, preferentially, with some caveats. For safety reasons, we try to stay in more sequestered locations like in the sternocleidomastoid. The mapping of many of these muscles, and what are the most active zones, is not always known. That is something that is emerging. Being able to map the high-density zones and motor end plates in muscles, it will guide injection technique going forward.

Special thanks to Laxman Bahroo, DO, FAAN, director of the Botulinum Toxin Clinic and Associate Professor of Neurology at MedStar Georgetown University Hospital.