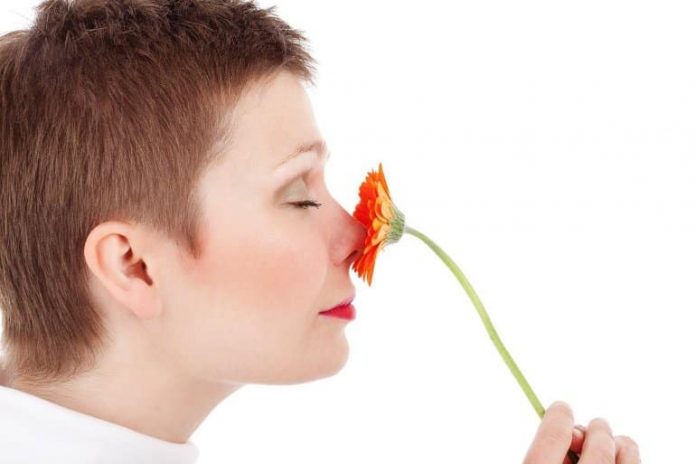 Summary: Dopamine-controlled fan cells in the lateral entorhinal cortex are required for the formation of associative memories.

Has the scent of freshly baked chocolate chip cookies ever taken you back to afternoons at your grandmother’s house? Has an old song ever brought back memories of a first date?

The ability to remember relationships between unrelated items (an odor and a location, a song and an event) is known as associative memory.

Psychologists began studying associative memory in the 1800s, with William James describing the phenomenon in his 1890 classic The Principles of Psychology. Scientists today agree that the structures responsible for the formation of associative memory are found in the medial temporal lobe, or the famous “memory center” of the brain, but the particular cells involved, and how those cells are controlled, have remained a mystery until now.

Neuroscientists at the University of California, Irvine have discovered specific types of neurons within the memory center of the brain that are responsible for acquiring new associative memories.

Additionally, they have discovered how these associative memory neurons are controlled. We rely on associative memories in our everyday lives and this research is an important step in understanding the detailed mechanism of how these types of memories are formed in the brain.

“Although associative memory is one of the most basic forms of memory in our everyday life, mechanisms underlying associative memory remain unclear” said lead researcher Kei Igarashi, faculty fellow of the Center for the Neurobiology of Learning and Memory and assistant professor of anatomy & neurobiology at the UCI School of Medicine.

The study published today in the journal Nature, reports for the first time, that specific cells in the lateral entorhinal cortex of the medial temporal lobe, called fan cells, are required for the acquisition of new associative memories and that these cells are controlled by dopamine, a brain chemical known to be involved in our experience of pleasure or reward.

In the study, researchers used electrophysiological recordings and optogenetics to record and control activity from fan cells in mice as they learn to associate specific odors with rewards. This approach led researchers to discover that fan cells compute and represent the association of the two new unrelated items (odor and reward).

This discovery is an important piece in the puzzle of understanding how memories are formed in the brain and lays a foundation on which other researchers can continue to build. Associative memory abilities are known to decline in neurodegenerative diseases like Alzheimer’s Disease.

Understanding the neurobiological mechanism of how these memories are formed is the first step to developing therapeutics to slow the loss of associative memory abilities in Alzheimer’s Disease.

About this memory and olfaction research news

Mounting evidence shows that dopamine in the striatum is critically involved in reward-based reinforcement learning. However, it remains unclear how dopamine reward signals influence the entorhinal–hippocampal circuit, another brain network that is crucial for learning and memory.

Here, using cell-type-specific electrophysiological recording, we show that dopamine signals from the ventral tegmental area and substantia nigra control the encoding of cue–reward association rules in layer 2a fan cells of the lateral entorhinal cortex (LEC).

These results suggest that LEC fan cells represent a cognitive map of abstract task rules, and that LEC dopamine facilitates the incorporation of new memories into this map.

Use Rewards Effectively to Boost Creativity

AAN Focuses on Equity, Diversity and Inclusion at Annual Meeting