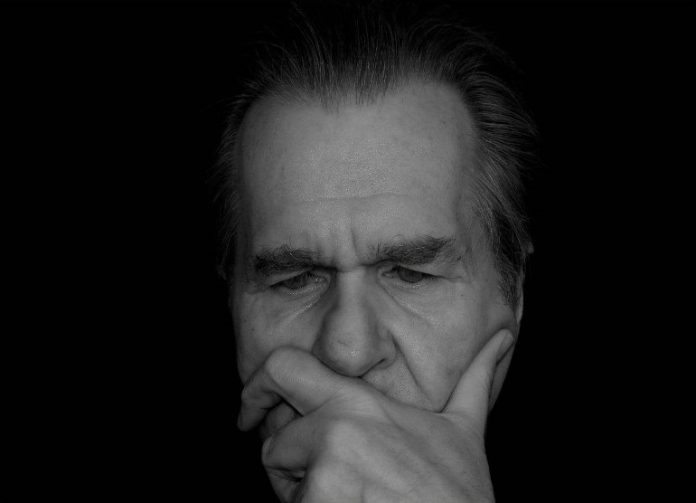 Summary: Two new intranasal drugs slow inflammation and stop the spread of alpha-synuclein in mouse models of Parkinson’s disease. The drug also improved gait and balance in the animals. If the results are able to be replicated in humans, researchers say the drugs could be hailed as a “remarkable advance” in the treatment of Parkinson’s disease.

Potential new treatments for Parkinson’s disease developed by researchers at Rush University Medical Center have shown success in slowing progression of the disease in mice.

In a study published in Nature Communications, Rush researchers found that two different peptides (chains of amino acids) helped slow the spread of alpha-synuclein, a protein that occurs in abnormal protein deposits called Lewy bodies in the brain. Lewy bodies are hallmarks of Parkinson’s disease, the most common movement disorder affecting about 1.2 million people in the United States and Canada.

“Currently, there are no treatments that slow the progression of Parkinson’s disease — they only treat the symptoms,” says Kalipada Pahan, PhD, the Floyd A. Davis Professor of Neurology at Rush University Medical Center and a research career scientist at the Jesse Brown VA Medical Center, who led the study.

Lewy bodies are also associated with the development of Lewy body dementia and a rare neurological disorder called multiple system atrophy (MSA). “At present, there is also no effective treatment for dementia with Lewy bodies and multiple system atrophy,” Pahan says. “Understanding how these diseases work is important to developing effective drugs that inhibit alpha-synuclein pathology, protect the brain, and stop the progression of Lewy body diseases.”

The lab-developed peptides tested in the study are known as TLR2-interacting domain of Myd88 (TIDM) and NEMO-binding domain (NBD). The drugs, which were delivered through the nose, were found to slow inflammation in the brain and stop the spread of alpha-synuclein in mice with Parkinson’s disease. The treatments also improved the mice’s gait, balance, and other motor functions.

“If these results can be replicated in patients, it would be a remarkable advance in the treatment of devastating neurological disorders,” Pahan says.

Funding: The research was supported by funding from the National Institutes of Health.

Pathways to control the spreading of α-synuclein (α-syn) and associated neuropathology in Parkinson’s disease (PD), multiple system atrophy (MSA) and dementia with Lewy bodies (DLB) are unclear. Here, we show that preformed α-syn fibrils (PFF) increase the association between TLR2 and MyD88, resulting in microglial activation.

In summary, α-syn spreading depends on the TLR2/MyD88/NF-κB pathway and it can be reduced by nasal delivery of wtTIDM and wtNBD peptides.

Hikikomori: Understanding the People Who Choose to Live in Extreme Isolation