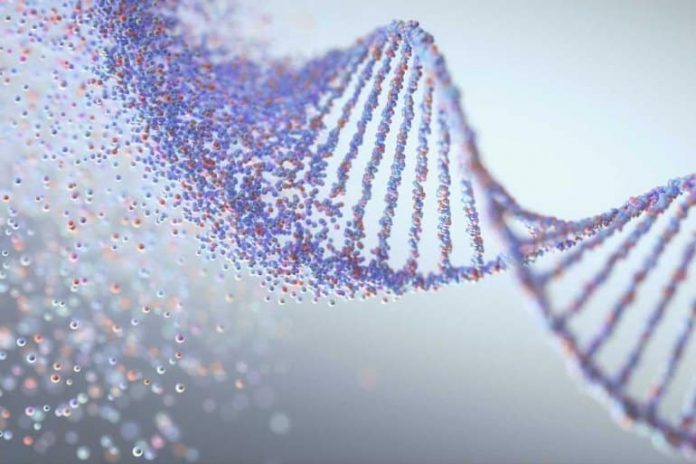 Summary: A newly identified gene therapy pathway has the potential to protect us against dementia and cancer, researchers report.

Researchers from the University of Sheffield have discovered a new gene therapy pathway that has uncovered an important regulatory mechanism to keep our genome healthy. This pathway has the potential to protect us against serious life-limiting diseases such as cancer and dementia.

Cancer and neurodegeneration are two major health challenges currently affecting the population, and they constitute two sides of the same coin – one is caused by uncontrolled cell proliferation due to genome damage, and the other is caused by excessive genome damage that causes cell death. This new pathway impacts both and offers new therapeutic opportunities to help the fight against disease.

Published in Nature Communications, the research found that when cells in our body read DNA to build proteins, they often make mistakes that can damage our genome, causing disease such as cancer and dementia.

However, by investigating how cells fix damage in the DNA to keep us healthy, scientists have discovered the benefits of three proteins working together as a team. The three proteins, called USP11, KEAP1 and SETX, receive instructions from their coach to direct their function in space and time with remarkable harmony, to keep our DNA healthy.

By understanding how cells protect themselves from these mistakes and thus preventing diseases, scientists are able to modify the behaviour of these proteins to promote the health and wellbeing of people.

“The findings are important and significant, this is because we are now at the stage where we could make drugs to control this modification. This would be useful in killing cells, which is what we do when we treat elderly people for cancer. The other application would be to reduce the level of genome damage, which could be beneficial for other aging associated disorders like dementia,” said Professor Sherif El-Khamisy.

The work forms part of the research taking place at the University of Sheffield’s Healthy Lifespan Institute and the Neuroscience Institute.

The Healthy Lifespan Institute brings together 140 world-class researchers from a wide range of disciplines with the aim of slowing down the ageing process and tackling the global epidemic of multi-morbidity – the presence of two or more chronic conditions – in a bid to help everyone live healthier, independent lives for longer and reduce the cost of care.

The Neuroscience Institute aims to translate scientific discoveries from the lab into pioneering treatments that will benefit patients living with neurodegenerative disorders.

About this genetics, cancer and dementia research news

Original Research: The study will appear in Nature Communications