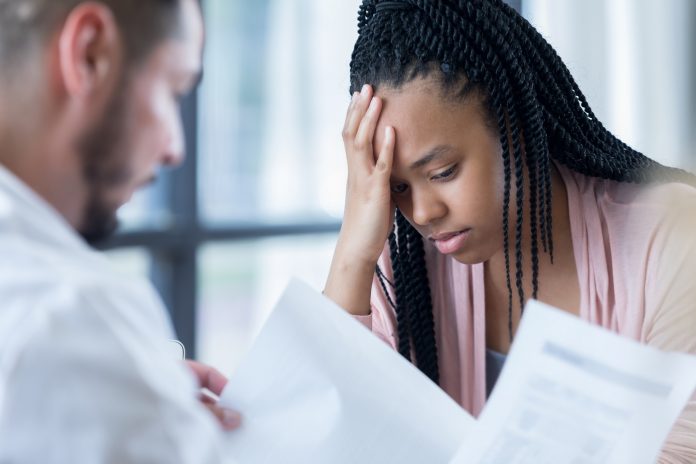 A review published in Headache discusses the potential treatment options for acute migraine attacks and for migraine prevention in patients with vascular disease, and elaborates on the association between treatment with triptans and the risk for vascular disease. 1

Triptans are the most commonly prescribed treatments for acute migraine attacks; however, these drugs are contraindicated in patients with uncontrolled arterial hypertension, coronary artery disease (CAD), and after a stroke or transient ischemic attack.1

The Relationship Between Migraine and Arterial Hypertension

Multiple studies have addressed the relationship between migraine and hypertension, with data suggesting a positive association between the 2 entities; hypertension may lead to a higher frequency and severity of migraine attacks. 2,3

While acetylsalicylic acid, acetaminophen, and NSAIDs may be used to treat migraine in patients with arterial hypertension, triptans should not be used in those with uncontrolled hypertension, though the definition of “uncontrolled” in literature has been vague.1

A meta-analysis to determine the efficacy of preventive pharmacologic treatments for migraine in adults reported that various beta-blockers, including propranolol, metoporlol, atenolol, and nadolol, as well as angiotensin-converting enzyme (ACE) inhibitors captopril and lisinopril, and angiotensin receptor blocker (ARB) candesartan, were superior to placebo in reducing monthly migraine frequency by 50% or more.4

In light of available data and in accordance with FDA approval, triptans should not be used for acute migraine attacks in patients with uncontrolled hypertension, specifically during a hypertensive crisis. With regard to migraine prophylaxis, beta-blockers and angiotensin-inhibiting drugs may be considered in the prevention of migraine attacks and control blood pressure. 1,4

Migraine With and Without Aura and Cardiovascular Disease (CVD) Risk

The risk for CVD and myocardial infarction (MI) is increased in patients with migraine, with or without aura and independent of drug therapy.1

A meta-analysis of 16 observational cohort studies with more than 1.1 million individuals reported that migraine was associated with a higher risk for major adverse cardiovascular and cerebrovascular events, mainly secondary to a higher risk for long-term stroke and MI. Compared with patients without aura, those with aura had worse cardiovascular and cerebrovascular outcomes, including stroke and MI.6

Triptans are contraindicated in patients with ischemic heart disease because of concerns about vasospasm of coronary vessels that could lead to myocardial ischemia. However, it is now believed these drugs activate serotonin (5-HT) 1D receptors.1

According to the FDA approval document for sumatriptan, the contraindications for use include ischemic cardiac diseases, ischemic CAD (angina pectoris, history of myocardial infarction, or documented silent ischemia), or coronary artery vasospasm, including Prinzemetal’s angina. However, data published after triptans approval showed that the risk for acute coronary syndrome in the treatment of acute migraine was extremely low.1

In patients with known angina pectoris or MI, acetylsalicylic acid may be used for acute migraine. Additional treatment options for these patients can include novel medications for migraine that do not exhibit vasoconstriction of the cerebral, coronary, and peripheral arteries, including calcitonin-gene-related peptide (CGRP) antagonists and 5-HT1F agonists. However, there are no specific studies to determine the safety of these medications in patients with active CAD.1

In the absence of contraindications, beta-blockers may be the most suitable treatment for migraine prophylaxis in patients with CAD, as these medications are considered part of the standard care following an acute coronary syndrome. Other treatment options for migraine prophylaxis may include topiramate, valproic acid, and onabotuliniumtoxin A.  Researchers believe that because of the important role of CGRP-mediated dilation of collateral vessels in patients with coronary heart disease, antibodies against the molecule or its receptor should not be used as treatment in these patients.1

Migraine Treatment and Risk for Stroke

Patients with migraine were found have 2 times increased risk for stroke, especially for patients who have migraine with aura.1 Mahmoud and colleagues reported migraine was associated with a 41% increased risk for stroke (adjusted hazard ratio, 1.41; 95% CI, 1.25-1.61), but this increased risk was limited to patients who had migraine with aura (adjusted hazard ratio, 1.56; 95% CI, 1.30-1.87), but not in those without aura.6 Neurophysiologic studies have linked migraine aura to cortical spreading depression, which may predispose the brain to cerebral hypoperfusion and arterial ischemia.8

The risk for stroke is further increased when adding estrogen-containing contraceptives or cigarette smoking.1

Because triptans are contraindicated in patients with cerebrovascular syndrome, including stroke and transient ischemic attack, the treatment of migraine attacks in these cases may include acetylsalicylic acid, NSAIDs, lasmiditan or CGRP antagonists.1

Researchers believe that because vasoconstriction does not play a prominent role in most cases of ischemic stroke (only one-quarter are caused by large vessel disease) and triptans are associated with constriction of the extracranial but not intracranial arteries, the contraindication for triptans use in these patients is not yet justified.1

However, subarachnoid hemorrhage-related vasospasm and reversible cerebral vasoconstriction syndrome are 2 forms of cerebral ischemia in which vasoconstrictive mechanisms play a vital role, and among these patients, triptans are clearly contraindicated.1

Beta-blockers may be used to prevent migraine attacks in patients with a history of stroke or transient ischemic attack. Onabotuliniumtoxin A and higher doses of acetylsalicylic acid (300 or 325 mg) may also be effective in migraine prophylaxis.

The Future of Migraine Management

The Headache review suggests that because vasoconstrictive mechanisms do not play a role in the pathophysiology of many vascular diseases, the use of triptans may not be absolutely contraindicated in patients with migraine with a history of ischemic stroke or CAD. However, in light of the potential impact on collateral vessel, and reduction of perfusion during migraine aura, triptans should not be given during existing aura symptoms. Because CGRP and lasmiditan have no vasoconstrictive properties, these drugs may be used in patients with contraindications to triptans.

11 Facts on detentions under the Mental Health Act

What Makes Us Human? The Answer May Be Found in Overlooked DNA