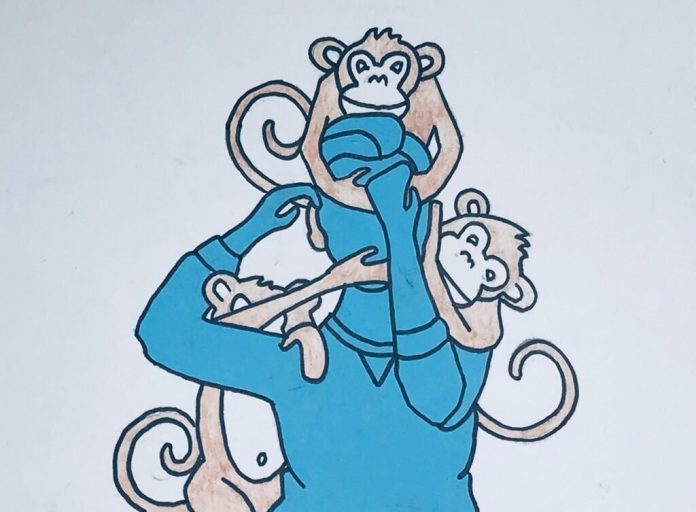 When I came off my last medication, my psychiatrist said to me, “You will get sick again.”

Psychiatry has always been sure of one thing about me: that I would never recover from bipolar disorder. I was asked to accept that I was sick for life and to act accordingly. This meant any thoughts I had away from this “fact” should be seen as a symptom and dangerous thoughts to allow myself to believe. I was also told to acquiesce my healing and recovery to the power of psychiatry. I could have no power to heal myself because I was no doctor. I was not capable of understanding how to move towards health, not only because my judgement could not be trusted, but because the only answer to a “broken brain” was what only they claimed to understand fully—psychiatric drugs.

I could find ways to manage, perhaps. But even the foundations of this approach were built to fail. This led my doctors to an inflexible pattern of believing themselves to be correct about me and my disease. When their models of coping failed, often directly because of the side effects of their treatments, as well as disrespect of my humanity, their point seemed to be proven. I had an insidious deformity of my brain’s structure which deviated from healthy brain structures and was stricken with an incurable disease. Even if no medical test would show me this. It was only my suffering, rooted partially in their invalidation of any meaning to my suffering beyond disease, that was meant to be proof of my deformity.

A talk I encountered by Joseph Campbell on schizophrenia and mythology offered to me by a peer, along with quotes sent to me from Carl Jung and other great thinkers in psychology, placed what modern psychiatry understands as schizophrenia alongside what indigenous cultures understand, in their unique ways, as Shamanism.

While listening to the talk by Joseph Campbell, several thoughts occurred to me. One being how quickly we forget what not only great thinkers in the West have known, but what our species has known from the beginning. How quickly we forget connection, growth, recovery, and the importance of peers (or elders) serving as guides through the depths of our minds in times of crisis.

I also resonated with what both Jung and Campbell understood; that the mystic and the “insane” do swim in the same waters, and the difference between swimming and drowning is identifying the self with mythic narratives, rather than knowing that we all have those cultural, ancestral, archetypal energies flowing through us. Another important idea was that what they call psychosis may be a built-in human “realignment” system. As we live, we can lose knowledge of what matters to us, what is important to us as individuals and a society. These experiences of crisis may appear during times in our lives when we need to be drawn back into awareness of unmet needs and into alignment with our values.

Listen, I do not believe I am a Shaman, nor do I believe that my experiences with altered states give me some sort of supernatural powers. But, I do believe that what I have gained from them, few people who pretend to exist along the neurotypical path allow themselves to experience or understand. I know this as I sit with others and hear their concerns that mostly amount to what they have been taught—conditioned—to concern themselves with as a member of a capitalist society. All this while the world around us, the natural world, carries on interconnected, satisfied in its knowledge of itself as perfect. My words here may come across as veiled, vague to some. But, my beliefs have often left me misunderstood, alone and feeling apart from most.

How did psychiatry forget the potential of profound self-knowledge that comes from not aborting what they call psychosis? Of the value of creating a societal framework of meaning and purpose around it with peers (like elders) who sit in reverence with you of the potential for personal gain, of peace and self-knowledge on the other side of an experience such as “psychosis”?

The anti-capitalist within me knows the truth must be, in part, that this model of recovery was never seen as profitable. As soon as it was discovered that money could be made from others’ mental suffering, psychiatry willfully forgot that there was always another way through to recovery. It forgot our right to recover and replaced it with the more profitable chronicity model. But, be assured, the alternatives to the medical model have been with us since the beginning. Early humans, as they developed spirituality and culture, knew how to let these experiences transform a person. And no, it was not just because they didn’t have the “technology” (aka pharmaceuticals) to abort them, it’s because this approach worked.

Having come off the last bit of an antipsychotic, although reinstating a small bit to cope with physical withdrawal symptoms, I stepped into the exact experiences that would put me deep on a dangerous path towards being a psychiatrist’s next favorite case to prove their point of chronicity. In fact, my psychiatrist said to me as I came off the last medication, “You will get sick again, Karin.” We will put aside, for now, the heartbreak of this belief, so-called “backed by science,” which just amounts to lack of support, encouragement and confidence in a client who only wants wellness of their own definition. And in fact, I did get “sick” again.

My voices returned which lived with me on and off, whether I was on drugs or not, for 20 years. Similar ideas returned that were the state of mind which landed me on psychiatry’s front door at age 21. But, I did not forget what we have always known. I reached into the past, into myself, and into the future of the psychiatric survivor movement, which has not forgotten recovery, or the humanity of these experiences. And just in this act, I dropped the fear and stigma surrounding my experience and then created a journey of transformation and healing.

I learned from others, from peers and elders, about creating rules and structures of beliefs that create safety, peace, and harmony. And I became more aligned with my values and in full contact with myself and my life. In the end, it became increasingly clear that the idea of wellness that psychiatry set before me, in its amnesia of what we have always known of our species and our suffering, was not the wellness I was ever looking for. Nor would I agree with their definition of “sickness” ever again.

My answer was never to just abort this experience, and understand myself and my diversity of mind as brokenness—deserving of eradication, suppression, and imprisonment. I knew the alternatives now. I spoke with peers, my elders on this path in the Hearing Voices Network and people in the withdrawal community. What came of these experiences was an understanding of myself as whole, connected, and a part of the many manifestations of the natural world. I had a place, even if my greater society and culture may not think so. If the idea that I belonged could exist in the past, in myself, and in the future of a movement, it could be real and worthy of fighting for.

Why would psychiatry, and the individuals who study and practice it, forget such a thing? Forget that self-hatred, judgement, isolation, and stigma only leads to chronic suffering? That there is always the potential of growth and integration within the appearance of what they call psychosis? When you attempt to eradicate it, you are essentially attempting to eradicate the sufferer themselves by treating a part of them as disposable, as not a welcome part of a whole human. In doing this, you exponentially increase suffering and do sometimes accomplish eradication and chronicity, as it nearly did for me. I was indeed “sick” for 20 years and wished for my own complete annihilation for many of those years.

But, what felt to me like an impossibility under the medical model has become a reality in the model of recovery, connection, and healing. I found life, myself, peace, and wellness only in defying psychiatry and remembering what we have always known as humans. And what psychiatry has willfully forgotten in the quest for a “cure” for what instead, in many cases, only ever required a container of guidance, compassion, care, and understanding.