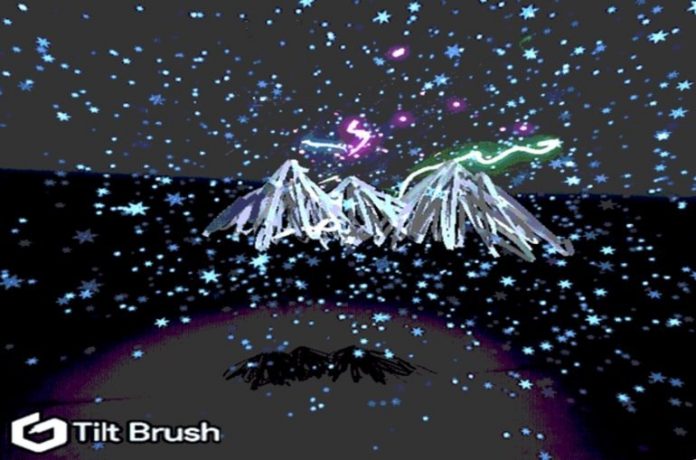 Virtual reality (VR) continues to expand its uses in medicine, specifically in treatments for psychological conditions like trauma, phobias and eating disorders. The technology is also emerging as a tool in creative arts therapies.

In one of the first studies of its kind, researchers from Drexel University’s College of Nursing and Health Professions and School of Biomedical Engineering, Science and Health Systems, examined the differences in prefrontal cortex (PFC) activation between two distinct drawing tasks in VR, including with the introduction of a calming fragrance stimulus.

“The study demonstrates that repetitive tasks, like rote tracing, can enhance focus and the creative self-expressive tasks can reduce PFC load and induce relaxation and flow. The findings offer evidence for therapeutic aspects of creative self-expression,” said the study’s lead author Girija Kaimal, EdD, an associate professor in the College of Nursing and Health Professions.

Because VR makes participants detach temporarily from their physical reality into a virtual space, the sense of smell was considered in this study as an impactful stimulus, and also to promote a sense of awareness and grounding during the artmaking tasks.

Although there was no significant impact of fragrance overall on PFC activation, emergent differences in responsiveness to fragrance were seen by age and gender. A fragrance, consisting of a blend of essential oils, was diffused into the lab on alternating weeks and dissipated within 30 minutes after turning off the diffuser.

Participants of the study included 24 adults (18 women and six men) ranging in age from 18 to 54. They attended two one-hour sessions, scheduled at least one week apart. Participants were blinded to the fragrance stimulus and were assigned to receive either the fragrance or the non-fragrance condition for the first session through a simple randomization plan.

During the sessions, participants wore an optical brain imaging sensor – the functional near-infrared spectroscopy (fNIRS) – to measure brain function while they engaged in VR artmaking. fNIRS has been used to monitor underlying mechanisms in neural functioning, including creativity and neural functioning.

Each participant’s PFC was monitored throughout the entire time the participants were engaged with the artmaking and rest conditions. fNIRS served as an objective biomarker of PFC activation in response to drawing tasks. Participants also wore a VR headset, with hand-controller equipment, that used the virtual software program, Tilt Brush by Google, to create 3-D drawings in VR.

“Wearable optical neuroimaging enables continuous measurement of brain function during VR use and allows studying natural dynamic processes like creating art in virtual spaces,” said Hasan Ayaz, PhD, an associate professor in the School of Biomedical Engineering, Science and Health Systems, and co-author of the study.

The facilitator of the session, an art therapist, read from a protocol script with step by step instructions for the two VR drawing tasks. The rote tracing consisted of tracing basic shapes on a pre-drawn virtual template, while the creative self-expression consisted of participants creating an adapted version of the scribble drawing technique, an approach frequently used in art therapy to encourage creativity and spontaneous artistic expression.

Each drawing task lasted approximately five minutes, with participants completing both tasks during the session. The directives were created also to align with the experimental method enabling comparable conditions between the rote task and the creative task.

“The findings also highlight how drawing tasks can potentially be used in tandem to engage different brain networks in patients,” said Kaimal.

Funding: The study was funded jointly by Drexel University and the International Arts + Mind Lab (IAM Lab) in the Pedersen Brain Science Institute at Johns Hopkins University School of Medicine.

Additional research on virtual reality and scent, conducted by Kaimal and team in collaboration with Susan Magsamen, executive director at IAM Lab, can be viewed here.

About this art and neuroscience research news

Findings indicate significant differences such that rote tracing resulted in higher PFC activity than the creative self-expression task. Although there was no significant impact of fragrance on the overall sample, emergent differences in responsiveness to fragrance were seen by age and gender.

The study suggests that repetitive tasks like rote tracing can enhance focus and the creative self-expressive tasks can reduce PFC load and induce relaxation and flow.

Getting the Inside Dope on How We Get Angry