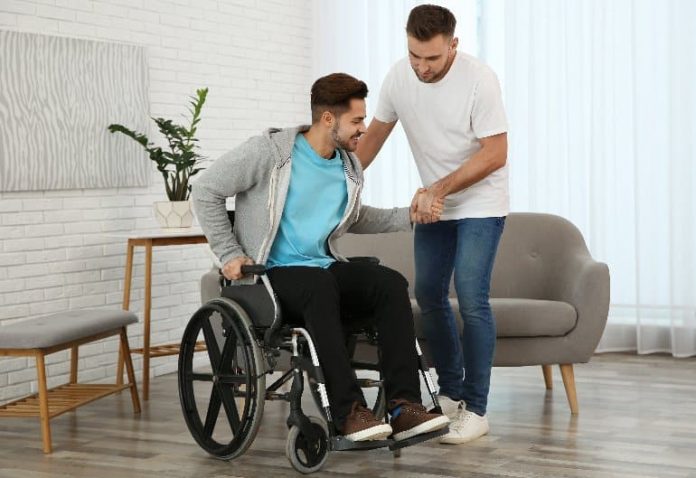 Summary: A new study links viral infections including mononucleosis and pneumonia experienced during adolescence with an increased risk of developing multiple sclerosis.

Multiple sclerosis (MS) is most often diagnosed between the ages of 20 and 50. Certain genes put a person at greater risk of getting this disease of the central nervous system, but scientists are still trying to understand the triggers.

My colleagues and I have been studying these triggers for many years. Our earlier research found that pneumonia in adolescence is associated with a raised risk of MS, so we decided to investigate whether other types of infection are associated with the condition.

We had to be careful, though, because infections can be a consequence of MS rather than the other way around. Also, it can be five to ten years, or even longer, between the disease process starting and a person showing the first symptoms, which include numbness and tingling, stiffness, difficulty with balance, vision problems and fatigue. We therefore had to take extra steps to be certain that the infections occurred before any MS-related disease became apparent.

For our study, published in the journal Brain, we used the health records of nearly 2.5 million people born in Sweden between 1970 and 1994. Just over 4,000 of them were diagnosed with MS after the age of 20. Among this group, 19% had had an infection diagnosed in hospital between birth and ten years of age, and 14% between ages 11 and 19.

Not all types of infection were associated with subsequent MS, but a striking finding is that infections of the central nervous system (the brain and spinal cord) increased MS risk most notably. This makes sense, as we believe that inflammation in the central nervous system can start the autoimmune process (when a person’s immune system attacks part of their body) that causes MS.

Respiratory infections in adolescence were also associated with MS, increasing the risk by 51%. We believe that in some instances, infection and inflammation in the lungs can lead to immune activation in other parts of the body, including the central nervous system, thus increasing the risk of inflammation there. This may explain how a lung infection could initiate the MS disease process. Alternatively, the infecting agent may have a more direct influence on the brain.

Infection by Epstein-Barr virus (EBV) has long been associated with MS, so it was important to ensure that the results were not because EBV infection was associated with the other types of infection. After excluding people who ever had the acute form of EBV infection, known as glandular fever, the results for the other infections remained, emphasising the importance of various types of infection in adolescence as MS risks.

To make it even more certain that the infections in adolescence were likely to pre-date the initial asymptomatic development of MS, we repeated the analysis but only looked at MS diagnosed after age 25. The raised risk for MS associated with infections in adolescence remained for central nervous system infections and lung infections. There was a minimum of five years between infection and MS diagnosis – and usually longer – indicating that the disease progresses slowly until there is sufficient damage to the brain for symptoms of multiple sclerosis to develop.

Our study provides further evidence that adolescence is a period of heightened susceptibility to exposures linked with MS risk and that there can be many years between exposure and MS diagnosis. These results help us to better understand the types of exposures that may increase the risk of MS. It may be worthwhile considering MS as a potential diagnosis in someone displaying neurological symptoms if they had a serious infection in adolescence.

The next step in our research will be to further investigate whether people who are genetically susceptible to developing MS are more likely to have a more pronounced immune reaction to infections increasing the likelihood of hospital admission.

Several but not all types of infections are associated with MS, particularly those that may be able to cause inflammation in the central nervous system. Only a few people who have relatively serious infections in adolescence will go on to have MS (in most instances much lower than 1%), as other factors, including genetic susceptibility, are also needed for the disease to develop.

The involvement of specific viral and bacterial infections as risk factors for multiple sclerosis has been studied extensively. However, whether this extends to infections in a broader sense is less clear and little is known about whether risk of a multiple sclerosis diagnosis is associated with other types and sites of infections such as the CNS.

This study aims to assess if hospital-diagnosed infections by type and site before age 20 years are associated with risk of a subsequent multiple sclerosis diagnosis and whether this association is explained entirely by infectious mononucleosis, pneumonia, and CNS infections. Individuals born in Sweden between 1970 and 1994 were identified using the Swedish Total Population Register (n = 2 422 969).

A Low Omega-3 Index Is Just as Strong a Predictor of Early Death as...

Jill Nickens – The Akathisia Alliance for Education and Research