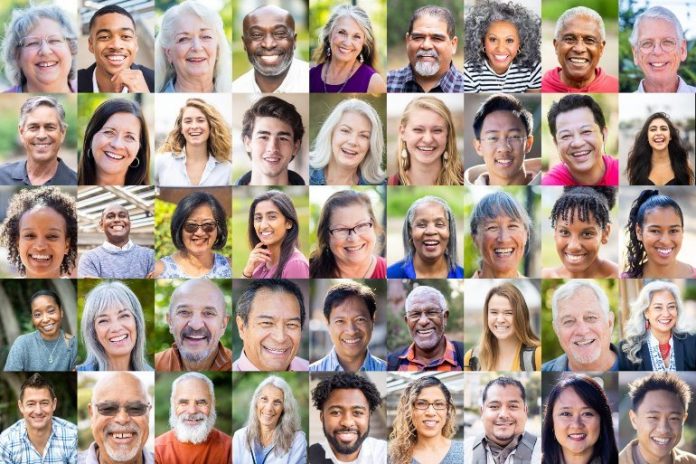 Summary: People are more likely to make racially stereotyped judgments about others when their facial features are considered typical of a racial or ethnic group.

Faces that are judged as being stereotypically Black are also more likely to be judged as dominant and threatening, according to a study by researchers at Georgia State University that provides new insight about how specific facial features may trigger racial bias.

“We all form first impressions when we encounter a new person. People should be aware that these impressions may be based on something as shallow as facial features and do not indicate future behavior. We should be aware of our own biases,” said Heather Kleider-Offutt, an associate professor of psychology and neuroscience, and the study’s lead author.

Previous research suggests people with more Afrocentric (stereotypically Black) features are judged more harshly throughout the court system. They tend to receive longer sentences and are more likely to be falsely identified and falsely convicted than people with less Afrocentric features. However, the specific features that make a face Afrocentric and whether they are associated with behavioral traits underpinning biased judgments of Black individuals had not been tested.

“What makes a face dominant, trustworthy and threatening is well established,” Kleider-Offutt said. “What is less clear is what features or combination of features, makes a face stereotypically Black, and how those features may relate to these other traits.”

In the experiment, whose results were published in Cognitive Research: Principles and Implications, the researchers used software to generate various face types, digitally altering features, including nose width, lip fullness and skin texture. The team designed nine faces with different combinations of facial features. The faces presented were racially ambiguous and had the same skin tone.

More than 300 participants were presented with 27 unique facial models and asked to provide judgments on a variety of randomized perceived inherent traits of the face and behavioral attributes. The study found participants formed negative impressions of faces with features associated with Black stereotypicality, judging them to be more dominant and threatening.

Kleider-Offutt said these biases in face-type judgments were made by white and Black respondents. The sample the team used in this study was made up of primarily Black women.

“These findings suggest that facial features inherent in a Black face could cue negative associations at first impression which could lead to biased treatment of individuals who possess these features,” said Kleider-Offutt. “It is important to note that face-type cues are interpreted fast and not necessarily based on prejudice. Biased responses are ubiquitous.”

Kleider-Offutt often serves as an expert witness in criminal trials where eyewitness memory is the primary evidence. Through these experiences and her research, she has observed that Black men are more often misidentified than other people. She is working on a new research project to analyze facial-recognition software to determine if it is biased to misidentify people of color and whether these systems are more accurate than human eyewitnesses.

About this facial perception research news

Original Research: Open access.
“What’s in a face? The role of facial features in ratings of dominance, threat, and stereotypicality” by Heather Kleider-Offutt et al. Cognitive Research: Principles and Implications

What’s in a face? The role of facial features in ratings of dominance, threat, and stereotypically

Faces judged as stereotypically Black are perceived negatively relative to less stereotypical faces. In this experiment, artificial faces were constructed to examine the effects of nose width, lip fullness, and skin reflectance, as well as to study the relations among perceived dominance, threat, and Black stereotypically.

Using a multilevel structural equation model to isolate contributions of the facial features and the participant demographics, results showed that stereotypicality was related to wide nose, darker reflectance, and to a lesser extent full lips; threat was associated with wide nose, thin lips, and low reflectance; dominance was mainly related to nose width.

Facial features explained variance among faces, suggesting that face-type bias in this sample was related to specific face features rather than particular characteristics of the participant.

People’s perceptions of relations across these traits may underpin some of the sociocultural disparities in treatment of certain individuals by the legal system.

Brain Disease Transmitted By Tick Bites May Be Treatable

Creativity and COVID: Art-Making During the Pandemic

The Professionalization of Mental Health Services Is Ruining Friendship