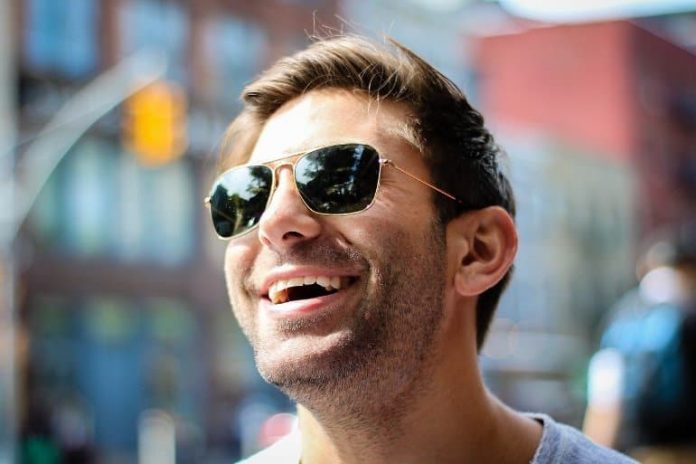 Summary: When you’ve acted in an uncooperative or untrustworthy way, the way you smile could either help heal or hinder social relationships. Those whose smiles reflected reward, or a signal that they were happy, or a smile of dominance, which reflects a feeling of superiority, appeared to be untrustworthy and unlikely to change their deceptive nature. However, a smile of affiliation was perceived as an attempt to make amends, restoring levels of trust.

A certain type of smile can help to restore trust in relationships after someone has been uncooperative or untrustworthy, according to new research by Queen’s University Belfast.

Dr Magdalena Rychlowska from Queen’s University has been analysing how three different types of smiles can influence social judgments and trust in difficult situations where there could be conflict.

The smiles – reward, dominance and affiliation – all have different characteristics. A reward smile is encouraging and gives signals that a person is happy, whereas a dominance smile reinforces superiority or status of the person who smiles. An affiliation smile builds and maintains social bonds.

Dr Rychlowska, who is a lecturer in the School of Psychology at Queen’s, carried out five studies, with more than 900 participants involved. These examined how participants reacted to reward, dominance, and affiliation smiles after their group was treated badly by a member of a different group during an economic game.

The research, which has been published in Cognition and Emotion, also involved experts from Leiden University, University of Wisconsin-Madison, University of Michigan, and Cardiff University.

Dr Rychlowska explains: “Facial expressions are very important in building social relationships and not all smiles are an expression of joy – there is much more behind a smile.

“During the study we had two groups, a representative of one group was unfair to the participants’ group and then smiled or made a neutral or regretful expression. The participants then reported how they felt about this person and how they would interact with them in terms of sharing their resources.

“We found that when a person smiled after being uncooperative or untrustworthy, they were viewed as being happy and therefore they appeared untrustworthy and unwilling to change their behaviour. However, when an affiliation smile was used, this was perceived as an attempt to make amends, restoring higher levels of trust than the other two smiles.”

The research provides new insights into how smiles can affect social interactions.

Co-author of the research, Dr Stephanie Carpenter from University of Michigan, USA, says: “Smiling at another person does not always lead to trust and cooperation. Subtle differences in a smile can have a real impact on whether people trust each other and choose to cooperate. In fact, the way you smile in a good or bad situation can impact whether people trust you.”

Dr Rychlowska comments: “The way that someone smiles at you can change the meaning of a situation – for the good or the bad. We react differently to different types of smiles and situations in which these smiles are shown.

“Think about movie villains, for example in James Bond films. They often make happy smiles when something bad has happened or is about to happen. This context makes these otherwise happy and normal smiles feel threatening and unpleasant.”

She adds: “The findings of this study show the power of subtle facial expressions and the positive consequences that an affiliation smile can have in difficult situations. It also highlights the importance of social context – a happy smile that could be read as a signal of trustworthiness in one setting can, in another setting, be seen as evidence of bad intentions.”

Dominance, reward, and affiliation smiles modulate the meaning of uncooperative or untrustworthy behaviour

We investigated the effects of different types of smiles on the perception of uncooperative or untrustworthy behaviour. In five studies, participants assigned to one group played an economic game with a representative of another group.

In an initial round, the representative acted uncooperatively by favouring their group and then displayed a dominance, reward, or affiliation smile. Participants rated the motives of the representative and played a second round of the game with a different member of the same outgroup.

Following uncooperative or untrustworthy behaviour, affiliation smiles communicated less positivity and superiority, and a greater desire to both repair the relationship between groups and change the uncooperative decision than reward or dominance smiles. Perceptions of a desire to repair the relationship and to change the decision were associated with trust and cooperation in a subsequent round of the game.

Together, these findings show that smiles that are subtly different in their morphology can convey different messages and highlight the importance of these expressions in influencing the perceptions of others’ intentions.

Journal Scan – This Month in Other Journals, May 2021

Connecting the Dots Between Engagement and Learning

Only 2% of Conversations End When We Want Them To