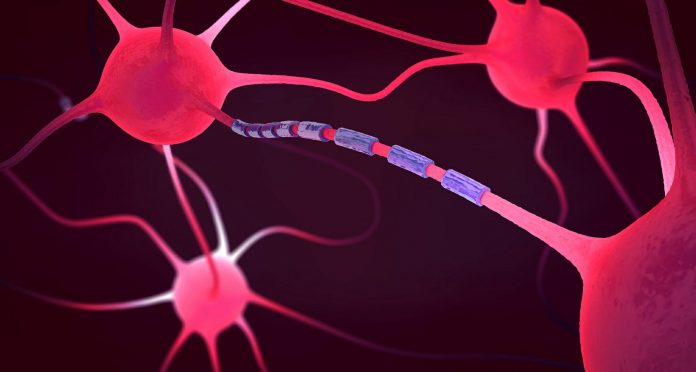 The diagnostic strategies for both GBS and CIDP rely heavily on clinical, electroneuromyography (ENMG), and CSF findings. While CIDP can be differentiated from GBS regarding its course, duration of disease, prognosis, and response to steroids, there is currently no specific blood or CSF biomarker that can distinguish the conditions. Clinical and paraclinical features of the diseases may also overlap, particularly in acute onset CIDP where the disease mimics early stages of GBS.

Some studies have shown CSF IL-8 is elevated in GBS to a higher degree than that seen in CIDP. To investigate the role of IL-8 in differentiating the conditions, study researchers conducted a retrospective immunoassay of IL-8 CSF concentrations obtained from the University Hospitals of Geneva between 2010 and 2018. Samples were from patients with GBS (n=45) and CIDP (n=30).

Patients with GBS had a significantly higher median IL-8 concentration in CSF compared with patients with CIDP (83.9 pg/mL vs 41.0 pg/mL, respectively; P <.001). Median concentrations of IL-8 among were also higher in the AIDP variant vs CIDP at the acute phase (101.8 pg/mL vs 53.7 pg/mL, respectively). In contrast, lower IL-8 levels were observed in acute motor axonal neuropathy/acute motor and sensitive axonal neuropathy/Miller Fisher syndrome variants (median, 53.7 pg/mL).

Limitations of this study included its retrospective design as well as the small sample size. Given these findings, the study researchers suggested the findings will need to be validated in other studies before CSF IL-8 is used as a routine test in clinical care.

If validated, the study researchers noted “CSF IL-8 testing could be performed during the acute phase of investigation to permit a more rapid discriminatory diagnosis in combination with the clinical and paraclinical parameters.” Ultimately, this may cause improvements on the initial differentiation of GBS vs CIDP and “may allow to better tailor the medical treatment and to prevent disease progression.”

How We Know Whether and When to Pay Attention

Caring for Patients With Duchenne Muscular Dystrophy During COVID-19 Pandemic