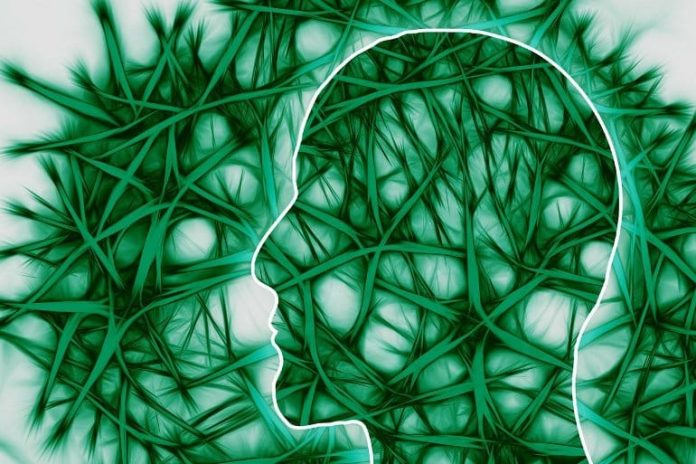 A team of researchers at Texas A&M University, Northwestern University, and ImmunoGenesis has discovered a treatment for glioblastoma that has promising implications for the human version of the aggressive cancer form that grows in the brain.

Published today in Clinical Cancer Research, a journal of the American Association for Cancer Research, the study describes the results of a Phase I clinical trial conducted at the Texas A&M College of Veterinary Medicine & Biomedical Sciences’ (CVMBS) Veterinary Medical Teaching Hospital (VMTH) by Dr. Beth Boudreau, an assistant professor of neurology.

As part of the trial, Boudreau administered an immunotherapy drug developed by Dr. Michael A. Curran, an immunologist and founder of ImmunoGenesis, based on ongoing research that also included Dr. Amy B. Heimberger, scientific director of the Malnati Brain Institute at Northwestern University.

The investigators tested a STING (STimulator of INterferon Genes) drug injected directly into the glioblastoma of five dogs that had previously been diagnosed with the cancer, which is the second-most common type of brain cancer in dogs. STING agonists can induce immunological responses that allow the immune system to fight otherwise immunologically resistant cancer cells.

MRI scans taken of the patients over the course of the 10-month trial revealed that some of the dogs, even with a single dose, responded to the treatment with apparent reductions in their tumor volume, including one complete response in which the tumor appeared to completely disappear, leading the team to conclude that this therapy can trigger a robust, innate anti-tumor immune response and may be highly effective on recalcitrant tumors such as glioblastoma.

“With this therapy, we were trying to take tumors that do not, on their own, generate a lot of immune response and turn them into tumors that do by injecting them with this immunotherapy agent,” Boudreau said.

This clinical trial was based on earlier research by the team — including Dr. Jonathan Levine, a neurology professor and head of the CVMBS’ Small Animal Clinical Sciences Department (VLCS) — which analyzed a massive canine genomic dataset collected from multiple glioma samples.

They found that canine and human gliomas are molecularly similar, suggesting that the two diseases have a similar mutational, cancer-causing process that would enable similar treatment strategies.

Both canine and human gliomas tend to have a poor prognosis, as they are difficult to surgically remove and traditional therapies come with multiple side effects and are expensive. Even after a high-risk surgery to remove the tumor and radiation therapy and/or chemotherapy, humans with glioblastoma may only survive a few more months.

“In the canine clinical trial, dogs did not receive surgery to remove their tumors, which limited the dose we could safely deliver,” Boudreau said. “In humans with glioblastoma, our STING agonist will be combined with surgery, which should improve its safety and efficacy. Further investigation and refinement would be needed to determine the role of this therapy in treating brain tumors in dogs.”

Because of the simple delivery of the STING agonist and the marked volume reduction of the tumor, the researchers also believe this strategy may provide a viable adjunct therapeutic approach for human glioma.

In the next phase of the project, Heimberger and Curran are exploring using a similar approach in clinical trials of human glioma patients who have undergone a surgical debulking.

Purpose: Activation of STING (Stimulator of INterferon Genes) can trigger a robust, innate anti-tumor immune response in immunologically “cold” tumors such as glioblastoma.

Results: Six dogs were enrolled and completed {greater than or equal to}1 cycle of treatment. One dog was determined to have an abscess and was removed from further analysis. One procedure-related fatality was observed. Radiographic responses were dose-dependent after the first cycle. The first subject had progressive disease (PD), whereas there was 25% volumetric reduction in one subject and greater than >50% in the remaining surviving subjects. The median progression free survival (PFS) time was 14 weeks [range: 0 to 22 weeks], and the median overall survival (OS) time was 32 weeks [range: 11 to 39 weeks].

Conclusions: Intratumoral STING agonist (IACS-8779) administration was well-tolerated in dogs with glioblastoma to a dose of 15µg. Higher doses of IACS-8779 were associated with radiographic responses.