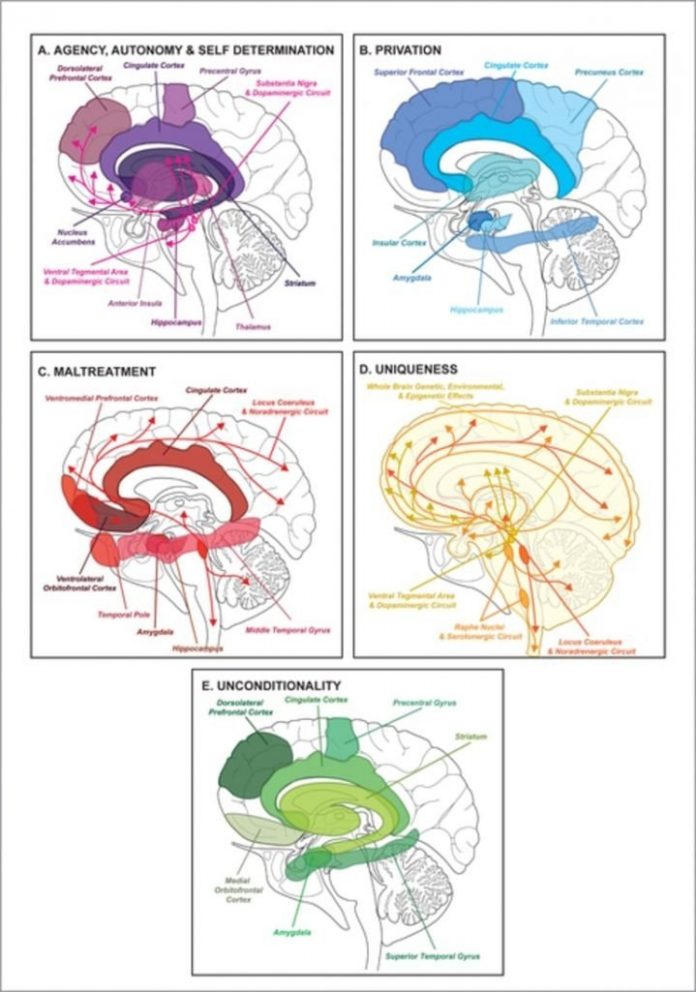 Summary: Researchers argue for the case of “dignity neuroscience”, which states universal human rights are rooted in brain sciences.

The Code of Hammurabi. The Magna Carta. The Declaration of Independence. Throughout recorded human history, written records such as these have proclaimed that people deserve freedom, security and dignity.

Why, despite huge cultural differences across continents and sweeping societal changes across centuries, have the underlying concepts in these declarations of rights remained largely unchanged?

According to a pair of scientists at Brown University, it’s because all humans share the same nervous system.

In a new scientific paper, the scholars introduce a new concept called “dignity neuroscience” — the idea that universal rights are rooted in human brain science. The authors argue that numerous studies in disciplines such as developmental psychology and neuroscience bolster long-held notions that people thrive when they enjoy basic rights such as agency, self-determination, freedom from want or fear, and freedom of expression.

And they say science also supports the idea that when societies fail to offer their citizens such rights, allowing them to fall into poverty, privation, violence and war, there can be lasting neurological and psychological consequences.

The paper was published on Wednesday, Aug. 4, in the Annals of the New York Academy of Sciences.

Tara White, the paper’s lead author and an assistant professor (research) of behavioral and social sciences at Brown, said she believes grounding universal human rights in science could help people see themselves in the sweeping statements of the 1948 Universal Declaration of Human Rights.

“I think the average person on the street sees universal human rights as an international law concept that has more to do with trade than about individual lives,” White said. “But this stuff is not pie-in-the-sky, and it affects us all. We want to show people that ensuring universal human rights is a crucial foundation for a society that is healthy — not only socially and physically, but also psychologically and neurologically.”

White — who is affiliated with Brown’s Carney Institute for Brain Science — and co-author Meghan Gonsalves, a Ph.D. candidate in neuroscience at Brown, outlined five core concepts that underlie most universal rights declarations: agency, autonomy and self-determination; freedom from want; freedom from fear; uniqueness; and unconditionality. All five, they argue, reflect fundamental features of human brain structure, function and development.

For instance, multiple studies on learning and emotion have shown that gray matter in multiple regions of the brain helps people draw on their own memories to assess whether goals are worth pursuing or whether risks are worth taking. Those studies demonstrate that agency — the ability to shape one’s own choices and actions in the world — is intrinsic to the brain.

In addition, studies have shown that observers, victims and combatants of war experience long-term brain trauma in the form of heightened stress levels, negative emotions and fears of physical danger, even after threats of violence have passed — adding scientific weight to declarations that all people deserve to be shielded from war when possible.

“With this paper, we had an opportunity to show that the idea of universal human rights as a foundation for a healthy society isn’t just a social phenomenon but also a deeply empirical and scientific one,” Gonsalves said. “Applying scientific studies and hard evidence to universal human rights can help demonstrate why these rights need to be defended and respected across the world.”

The idea of “dignity neuroscience” first emerged for White three years ago, when she was invited to a human rights conference in London while serving as a visiting international fellow at the British Academy and the University of Cambridge. White was the only behavioral neuroscientist in a room full of United Nations officials and international law experts, and at first, she considered herself an outside observer rather than a participant.

As many in the room lamented an apparent global shift away from allegiance to universal rights — an increasing number of leaders, they noted, were sanctioning the free press, stripping away voting rights and modifying democratic laws with impunity — White felt she had no advice to offer.

“Then the lightning bolt hit: Every single part of my training was relevant to these ideas,” White said. “All of the very complex international laws they were discussing fell into five categories, and all of them had a basis in psychology and developmental neuroscience. I stood up at the end of the conference and essentially outlined my idea for this paper and asked, ‘Would this be helpful for your work?’ And the speakers said, ‘Yes, we’ve never considered these ideas, we think they might help.’”

In 2020, as the COVID-19 pandemic ravaged all seven continents and Americans were locked in bitter division over politics, racism and police violence, White felt that exploring the intersection of neuroscience and universal rights had taken on added urgency. Gonsalves agreed.

“I felt a certain fire in my belly to somehow respond to the pandemonium surrounding the election, inequalities that the pandemic was exacerbating, and increased violence against Black Americans,” Gonsalves said. “I wanted to help others and build a better society, and I think these ideas can do that. I believe the more we can use science to communicate our commonalities and differences, the more successful we will be in encouraging compassion.”

White said that while the paper provides a comprehensive set of connections between universal rights law and brain science, she hopes the work inspires more connection between people in vastly different fields of study. Crossing traditionally siloed scientific aisles could lead to breakthroughs for brain scientists, social scientists and law experts alike.

Understanding and considering “dignity neuroscience” could also, White said, help lawmakers and voters appreciate the simultaneous importance of providing each person with the same basic rights while also giving them room to live as they please.

It’s true, she said, that all human brains work in broadly similar ways; for example, responding positively to others’ affirmations and negatively to trauma. But brains are also plastic: They develop in response to the experiences they endure and the surroundings they observe, adapting with each new experience and change of scenery. Therefore, no two brains, and by extension no two humans, are exactly alike.

“If I had one takeaway, it would be this: People are worthy of respect because of who they are, because they are the same as you and because they are different than you,” White said. “We all have common needs, and when those needs are fulfilled, it helps us flourish. But at the same time, each of us deserves space for agency, because we are all unique.”

Universal human rights are defined by international agreements, law, foreign policy, and the concept of inherent human dignity. However, rights defined on this basis can be readily subverted by overt and covert disagreements and can be treated as distant geopolitical events rather than bearing on individuals’ everyday lives.

A robust case for universal human rights is urgently needed and must meet several disparate requirements: (1) a framework that resolves tautological definitions reached solely by mutual, revocable agreement; (2) a rationale that transcends differences in beliefs, creed, and culture; and (3) a personalization that empowers both individuals and governments to further human rights protections.

We propose that human rights in existing agreements comprise five elemental types: (1) agency, autonomy, and self-determination; (2) freedom from want; (3) freedom from fear; (4) uniqueness; and (5) unconditionality, including protections for vulnerable populations. We further propose these rights and protections are rooted in fundamental properties of the human brain. We provide a robust, empirical foundation for universal rights based on emerging work in human brain science that we term dignity neuroscience.