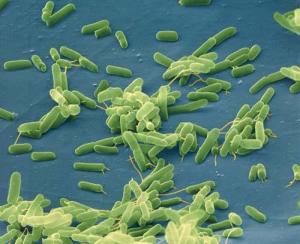 One may be forgiven for thinking that neurology is all about neuroinflammatory and neurodegenerative diseases. This is because these disorders seem to get a lot of attention. But nothing could be further from the truth-globally, infections impose a heavier burden on neurological practice than say Multiple Sclerosis (MS) or Parkinson’s disease (PD). And medical advances have done very little to deter all sorts of creatures from invading the nervous system.

The major types of organisms that infect the nervous system are viruses and bacteria, but fungi and parasites also take their toll. In this blog we will focus on the 7 most devastating viral neurological infections.

No part of the nervous system is immune to the ravages of the dreaded HIV. The list includes HIV  associated neurocognitive disorders (HAND), myelopathies, neuropathies, drug-induced syndromes, and cancers. The worst aspect of HIV, of course, is that it opens the flood gates for opportunistic infections to invade the nervous system.

Hepatitis E virus is just emerging as a scourge of neurology. It is particularly villainous because of its protean manifestations, from Guillain Barre syndrome (GBS) to neuralgic amyotrophy (brachial neuritis), from transverse myelitis to idiopathic intracranial hypertension (IIH). Check out the full neurological manifestations of HEV.

Influenza is bad, and H1N1 is a particularly nasty variant. This subtype of Influenza A is epidemic in pigs and birds, and unleashes havoc when it crosses over to humans. Its nervous system manifestations include encephalopathy, Guillain Barre syndrome (GBS), acute demyelinating encephalomyelopathy (ADEM), and stroke. Not one to be treated lightly at all. Check out everything about Influenza H1N1 and the different ways influenza affects the nervous system.

This new kid on the infection block is fast establishing itself as a menace. Apart from causing myelitis, meningoencephalitis, encephalitis, encephalomyelitis, Guillain-Barre syndrome (GBS), and myasthenia gravis (MG), it is responsible for a variety of congenital defects, particularly microcephaly. Zika virus pathology and management are extensively covered in Neurochecklists.

This ancient virus gained recent notoriety when it ravaged a large section of West Africa, sending chilling waves across the world. It is an RNA filovirus whose main reservoir is bats. It causes, among other things, an encephalitis and meningoencephalitis. It appears to be on vacation in the meantme, but it will surely rear its ugly head sometime soon. Check out the comprehensive clinical features and management of Ebola virus disease on Neurochecklists.

The varicella virus must take the prize for the most diverse ways a virus affects the nervous system. Neurochecklists has listed >20 neurological manifestations of VZV, ranging from herpes zoster to post herpetic neuralgia (PHN), from meningitis to encephalitis. VZV also causes all forms of cranial and peripheral neropathy, and may result in stroke, aneurysms, and giant cell arteritis (GCA). Not to mention the curiously named progressive outer retinal necrosis (just don’t mention its acronym!). Check out the central and peripheral features of VZV infection, and the clinical features of VZV vasculopathy.

Check out the other deadly viral neurological infections on Neurochecklists:

Atheists and Believers Both Have Moral Compasses, but With Key Differences