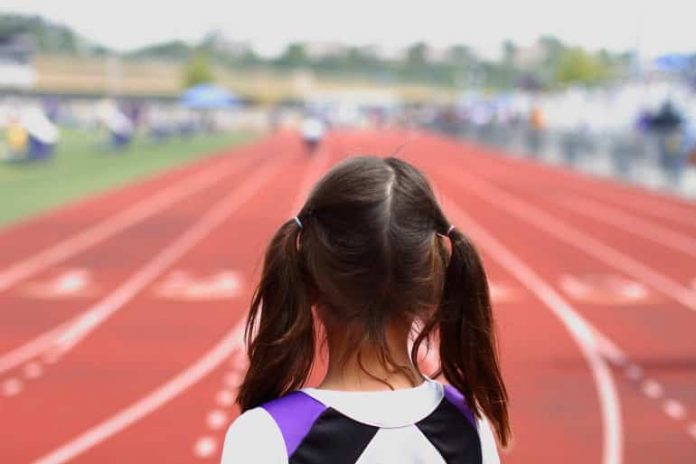 Summary: Gender stereotypes and double standards, where young female athletes are not taken as seriously as or treated differently than their male counterparts, persist, even amongst parents.

Female Olympian handballers fined for playing in shorts instead of bikini bottoms. A female Paralympian told by a championship official that her shorts were “too short and inappropriate.” Olympic women gymnasts, tired of feeling sexualized, opted for full-length unitards instead of bikini-cut leotards.

“Women athletes’ attire is constantly scrutinized,” said Philip Veliz of the University of Michigan School of Nursing. “No one has ever said that a baseball or football player’s pants are too tight.”

Research from Veliz and colleagues found that gender stereotypes and double standards, where female athletes are treated differently or aren’t taken as seriously as male counterparts, persist even among parents.

The researchers polled more than 3,000 boys and girls aged 7 to 17 and their parents/guardians across the country, and were surprised that roughly one third of parents (32%) believed that boys are better at sports than girls. And parents of youth who have never played sports are more likely to believe that girls are not as competitive as boys and that sports are more important to boys than girls.

While the study did not specifically look at the sexualization of girls in sports, Veliz said these stereotypes can lead to the type of sexualization of female athletes seen in the Olympic uniform controversy, where the Norwegian women’s beach handball team was fined for refusing to play in skimpy, mandated bikini outfits.

The study found that gender stereotypes and the dearth of female coaches as role models are among the biggest reasons that girls quit or don’t participate in sports, Veliz said.

“The average age that kids enter sports is 6, which requires heavy parental involvement,” Veliz said. “If you believe that boys are better than girls, you may be taking girls to a different activity or not doing sports at all.”

Girls (43%) are more likely to have never played sports than boys (35%) and less likely to be currently playing sports—36% of girls compared to nearly 46% of boys. Overall, about 40% of youth surveyed said they currently play sports.

“Sport is the most popular extracurricular activity in the United States for both boys and girls. Yet, we see this gender gap in participation persist, and parents may be driving some of this,” said Veliz, a research assistant professor at the School of Nursing and Institute for Research on Women and Gender, and associate director of the Sport, Health, and Activity Research and Policy Center.

According to the study, African American and low-income youths overall, but especially girls, were least likely to be current players, and most likely to have never played or dropped out. Boys and girls both reported being teased, but for girls, the teasing was worse for teens than during their younger years.

Veliz said that another problem for girls is the relative lack of female coaches. Only 58% of girls had a female coach, compared to 88% of boys who reported having a male coach.

“We’re seeing a big gender disparity between who’s coaching boys and girls,” he said. “We need to ask why we don’t have more female coaches. We should have 88% of girls saying they have a female coach. However, we still see females being underrepresented in coaching at the youth level and beyond.”

Veliz said it’s important to convince parents that boys and girls are equally interested in sports, and also to eliminate barriers to entry for female coaches. As more female athletes have daughters, this will naturally improve, he said.

“If you have a mom who used to play sports, she will be more likely to say, ‘I want my daughter to participate in these activities like I did,’” he said.

Another surprise was that few kids reported quitting sports because of injury for either boys or girls. However, of the 16% of kids who reported experiencing a concussion from sports, over a third quit. While this finding was not broken down by gender, it may be a factor that could differentially funnel girls out of sport, Veliz said.

Indeed, the study found that the average age of kids who quit sports for any reason was 11. This could mean that sports became something different or that it was no longer fun.

“One of the problems with sports in the United States is it’s really about the competition, and some kids just want to play for fun,” said Veliz, who would like to see kids play until they graduate. “Sports is really the main source of physical activity for kids. It will set the stage for them as they grow up.”

Funding: The study, “Keeping Girls in the Game: Factors that Influence Sports Participation,” is believed to be one of the first to examine factors that influence entry, participation and dropout rates in sports. It was published by the Women’s Sports Foundation in partnership with The Dick’s Sporting Goods Foundation. WSF was founded by tennis pro Billie Jean King.

Study co-authors are Nicole Zarrett of the University of South Carolina and Don Sabo of D’Youville College.

About this sport psychology research news

Original Research: The research paper, “Keeping Girls in the Game: Factors that Influence Sports Participation” is available via the link (PDF)

Resilience Is Dynamic, Not a Static Character Trait

Pygmalion Effect – A Leader’s Attitude and Expectation Set the Tone