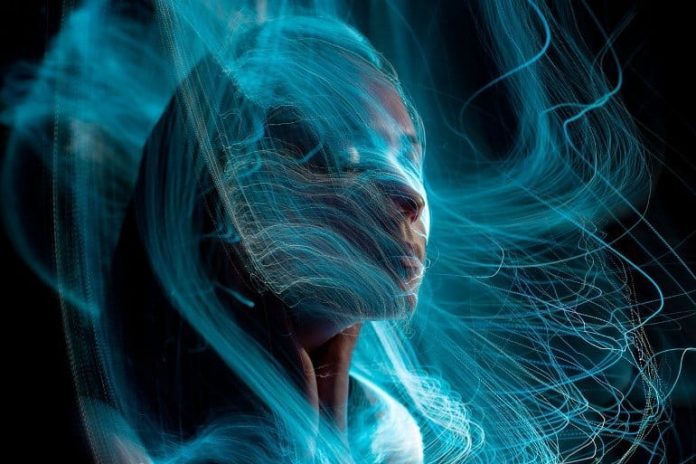 Summary: Worrying and overthinking about possible adverse events that are not immediately present to us, or allowing our minds to wander, can lead to higher levels of creativity.

Psychologists have advanced a new theory linking neurotic unhappiness and creativity, arguing that natural worriers may also have highly active imaginations and be more creative problem-solvers.

The theory, published in the journal Trends in Cognitive Sciences, builds on previously held views that neuroticism – one of the “big five” personality traits – may be linked to heightened threat perception, but aims to help explain why some people worry even when there is no threat present.

Previous research has shown high levels of activity in the parts of the brain that govern conscious perception of threat.

Lead author of the paper, Adam Perkins, Lecturer in the Neurobiology of Personality in the Department of Psychological Medicine at King’s College London, said that people with a tendency to panic “can experience intense negative emotions even when there’s no threat present… This could mean that for specific neural reasons, high scorers on neuroticism have a highly active imagination, which acts as a built-in threat generator.”

Luke Smillie, a Senior Lecturer in Personality Psychology at the University of Melbourne, suggested the authors’ theory is already supported by a number of studies linking neuroticism to the brain systems related to mind wandering.

“If neuroticism is linked with systems responsible for generating spontaneous thought as well as the brain’s threat detection and reaction systems, then a highly-neurotic individual may mentally scan their thoughts for negative information, just as they scan the physical environment for threats and risks,” said Smillie, who was not involved with the paper.

Nick Haslam, Professor of Psychology at the University of Melbourne, said the researchers had made “a novel and quite original claim that neuroticism is not primarily due to being sensitive to threat in the here and now, but is more due to a tendency to engage in ‘self-generated thinking’ that is not directly related to what is immediately present to us.”

“Neurotic people, the theory goes, are more prone to think about what might happen, and especially to ruminate and worry about possible negative implications and possibilities. The authors suggest that this kind of over-thinking about things that are not immediately present to us – essentially mind wandering – can lead to high levels of creativity,” said Haslam, who was not involved in the paper.

However, the self-generated thinking of highly neurotic people is usually repetitive, rigid and unproductive. This is in contrast to the kind of free-flowing and flexible thinking that produces creative ideas, Haslam said. He also noted that there is little evidence that neuroticism is associated with creativity at all.

“Even if the authors are onto something important in recognising how highly neurotic people may ‘over-think’, this does not establish that their thinking is unusually creative,” he said.

Smillie agreed, saying that in recent studies of personality and creativity, “consistent associations are found with one major personality dimension (openness to experience), but no associations emerge for neuroticism.”

The researchers wrote in their paper that:

If it is true that the root cause of neuroticism lies in the tendency to self-generate negatively hued thoughts and feelings, then it is plausible that high scorers on neuroticism should, on average, be more creative problem-solvers than low scorers, because they will tend to dwell on problems to a greater degree than low scorers.

However, Ian H Robertson, a Professor of Psychology at Trinity College Dublin, said more research was needed to establish causation between creativity and neuroticism.

“There is very little evidence that the structure and functional differences of the brains of anxious people cause the proneness to mind wandering or the difficulty that anxious people have in reducing anxious thoughts,” said Robertson, who was not involved in the paper.

However, Robertson said the new theory was very useful and “usefully points out that there may be a beneficial side effect of this otherwise rather tortured state of mind.”

The researchers themselves acknowledge they are “a long way off” establishing a substantial link between neuroticism and creativity, but hope it will stimulate new studies.

“We hope that our new theory will help people make sense of their own experiences, and show that although being highly neurotic is by definition unpleasant, it also has creative benefits,” Perkins said.

About this neuroticism and creativity research news

Age-Related Differences in How the Sleeping Brain Affects Future Thinking

The Role of Sleep in Healing Traumatic Brain Injuries