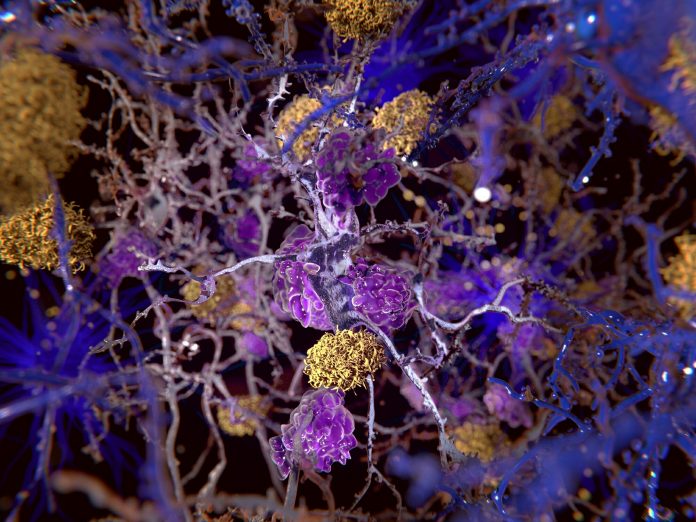 Cognitive decline associated with human immunodeficiency virus (HIV) may be secondary to HIV-associated neurocognitive disorder (HAND) or due to true Alzheimer disease (AD); new tools may help differentiate between these entities in patients with HIV, according to an editorial published in Neurology.

An aging population and widespread use of highly active antiretroviral therapy (HAART) means more elderly HIV patients are vulnerable to common non-HIV diseases that may contribute to development of AD. Previous studies have shown an increased risk of AD among elderly patients with HIV.

As both HAND and AD have similar characteristics and risk factors, including Aβ42 plaques and deficits in episodic memory, new tools are required to differentiate between these entities.

Several differences between HAND and AD may help to differentiate between the entities. Extracellular vesicles/exosomes in the plasma were suggested to play an important role in the development of AD in patients with HIV. Anatomical patterns may distinguish HAND from mild cognitive impairment with differential tissue loss and atrophy patterns.

Calcagno and colleagues reported on the characteristics of older patients with HIV and AD and supported using clinical, neuropsychological, neuroimaging, blood and cerebrospinal fluid biomarkers to differentiate between AD and HAND. They emphasized the importance of a multidisciplinary team approach to reach a correct diagnosis. While the study may be limited by multiple methodological factors, it helped to better understand the differences between HAND and AD in the HIV population.

“[T]his study is an important and timely contribution for the practicing clinician, neurologist or other, as it provides important new insights into the differentiation of HAND from AD in the HIV population, and especially for long term HIV survivors vulnerable to develop [Alzheimer] disease,” concluded the study researchers.