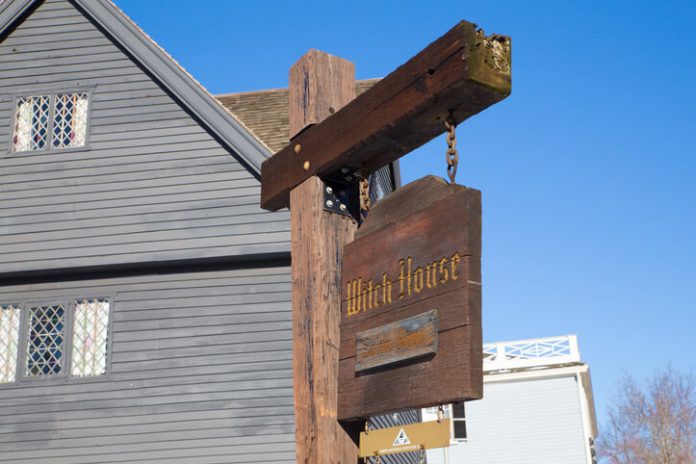 In the fall of 1691, crop failures in Salem Village, Massachusetts, forced residents to switch from making wheat bread to rye bread.

By 1693, 175 people had been accused of witchcraft in the village. During the infamous Salem Witch Trials, 20 were convicted and killed for the crime.

Historians and neurologists alike now believe these two events are connected, thanks to a neurotoxin present in rye.

When the village girls began exhibiting strange behavior in Salem in the late 17th century, the doctors were at a loss.

“The diagnosis was bewitchment because that’s all they could figure out for these girls that were acting the way they were,” according to Dr. Ann H. Titlon, who presented on this case scenario at the recent American Academy of Neurology meeting.

Eight to 10 young girls in Salem Village were afflicted with an “unknown distemper” in the months following the switch to rye bread, Titlon said.

The girls barked like dogs, cried, climbed furniture, and assaulted others. They also complained of temporary blindness, pinching sensations, and paralysis, she added.

Some historians and modern medical experts say all of this could be the result of mass hysteria or even fraud. Others point to ergotism, also called St. Anthony’s Fire. Ergotism can cause vasoconstriction, vertigo, mania, seizures, delusions, and hallucinations.

Ergotism is caused by eating a fungus called Claviceps Purpurea. This fungus thrives on rye grown in lowlands during cold winters and wet springs — the exact conditions found in Salem, Massachusetts.

This fungus produces an “ergot,” or a “hotbed of chemical toxins,” Tilton said. She described the ergot as “incredibly potent,” containing histamines, tyramines, and acetylcholine, and 40 alkaloids.

For obvious reasons, the “ergot” is no longer processed in rye flour. But in 1692 Salem Village, no one knew to do that and millers ground the ergot with the rest of the grain.

Interestingly, the toxic properties of the ergot were reported scientifically before the Salem Witch Trials. Ergotism was first reported in France in 1676 and in England in 1677. Historians have blamed ergotism for several outbreaks in history.

A pandemic in its own right?

The Association Between Smoking and Subarachnoid Hemorrhage

A Not So Very Normal Life – My Brain Lesion and Me