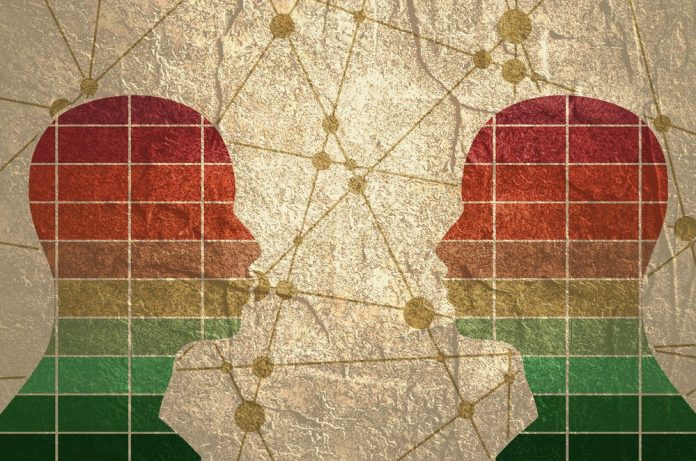 At PMHM, our philosophy was unique in the industry. Those who wanted mental health treatment called PMHM and had a ten- to twenty-minute telephone assessment with a senior level psychologist, who then referred the caller to a BH specialist in the caller’s community.

PMHM’s behavioral treatment philosophy was to focus on and help resolve the patient’s current life factor problems, which were giving rise to the patient’s distressing symptoms. PMHM never recommended medication for callers complaining of depression or anxiety.

The following are some of the major findings from the study:

Those on Multiple Classes of Drugs

The data on antidepressant prescriptions may indicate that there may be a search by the physician to find the right drug for the patient’s depression and anxiety:

Psychiatry and the pharmaceutical industry have been promoting the belief that depression is a brain disease affecting one or more neurotransmitters in the brain, so I suspect that the prescribers might have been looking for the right drug to reach the right source of this patient’s depression.

I suspect that when one observes multiple prescriptions (both within and between drug classes, as in the above) it is likely that the patient is not improving, causing the prescriber to search for another drug to help the patient.

However, when multiple drugs fail to treat depression, is it possible that drugs may not be an effective treatment for depression? Fifty years ago, psychiatrists used to do psychotherapy, but now in psychiatry, drug treatment is seen as the only possibility!

I had a consulting board-certified psychiatrist review 16 of what I thought were the worst examples of inappropriate psychiatric drug prescribing. Here are four of the most egregious examples:

One can only imagine the adverse side effect profile of these patients on multiple psychiatric drugs, and with such egregious examples of polypharmacy, one cannot hope for a good treatment outcome.

I have no reason to believe that the inappropriate and egregious prescribing patterns found in this study are unique compared to other health plans. In the intervening years since this study, it is likely that the psychiatric drug prescribing has become worse rather than better.

What can we learn from this case study?

Prior to the appearance of Prozac in 1987, primary care and other non-psychiatric physicians rarely tried to diagnose their patients with mental health problems. Instead, medical professionals referred these patients to psychiatrists and, to a lesser extent, to psychologists. Prozac was hailed in many quarters as a breakthrough mental health drug, a wonder drug that cured depression and even made emotionally normal people better that normal!

This “theory” or “little white lie” would enable more patients with these problems to come forward for treatment. In the late 1960s, when this “theory” was becoming rampant, my colleagues and I knew this message had absolutely no validity. But the psychiatrists argued for the message (read: bold-faced lie) because of the anticipated good result! I, for one, had too much of a belief in science and truth to get on the bandwagon of this movement.

What are a few of the unintended consequences of this “little white lie”?

1. Primary care and other non-psychiatric physicians have become the largest “behavioral health” profession in the U.S. and prescribe 80% of all psychiatric drugs. General physicians have dominated the field of mental health treatment based only on a six-week rotation in psychiatry during their clinical internship. This movement was fueled by psychiatry’s and the pharmaceutical industry’s propaganda that depression and the other mental disorders are brain diseases.

Because they were considered brain diseases, the cure would come from pharmaceuticals or other biophysical treatments to address various putative neurotransmitter-related causes, such as serotonin and dopamine, among others. This message appealed very much to general physicians who were trained in the biophysical sciences.

2. General physicians were ripe to take on this message as their very own, which is apparent in the psychiatric drug prescribing patterns found in the case study under discussion. Many of these prescribing patterns are atrocious and reveal a search for the right drug to effectively treat a mythical brain disease that will cure the patient, a search fueled by the fact that the patient is not improving on the primary drug!

3. In the 1950s, and even for some time afterward, psychiatric residency programs saw mental disorders as arising both from biophysical and psychosocial antecedents and prepared residents for comprehensive treatment, namely drugs when appropriate and psychotherapy. Since then, though, the psychiatrist believers in the biophysical origins of the mental disorders have become ascendant. They now dominate the profession as a whole and provide the principal training of the next generation of psychiatrists.

4. This “scientific” organic view of the mental disorders has taken hold in almost every section of U.S. healthcare because the medical profession controls and shapes U.S. healthcare as we know it. The medical profession dominates and puts its mark on the health insurance industry as a whole, the current Managed Care Organizations, the FDA approval process, and even the health plans of private and government funded health programs.

I invite employer-sponsored health plans to have their pharmacy management firm replicate and expand the above study to review the quality and cost of the mental health treatment in the plan. PMHM’s system of arranging and managing the employer’s care was unique, and it only contracted with the traditional behavioral health professionals, psychologists, clinical social workers, and psychiatrists who conducted CBT.

In such a new study, it would be useful to see a breakdown of prescribing by psychiatrists, as well as prescribing by non-psychiatric physicians, physician assistants, and nurse practitioners.  I cannot vouch for the quality of the services in any current plan being studied, but, for comparison purposes, the utilization and cost data of the behavioral treatment side of the plan should be included.

The study I conducted was confined to only data on psychiatric drug utilization and costs, but since then there are new costs in addition to drugs and psychotherapy—namely six or more FDA-cleared biomechanical treatments that zap the brain to address those patients whose depression does not respond to psychiatric medications. In my recent book, What’s Wrong With Much of U.S. Healthcare and How to Fix It, I have reviewed several of these biomechanical treatments, whose results I find are less than impressive.

When the pharmacy management firm has gathered the costs for both psychiatric drug prescribing and psychotherapy for a one or two year period, I would suggest retaining a psychologist and a psychiatrist (the latter an expert in psychiatric drug treatment) to review the data and to write a report and their recommendations for any changes these professionals would make to reduce and eliminate any inappropriate prescribing of these drugs, which would be a very good beginning to improve the quality and cost of providing mental health services.

Such a behavioral drug- and biomechanical-treatment study would be very enlightening, and would likely show that the present system of non-psychiatric physician responsibility for the diagnosis and treatment of the mental disorders leaves much to be desired and a new and improved system must be created.

My 1991 study found a great deal of inappropriate and dangerous polypharmacy prescribing, and I suspect that the deplorable prescribing of these drugs through the intervening years has gotten worse rather than better.

Eat Me: The Cell Signal of Death

Autism Theory 25 Years in the Making