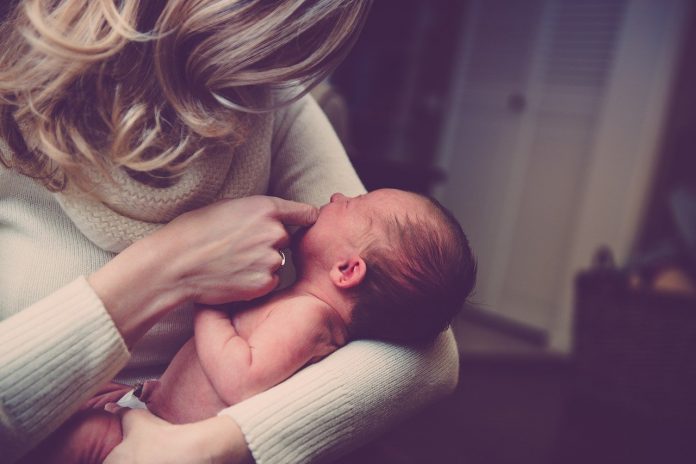 Postpartum psychosis is a devastating, but rare, mental health problem that affects women in the first few weeks after giving birth. Symptoms vary widely, and can include high mood (mania), depression, confusion, hallucinations and delusions.

There are currently no biological markers that help to identify women who could go on to develop postpartum psychosis, and the role of brain connectivity – how different areas of the brain talk to each other, measured using brain scans – is yet to be fully explored.

Researchers from the Institute of Psychiatry, Psychology & Neuroscience (IoPPN) at King’s College London, and the University of Padova in Italy, found that compared with healthy women, women at risk of postpartum psychosis show altered connectivity in brain networks associated with ‘goal-directed behaviour’ – i.e. areas of the brain involved in planning, organising and completing short and long-term tasks.

Their study also offers the first evidence that increased connectivity within the brain’s executive network (responsible for attention, working memory and decision-making) could represent a marker of resilience to postpartum psychosis relapse.

Eight weeks after giving birth, the women had brain scans while resting, followed by further scans during an emotional processing task, to study how different brain areas were activated, and the interplay between them.

For the task, participants looked at images of faces expressing different emotions and had to identify that emotion (for example, a face showing a fearful expression). The researchers measured how long it took for them to successfully identify these emotions and analysed how different networks of the brain were activated.

All women at risk of postpartum psychosis, and particularly those who later became unwell, struggled more with understanding and decoding negative emotions, compared to the healthy women. This was indicated by reduced connectivity between certain brain networks during the task, and longer reaction times to the negative emotional images.

While similar connectivity changes have also been revealed in patients with other psychiatric disorders, the King’s study found that these changes were more marked specifically in women who become unwell, potentially reflecting the emotional instability women experience during the course of the disorder.

Paola Dazzan, Professor of Neurobiology of Psychosis at King’s College London, said: “Although rare, postpartum psychosis is a very serious mental health problem that can be really frightening for new mothers, their partners, friends and family.

“Previously, it’s been difficult to spot women at risk of postpartum psychosis or explain why some are more vulnerable than others, as we really haven’t known enough about the neurobiology of the illness. Our study is the first step towards a better understanding of brain connectivity as a marker of vulnerability to postpartum psychosis.”

Professor Dazzan added: “We recently published another paper looking at the role of stress in postpartum psychosis, which found that higher levels of cortisol (the main stress hormone) in the third trimester of pregnancy predicted postpartum psychosis relapse. If subtle alterations in the brain’s executive network, and its interaction with other brain areas, were also detectable in pregnancy, these could offer vital clues to the development of postpartum psychosis. Potentially, this could enable us to intervene earlier, allowing clinicians to provide the best possible support for new mothers, before the onset of symptoms.”

The researchers are now planning to study how these brain scan changes are related to the interaction between the mothers and their babies, and also how the babies develop during their first years of life.

Funding: This research was funded by the Medical Research Foundation, with additional support from the NIHR Maudsley Biomedical Research Centre at South London and Maudsley NHS Foundation Trust and King’s College London.

Professor Paola Dazzan’s postpartum psychosis research is funded by a gift in Will to the Medical Research Foundation, received in memory of a donor’s sister.

Original Research: The study will appear in Translational Psychiatry