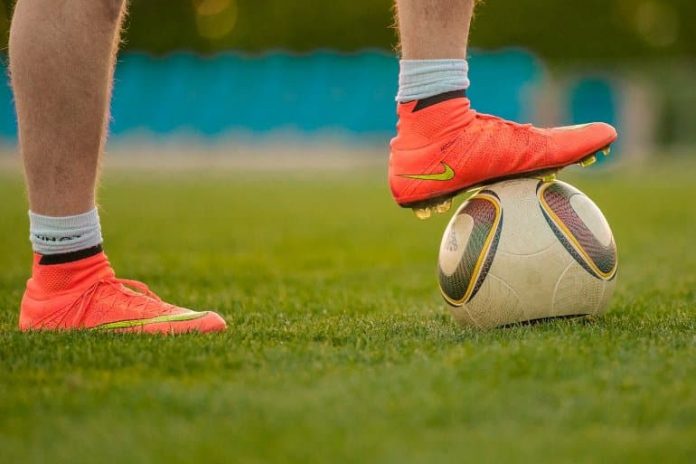 Summary: Soccer players who feel anxious at the thought of kicking a penalty kick and who miss the goal show more activity in the prefrontal cortex. Overthinking the shot, researchers say, could play a role in missing a goal.

Are penalty shots a soccer player’s dream or nightmare? What should be an easy shot can become a mammoth task when the hopes and fears of an entire nation rest on a player’s shoulders, leading them to choke under pressure.

Understanding the brain activity behind choking is the driving force behind a new study in open-access journal Frontiers in Computer Science.

The study is the first to measure brain activity during penalty shots in a soccer pitch environment. It finds that people who choked activated areas of the brain involved in long-term thinking, suggesting that they were overthinking the consequences of missing the shot.

Penalty shootouts hold a special fear for many soccer fans. For instance, the English team has suffered some infamous misses over the years and their record at the penalty spot is fairly bleak. Remember Beckham’s slip on the penalty spot against Portugal in the 2004 European Cup? He certainly does. Penalties can go either way, which makes them exciting to watch, but they raise some questions about performance under pressure.

“How can it be that football players with a near perfect control over the ball (they can very precisely kick a ball over more than 50 meters) fail to score a penalty kick from only 11 meters?” asks coauthor Max Slutter, an MSc student at the faculty of electrical engineering, mathematics and computer science at the University of Twente, the Netherlands.

“Obviously, huge psychological pressure plays a role, but why does this pressure cause a missed penalty? We tried to answer this by measuring the brain activity of football players during the physical execution of a penalty kick.”

Slutter and colleagues recruited 22 volunteers to kick penalties and measured their brain activity using a technique called functional near-infrared spectroscopy (fNIRS). fNIRS involves wearing a headset, and can measure brain activity on the move. The study is the first to investigate the neuroscience behind choking under realistic conditions outside a laboratory.

The volunteers attempted to score penalties under different pressure conditions: with an open goal, against a friendly goalkeeper, and in a high-pressure situation where the goalkeeper attempted to distract them and there was a prize at stake.

“We found that players who were able to perform under pressure activated task-relevant areas of the brain,” explained Dr Nattapong Thammasan, of the University of Twente.

“For example, increased activation of the motor cortex was related to performing under pressure. This seems logical, as movement is one of the most important elements when taking a penalty.”

For players who tended to experience more anxiety and miss penalties, another area of the brain was more active – the pre-frontal cortex. This brain region is involved in long-term thinking, suggesting that such players were thinking about the consequences of missing the shot, which impaired their performance.

Strikingly, the researchers believe that the fNIRS technology could assist players to perform better under pressure by letting them know how their brains are behaving. They hypothesize that players could train themselves to activate beneficial brain regions in high-pressure situations.

Excitingly, the technique could also be beneficial for other professions where performance under high pressure is important, such as brain surgery. It may be too late for Beckham, but next-generation brain surgeons could be on the way.

About this neuroscience and sports research news

At vital moments in professional soccer matches, penalties were often missed. Psychological factors, such as anxiety and pressure, are among the critical causes of the mistakes, commonly known as choking under pressure. Nevertheless, the factors have not been fully explored. In this study, we used functional near-infrared spectroscopy (fNIRS) to investigate the influence of the brain on this process.

An in-situ study was set-up (N = 22), in which each participant took 15 penalties under three different pressure conditions: without a goalkeeper, with an amiable goalkeeper, and with a competitive goalkeeper. Both experienced and inexperienced soccer players were recruited, and the brain activation was compared across groups.

Besides, fNIRS activation was compared between sessions that participants felt anxious against sessions without anxiety report, and between penalty-scoring and -missing sessions.

The results show that the task-relevant brain region, the motor cortex, was more activated when players were not experiencing performance anxiety. The activation of task-irrelevant areas was shown to be related to players experiencing anxiety and missing penalties, especially the prefrontal cortex (PFC).

More particularly, an overall higher activation of the PFC and an increase of PFC lateral asymmetry were related to anxious players and missed penalties, which can be caused by players’ worries about the consequences of scoring or missing the penalty kicks.

Overall, the results of this study are in line with the neural efficiency theory and demonstrate the feasibility and ecological validity to detect neurological clues relevant to anxiety and performance from fNIRS recordings in the field.

Serotonin Key to Social Aversion During Withdrawal From Opioids

Circuit that focuses attention brings in wide array of inputs

Differences Between Brains of Girls and Boys With Autism