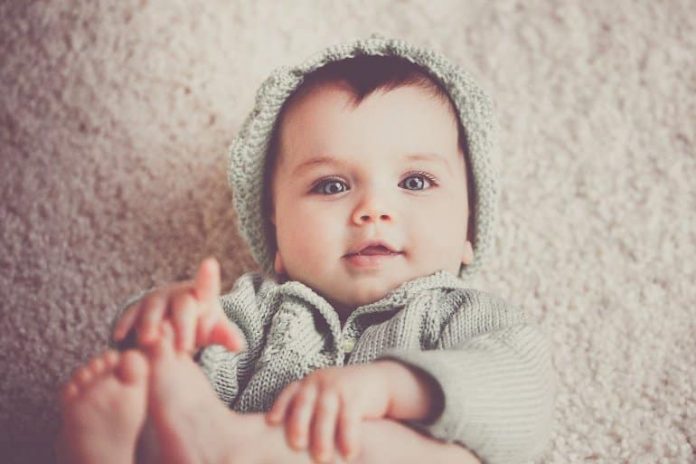 Summary: Addressing a previous, widely criticized research paper, a new study reveals there is no link between epidurals during childbirth and an increased risk of autism diagnosis in children.

Having an epidural during childbirth is not associated with a greater risk of autism in the child, according to a study led by researchers at the Stanford University School of Medicine and the University of Manitoba.

The study, which was published online April 19 in JAMA Pediatrics, helps resolve questions raised by an earlier, widely criticized report on the topic.

“We did not find evidence for any genuine link between having an epidural and putting your baby at increased risk of autism spectrum disorder,” said the study’s senior author,  Alexander Butwick, MD, associate professor of anesthesiology, perioperative and pain medicine at Stanford. The study should help reassure both physicians and pregnant women about the favorable safety profile of epidurals, he added.

Epidurals are the most common form of pain relief for childbirth, used by about three-quarters of women in labor in the United States. Autism is a developmental disorder that affects one in every 54 children nationwide.

“The epidural is the gold standard in labor pain management,” said the study’s lead author, Elizabeth Wall-Wieler, PhD, assistant professor at the University of Manitoba.

“The vast majority of evidence around epidurals, including that from our new study, shows that they are the most effective means of providing pain relief to women during labor and that serious complications are rare.”

Questions raised by prior study

During an epidural, anesthetic is given by catheter into the space around the woman’s spinal cord. Epidurals relieve pain from labor contractions while allowing women to stay alert and push during birth.

They also have other important, yet underappreciated, advantages. For example, epidurals can provide anesthesia to laboring women who require unplanned, and often urgent, cesarean sections.

They also pose a lower risk to the mother and baby than general anesthesia, which may be necessary if a woman who has not already had an epidural needs an emergency C-section.

In October 2020, a study of California births said epidural use was associated with a 37% greater risk of later autism diagnosis for children. But the study was widely criticized for failing to account for many socioeconomic, genetic and medical risk factors for autism — separate from the epidural — that could be more common among women who choose epidurals.

Experts also noted that it was biologically implausible for epidurals to raise autism risk. Shortly after that study’s release, several professional societies issued a statement saying that the study did not provide credible scientific evidence that epidurals cause autism.

The new research examined epidural use during childbirth and later diagnoses of autism in Manitoba, Canada. It included 123,175 children who were born between 2005 and 2016 and were followed until 2019.

“Manitoba has these wonderful, linked data sets that are population-wide,” Butwick said, noting that the research team was able to access information that linked individuals’ medical records, prescriptions, other health-related data, socioeconomic information and information about children’s academic achievements. “It’s extraordinary information that is super rich,” he said.

But then the researchers controlled for factors thought to potentially influence autism risk — many more such factors than in the prior study.

Those included socioeconomic factors (mothers’ education, marital status, neighborhood socioeconomic level and receipt of welfare during pregnancy); mothers’ pre-pregnancy medical history (including diabetes, hypertension, anxiety and depression); medical conditions during pregnancy; mothers’ smoking, alcohol and recreational drug use; mothers’ hospitalization for mental illness during pregnancy; mothers’ use of several types of prescription medications (benzodiazepines, antidepressants and antiepileptics); medical complications of delivery; and factors related to the mothers’ pregnancy and labor, including the length of the pregnancy, whether labor was induced or augmented, and whether the fetus was large or in distress during labor.

The researchers also analyzed pairs of siblings in which the mother received an epidural during one child’s birth but not the other. This comparison gave a way to account for genetic and familial factors, which influence autism risk.

Once the researchers had adjusted for all the confounding factors, there was no statistically significant difference in autism risk between children whose mothers received epidurals during their birth and those who did not. Accounting for genetic and family-related factors reduced the difference between the groups even more.

The team conducted many different analyses, said Wall-Wieler, and repeatedly found a lack of association between epidurals and autism. “That makes us really confident in how robust our results were,” she said.

“Our study has a stronger finding because we accounted for limitations the first study had,” Butwick said. “An epidural remains a well-established and effective means of providing pain relief during labor, with several benefits associated with it.”

Brian Bateman, MD, Stanford Medicine’s incoming chair of the anesthesiology, perioperative and pain medicine, also co-authored the study. (Bateman is currently chief of obstetric anesthesia at Brigham and Women’s Hospital in Boston.) Other scientists from the University of Manitoba contributed to the work.

Funding: The study was funded by the Canadian Institutes of Health Research.

Epidural labor analgesia (ELA) has been associated with an increased offspring risk of autism spectrum disorder (ASD). Whether this finding may be explained by residual confounding remains unclear.

To assess the association between ELA and offspring risk of ASD.

Longitudinal cohort study of vaginal deliveries of singleton live infants born from 2005 to 2016 from a population-based data set linking information from health care databases in Manitoba, Canada; offspring were followed from birth until 2019 or censored by death or emigration. Data were analyzed from October 19, 2020, to January 22, 2021.

At least 1 inpatient or outpatient diagnosis of ASD in offspring aged at least 18 months. For the full population and a sibling cohort, inverse probability of treatment-weighted Cox proportional hazards regression analyses were used to control for potential confounders.

In the within-siblings design adjusting for baseline covariates, ELA was not associated with ASD (inverse probability of treatment–weighted HR, 0.97; 95% CI, 0.78-1.22). Results from sensitivity analyses restricted to women without missing data who delivered at or after 37 weeks of gestation, firstborn infants only, and offspring with ASD classified with at least 2 diagnostic codes were consistent with findings from the main analyses.

In a Canadian population-based birth cohort study, no association between ELA exposure and an increased offspring risk of ASD was found.

For the Brain, Context Is Key to New Theory of Movement and Memory

New Insights About the Adolescent Brain