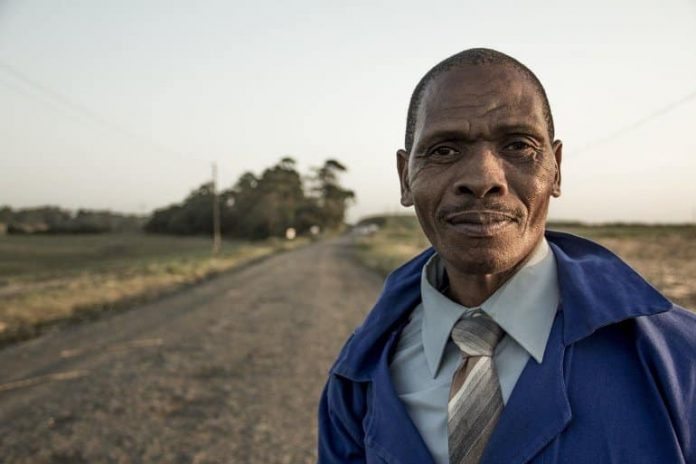 Older adults are more willing to make an effort to help others than younger adults, according to new research from the University of Birmingham.

The study, led by researchers in the University’s School of Psychology, is the first to show how effortful ‘prosocial’ behaviour – intended to benefit others – changes as people get older. In particular, it focused on people’s willingness to exert physical effort, rather than to give money or time, since attitudes to both these are known to change with age.

The research results are published in Psychological Science.

In the study, the research team tested a group of 95 adults aged between 18 and 36, and a group of 92 adults aged 55-85. Each participant made 150 choices about whether or not to grip a handheld dynamometer – a device for measuring grip strength or force,- with 6 different levels of how hard they had to grip. Before the experiment, the researchers measured each person’s maximum grip strength, so they could make sure that the effort people had to put in was the same for everyone, and not affected by how strong people were.

The team also noticed a correlation between the willingness to put effort into tasks that benefited other people and positive feelings towards other people. But it was only in younger people that this ‘warm glow’ feeling also related to them completing tasks for themselves.

Senior author, Dr Matthew Apps, explained: “Past research had suggested that older adults were more prosocial than young adults because they donate more money to charity. But, the amount of money or time people have available changes a lot as we get older, as such older adults might just appear more prosocial. We wanted to focus simply on people’s willingness to exert effort on behalf of someone else, as this shouldn’t depend on your wealth or the time you have available. Our results showed very clearly that participants in our older age group were more likely to work harder for others, even though they would gain no significant financial reward for themselves.”

Lead author Patricia Lockwood added: “A lot of research has focused on the negative changes that happen as people get older. We show that there are positive benefits to getting older too, in particular, older adults seem to be more willing to put in the effort to help others. These ‘prosocial behaviors’ are really important for social cohesion. Understanding how prosocial behavior changes as people get older is critical as we predict the impact of an aging society.”

About this aging and psychology research news

Social cohesion relies on prosociality in increasingly aging populations. Helping other people requires effort, yet how willing people are to exert effort to benefit themselves and others, and whether such behaviors shift across the life span, is poorly understood.

Using computational modeling, we tested the willingness of 95 younger adults (18–36 years old) and 92 older adults (55–84 years old) to put physical effort into self- and other-benefiting acts. Participants chose whether to work and exert force (30%–70% of maximum grip strength) for rewards (2–10 credits) accrued for themselves or, prosocially, for another.

Younger adults were somewhat selfish, choosing to work more at higher effort levels for themselves, and exerted less force in prosocial work. Strikingly, compared with younger adults, older people were more willing to put in effort for others and exerted equal force for themselves and others.

Stars, brains, and enzymes: a celebration of MIT science