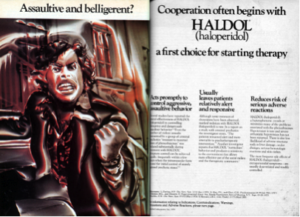 From Psychiatric Services: “On June 3, 2020, I attended an emergency town hall meeting on structural racism, held by the American Association of Community Psychiatrists. The Zoom event consisted of a panel discussion arranged after an African American psychiatrist sent an e-mail to our Listserv with the subject line ‘Crickets,’ referencing the fact that nobody had initiated any discussion about racism in response to recent incidents of police brutality in the United States.

Dr. Ruth Shim, a woman of color who has recently published a book on social justice issues in psychiatry, started her talk by acknowledging the white fragility elephant in the room with a quote from James Baldwin: ‘Guilt is a luxury that we can no longer afford. I know you didn’t do it, and I didn’t do it either, but I am responsible for it because I am a man and a citizen of this country and you are responsible for it, for the very same reason.’ She spoke about the long history of racism in our profession, at one point showing a pharmaceutical advertisement from a medical journal from the early 1990s. There is a drawing of a furious-appearing Black man lunging forward with a clenched fist, the caption reading: ‘Assaultive and belligerent? Cooperation often begins with Haldol.’ That ad solved the mystery of why I have inherited so many patients of color who were on massive doses of Haldol, often despite marked tardive dyskinesia, a sometimes permanent adverse effect. But the ad was most jarring not because it was peddling a toxic drug, but because it explicitly appealed to psychiatrists to control the behavior of angry Black men by means of chemical restraint.

Encouraged by my colleagues of color to engage in some uncomfortable self-reflection, I realized that the trajectory of my career was directly influenced by my racial biases.”

Pregnancy and Delivery Outcomes in Women with Charcot-Marie Tooth Disease