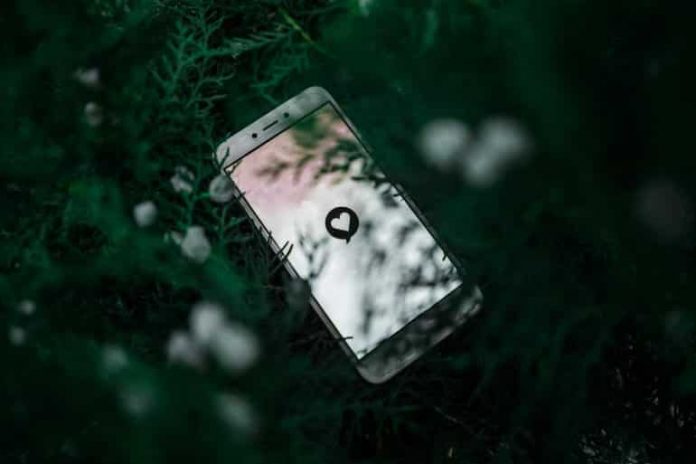 Summary: People’s reasoning for “swiping right” on dating apps is based on attractiveness and the race for a potential partner, and these decisions are made in less than a second, a new study reports. Users who perceived themselves to be more attractive swiped less more often, demonstrating themselves to be pickier when it came to partner selection.

According to the Pew Research Center, 1 in 10 American adults have landed a long-term relationship from an online dating app, such as Tinder, OKCupid and Match.com. But what compels people to “swipe right” on certain profiles and reject others?

New research from William Chopik, an associate professor in the Michigan State University Department of Psychology, and Dr. David Johnson from the University of Maryland, finds that people’s reason for swiping right is based primarily on attractiveness and the race of a potential partner, and that decisions are often made in less than a second.

“Despite online dating becoming an increasingly popular way for people to meet one another, there is little research on how people connect with each other on these platforms,” said Chopik. “We wanted to understand what makes someone want to swipe left or swipe right, and the process behind how they make those decisions.”

Chopik’s research, published in the Journal of Research in Personality, used two studies to measure how dating app users from different walks of life interacted with available profiles. The first study focused on college students, while the second focused on middle-aged adults, averaging 35 years old. Participants were given a choice to either view profiles of men or women, depending on their dating preferences.

Male participants, on average, swiped right more often than women, and it was also found that individuals who perceive themselves to be more attractive swipe left more often overall, proving to be choosier when picking out potential partners.

“It’s extremely eye-opening that people are willing to make decisions about whether or not they would like to get to another human being, in less than a second and based almost solely on the other person’s looks,” said Chopik.

“Also surprising was just how little everything beyond attractiveness and race mattered for swiping behavior – your personality didn’t seem to matter, how open you were to hook-ups didn’t matter, or even your style for how you approach relationships or if you were looking short- or long-term didn’t matter.”

While attractiveness played a major role in participants’ decisions to swipe left or right, race was another leading factor. Users were significantly more likely to swipe on users within their same race, and profiles of users of color were rejected more often than those of white users.

“The disparities were rather shocking,” Chopik said. “Profiles of Black users were rejected more often than white users, highlighting another way people of color face bias in everyday life.”

Currently, Chopik is researching how people using online dating apps respond to profiles which swipe right on them first. Though his findings are still being finalized, so far, the data seems to show that people are significantly more likely to swipe right on a profile that liked them first, even if the user is less attractive or the profile in general is less appealing.

“We like people who like us,” he said. “It makes sense that we want to connect with others who have shown an interest in us, even if they weren’t initially a top choice.”

Modeling dating decisions in a mock swiping paradigm: An examination of participant and target characteristics

New online dating platforms, such as Tinder, are dramatically changing the context in which people seek romantic relationships. In these platforms, users select partners they are willing to start a conversation with by “swiping” on them. These platforms provide exciting possibilities for applying new methods to test how user (e.g., demographic, personality) and target/partner (e.g., attractiveness, race) factors predict attraction.

The current studies provide substantive information about the factors that predict romantic attraction in the context of mobile-based dating applications.

On Being Forced Out in the Clinical Psychology Field