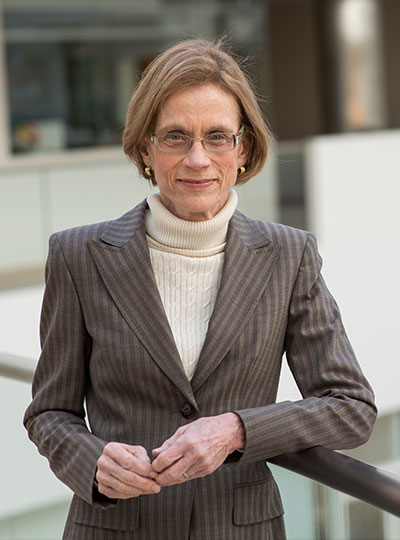 View the interactive version of this story in our Spring 2021 issue of BrainScan.

The brain circuits that influence our decisions, cognitive functions, and ultimately, our actions are intimately connected with the circuits that give rise to our motivations. By exploring these relationships, scientists at McGovern are seeking knowledge that might suggest new strategies for changing our habits or treating motivation-disrupting conditions such as depression and addiction.

In Ann Graybiel’s lab, researchers have been examining how the brain makes choices that carry both positive and negative consequences — deciding to take on a higher-paying but more demanding job, for example. Psychologists call these dilemmas approach-avoidance conflicts, and resolving them not only requires weighing the good versus the bad, but also motivation to engage with the decision.

Emily Hueske, a research scientist in the Graybiel lab, explains that everyone has their own risk tolerance when it comes to such decisions, and certain psychiatric conditions, including depression and anxiety disorders, can shift the tipping point at which a person chooses to “approach” or “avoid.”

Studies have shown that neurons in the striatum (see image below), a region deep in the brain involved in both motivation and movement, activate as we grapple with these decisions. Graybiel traced this activity even further, to tiny compartments within the striatum called striosomes.

(She discovered striosomes many years ago and has been studying their function for decades.)

In 2015, Graybiel’s team manipulated striosome signaling within genetically engineered mice and changed the way animals behave in approach-avoidance conflict situations. Taking cues from an assessment used to evaluate approach-avoidance behavior in patients, they presented mice with opportunities to obtain chocolate while experiencing unwelcome exposure in a brightly lit area.

Experimentally activating neurons in striosomes had a dramatic effect, causing mice to venture into brightly lit areas that they would normally avoid. With striosomal circuits switched on, “this animal all of a sudden is like a different creature,” Graybiel says.

Two years later, they found that chronic stress and other factors can also disrupt this signaling and change the choices animals make.

This November, Alexander Friedman, who worked as a research scientist in the Graybiel lab, and Hueske reported in Cell that they found an age-related decline in motivation-modulated learning in mice and rats. Neurons within striosomes became more active than the cells that surround them as animals learned to assign positive and negative values to potential choices. And older mice were less engaged than their younger counterparts in the type of learning required to make these cost-benefit analyses. A similar lack of motivation was observed in a mouse model of Huntington’s disease, a neurodegenerative disorder that is often associated with mood
disturbances in patients.

“This coincides with our previous findings that striosomes are critically important for decisions that involve a conflict.”

“This coincides with our previous findings that striosomes are critically important for decisions that involve a conflict,” says Friedman, who is now an assistant professor at the University of Texas at El Paso.

Graybiel’s team is continuing to investigate these uniquely positioned compartments in the brain, expecting to shed light on the mechanisms that underlie both learning and motivation.

“There’s no learning without motivation, and in fact, motivation can be influenced by learning,” Hueske says. “The more you learn, the more excited you might be to engage in the task. So the two are intertwined.”

Researchers in John Gabrieli’s lab are also seeking to understand the circuits that link motivation to learning, and recently, his team reported that they, too, had found an age-related decline in motivation-modulated learning.

Studies in young adults have shown that memory improves when the brain circuits that process motivation and memory interact. Gabrieli and neurologist Maiya Geddes, who worked in Gabrieli’s lab as a postdoctoral fellow, wondered whether this holds true in older adults, particularly as memory declines.

Not surprisingly, when participants were asked 24 hours later to recall the words, the younger group performed better overall than the older group. In young people, incentivized memory tasks triggered activity in parts of the brain involved in both memory and motivation. But in older adults, while these two parts of the brain could be activated independently, they did not seem to be communicating with one another.

“It seemed that the older adults, at least in terms of their brain response, did care about the kind of incentives that we were offering,” says Geddes, who is now an assistant professor at McGill University. “But for whatever reason, that wasn’t allowing them to benefit in terms of improved memory performance.”

Since the study indicates the brain still can anticipate potential rewards, Geddes is now exploring whether other sources of motivation, such as social rewards, might more effectively increase healthful decisions and behaviors in older adults.

Understanding how the brain generates and responds to motivation is not only important for improving learning strategies. Lifestyle choices such as exercise and social engagement can help people preserve cognitive function and improve their quality of life as they age, and Gabrieli says activating the right motivational circuits could help encourage people to implement healthy changes.

By pinpointing these motivational circuits in mice, Graybiel hopes that her research will lead to better treatment strategies for people struggling with motivational challenges, including Parkinson’s disease. Her team is now exploring whether striosomes serve as part of a value-sensitive switch, linking our intentions to dopamine-containing neurons in the midbrain that can modulate our actions.

“Perhaps this motivation is critical for the conflict resolution, and striosomes combine two worlds, dopaminergic motivation and cortical knowledge, resulting in motivation to learn,” Friedman says.

“Now we know that these challenges have a biological basis, and that there are neural circuits that can promote or reduce our feeling of motivational energy,” explains Graybiel. “This realization in itself is a major step toward learning how we can control these circuits both behaviorally and by highly selective therapeutic targeting.”

When Mother and Child Interact, Physiology and Behavior Coordinate

Orgasm Gap Impacts How Much Women Want One

Break Down. Wake Up. podcast – 003 – Speaking About the Unspoken with Boukje...