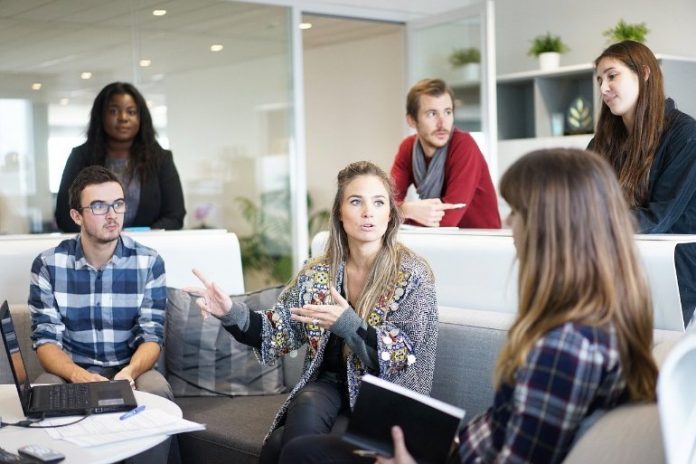 Summary: Whether a conversation seems to last forever or is cut prematurely short, researchers say it is incredibly common to experience conversational disappointment.

Everyone’s familiar with the sensation of being trapped in a conversation for too long – be that over the garden fence or by the office water cooler. On the other end of the spectrum, we’ve also experienced conversations that seem to end prematurely, leaving us dissatisfied and maybe even a little hurt.

Now, a Harvard study has found that this conversational disappointment may in fact be incredibly common. Involving 992 participants taking part in two-way discussions, the study found that less than 2% of conversations ended when both partners wanted them to. This figure was remarkably stable, irrespective of whether people were talking to a stranger or a lover.

The authors of the study believe this discrepancy is the result of a classic “coordination problem”, arising because people tend to hide their true desires, including when they want a conversation to end, in an effort to avoid being rude.

But our experience in conversation analysis would add that ending conversations elegantly is an elaborate social skill with many complex moves: akin to a final pirouette in a dance, or the crescendo in a piece of music. That means many conversations overrun for the sake of politeness and social solidarity, reaching a compromise that may suit neither party, but which crucially, and admirably, avoids offence.

Conversations may seem simple, but they’re actually incredibly skillful affairs. They involve our navigation between thousands of cues, often responding instantly and appropriately to the subtlest of hints.

We do all this automatically, often without recourse to conscious thought. And yet the Harvard study suggests that 98% of our conversations end unskillfully: reaching an unsatisfying conclusion either too early or too late.

In part, this communication gap is due to speakers hiding their desires from one another: the coordination problem. But it’s also a result of the rules that govern the way we talk with each other, and the way these rules compel us to cut short or extend our conversations.

Even free-flowing conversations follow a formal order and a set of rules, according to the systematic analysis of conversation. Even though most of us are unaware of these rules, we tend to follow them automatically, drawing on learning gained very early in life.

To understand why the rules the govern our chit-chat result in our conversations ending too early or too late, it helps to see a conversation as a cooperative activity, a little like a dance.

As one person speaks, they take in and adjust to the reactions of their partner. Facial expressions, shifts in gaze, body language, and even a cough can alter the trajectory of a speaker’s talk. This reciprocal behaviour is learned early: babies only a few weeks old are active participants in turn-taking, one of conversation’s fundamental rules.

These rules also contain a set of social actions which prepare conversations to hit off in particular directions. Asking someone, “have you eaten already?” is an example of a social action, and it’s used as a preliminary to set up a tangent about asking someone out to lunch.

Some actions even require preliminaries to preliminaries, like when people delicately ask: “Can I ask you a question?” From these examples alone, it’s clear that much of what we say is a formality that naturally extends the duration of our conversations.

To end a conversation, a social action is often used to avoid making a faux pas. These social actions are called “closing routines”, during which speakers confirm to each other that they are truly done. Saying “anyway” or “alright” in a certain tone can help precipitate a closing routine.

These closing routines often follow very specific moves. They first require a pre-closing statement, which announces the intention to end the conversation. This must be accepted by both parties in order for the next stage to start, which might in turn build to a familiar conversational conclusion and final salutations.

Instead, the finding that only 2% of our conversations end when both participants want them to is, in a sense, cause for celebration. It means that the remaining 98% are instead conforming to the rhythm of the conversational dance: cooperating and responding to cues and prompts until they can part company – all without stepping too heavily on each other’s toes.

Take the Stress Out of Christmas by Being Kind to Yourself