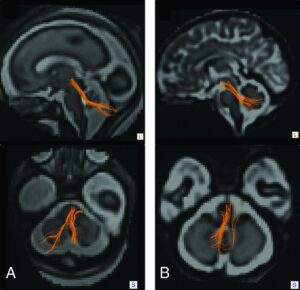 Little is known about microstructural development of cerebellar white matter in vivo. This study aimed to investigate developmental changes of the cerebellar peduncles in second- and third-trimester healthy fetuses using motion-corrected DTI and tractography.