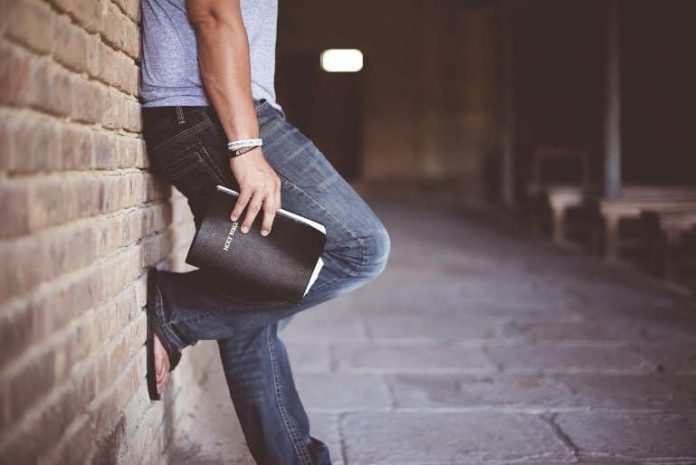 Summary: Atheists are more likely to the morality of an action based on its consequences, while theists are more inclined to endorse moral values that promote group cohesion. Both believers and non-believers share moral values related to protecting vulnerable individuals and liberty versus oppression, a new study concludes.

A new study suggests that, while atheists and theists share moral values related to protecting vulnerable individuals, atheists are less likely to endorse values that promote group cohesion and more inclined to judge the morality of actions based on their consequences.

Tomas Ståhl of the University of Illinois at Chicago presents these findings in the open-access journal PLOS ONE on February 24, 2021.

In many countries, including the U.S., widespread cultural beliefs hold that atheists lack a moral compass. However, no previous studies have systematically examined the differences between atheists’ and theists’ concepts of morality.

Analysis of the results suggests that theists are more inclined than atheists to endorse moral values that promote group cohesion. Meanwhile, atheists are more likely to judge the morality of an action based on its consequences. However, atheists and theists appear to align on moral values related to protecting vulnerable individuals, liberty versus oppression, and being epistemically rational, i.e.: believing in claims when they are evidence-based and being skeptical about claims not backed by evidence.

The survey results also provided clues as to why atheists’ and theists’ moral compasses may be calibrated differently: the distinctions may stem in part from theists’ increased exposure to community engagement in belief-based behaviors that would be costly if the beliefs were false (such as attending religious meetings). Differences in cognitive style and levels of perceived existential threat may also contribute. Future studies could further explore these potential causal relationships.

These findings suggest that the widespread idea that atheists are immoral may arise in part from their weak endorsement of moral values that promote group cohesion and their consequence-based, case-by-case moral judgment of actions.

Ståhl adds: “The most general take-home message from these studies is that people who do not believe in God do have a moral compass. In fact, they share many of the same moral concerns that religious believers have, such as concerns about fairness, and about protecting vulnerable individuals from harm. However, disbelievers are less inclined than believers to endorse moral values that serve group cohesion, such as having respect for authorities, ingroup loyalty, and sanctity… It is possible that the negative stereotype of atheists as immoral may stem in part from the fact that they are less inclined than religious people to view respect for authority, ingroup loyalty, and sanctity as relevant for morality, and they are more likely to make moral judgments about harm on a consequentialist, case by case basis.”

Funding: The research reported in this article was supported by a grant awarded to TS by the Understanding Unbelief Programme. The funders had no role in study design, data collection and analysis, decision to publish, or preparation of the manuscript.

About this morality research news

Original Research: Open access.
“The amoral atheist? A cross-national examination of cultural, motivational, and cognitive antecedents of disbelief, and their implications for morality” by Tomas Ståhl . PLOS ONE

The amoral atheist? A cross-national examination of cultural, motivational, and cognitive antecedents of disbelief, and their implications for morality

There is a widespread cross-cultural stereotype suggesting that atheists are untrustworthy and lack a moral compass. Is there any truth to this notion? Building on theory about the cultural, (de)motivational, and cognitive antecedents of disbelief, the present research investigated whether there are reliable similarities as well as differences between believers and disbelievers in the moral values and principles they endorse.

Four studies examined how religious disbelief (vs. belief) relates to endorsement of various moral values and principles in a predominately religious (vs. irreligious) country (the U.S. vs. Sweden). Two U.S. M-Turk studies (Studies 1A and 1B, N = 429) and two large cross-national studies (Studies 2–3, N = 4,193), consistently show that disbelievers (vs. believers) are less inclined to endorse moral values that serve group cohesion (the binding moral foundations). By contrast, only minor differences between believers and disbelievers were found in endorsement of other moral values (individualizing moral foundations, epistemic rationality). It is also demonstrated that presumed cultural and demotivational antecedents of disbelief (limited exposure to credibility-enhancing displays, low existential threat) are associated with disbelief.

Furthermore, these factors are associated with weaker endorsement of the binding moral foundations in both countries (Study 2). Most of these findings were replicated in Study 3, and results also show that disbelievers (vs. believers) have a more consequentialist view of morality in both countries.

A consequentialist view of morality was also associated with another presumed antecedent of disbelief—analytic cognitive style.

Do Our Genes Determine What We Eat?