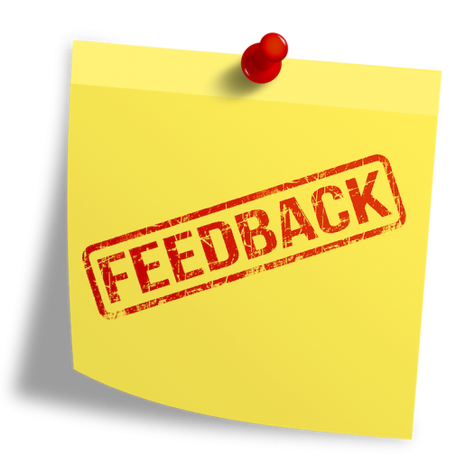 From front-line leaders all the way up to C-suite leaders, I have seen, time and time again, how managers have made a mess in delivering feedback to their employees.

In this article, I will:

Those who confuse and fail to differentiate between “feedback” and “coaching” are at risk of delivering ineffective and even destructive “feedback” and cause recipients to recoil whenever they hear the word “coaching.”

International Coaching Federation (ICF) defines coaching as partnering with clients in a thought-provoking and creative process that inspires them to maximize their personal and professional potential.

Here’s my coaching definition, which I like much better, based on an amalgamation from these books: Leading at a Higher Level; Coaching for Performance; You Already Know How to Be Great; and Psychological Dimensions of Executive Coaching.

Coaching is a deliberate process of using focused conversations to help people to access their best self, remove interference, and free themselves to perform at their highest level. It’s about unlocking people’s potential so they can optimally make decisions, commit to actions, and produce breakthrough results. Effective coaching involves growth and change, whether that is in perspective, attitude, or behavior (Miller & Blanchard, 2010; Whitmore, 2017; Fine, 2010; Bluckert, 2006).

Feedback communicates to others about what their strengths are, specifies which of their skills are valuable to the team and/or organization, and explains to them where you believe they have the ability to change and improve (Buron & McDonald-Mann, 1999).

“Effective feedback provides the necessary information people need to build on their strengths and to shore up weaknesses. It’s a powerful tool for accelerating learning and for developing mastery” (Buron & McDonald-Mann, 1999, p. 7).

Therefore, it is absolutely critical that leaders and managers learn when and how to give effective feedback to subordinates.

When to Give Subordinates Feedback, according to the Center for Creative Leadership (CCL) (Buron & McDonald-Mann, 1999, p. 11):

“Called SBI for short, this simple feedback structure keeps your comments relevant and focused to maximize their effectiveness. Essentially, SBI means you describe the Situation in which you observed the employee, you describe the Behavior you observed, and you describe the Impact of that behavior on you and others present in that situation” (Buron & McDonald-Mann, 1999, p. 12).

Jim, I saw that presentation you made to the Excelsior group
(Situation). I liked how you picked up on their questions. I noticed
that you were able to move out of your prepared presentation to
address their concerns without missing a beat (Behavior). They
were all nodding their heads in agreement when you answered that
question about the delivery time frame. You made me confident that
you were in control of all the material and information. Joel Smythe
told me afterwards that our company seems to have a much better
understanding of Excelsior’s situation than anyone else on their
short list (Impact).

Here’s another example of the SBI method:

In her book, Dare to Lead, Brené Brown says one of the biggest issues for leaders is having tough conversations:

“We avoid tough conversations, including giving honest, productive feedback. Some leaders attributed this to a lack of courage, others to a lack of skills, and, shockingly, more than half talked about a cultural norm of “nice and polite” that’s leveraged as an excuse to avoid tough conversations. Whatever the reason, there was saturation across the data that the consequence is a lack of clarity, diminishing trust and engagement, and an increase in problematic behavior, including passive-aggressive behavior, talking behind people’s backs, pervasive back-channel communication (or “the meeting after the meeting”), gossip, and the “dirty yes” (when I say yes to your face and then no behind your back)” (Brown, 2018).

“Feeding people half-truths or bullshit to make them feel better (which is almost always about making ourselves feel more comfortable) is unkind. Not getting clear with a colleague about your expectations because it feels too hard, yet holding them accountable or blaming them for not delivering is unkind. Talking about people rather than to them is unkind” (Brown, 2018).

Brown shares a readiness checklist — Engaged Feedback Checklist — to contemplate before you sit down to give someone feedback.

“[P]sychological safety makes it possible to give tough feedback and have difficult conversations without the need to tiptoe around the truth” (Amy Edmondson, 2012).

Dianna Booher, a communication strategist and author, has some terrific and useful tips on giving feedback. She writes, “The best managers learn how to lead team members to assess their own performance so that feedback flows naturally. As a result, resistance decreases and performance improves” (Booher, 2021).

According to Booher, leaders and managers should try embedding feedback within coaching conversations. She recommends (2021) keeping these steps in mind:

(1) Lead the Person to Assess His or Her Own Performance – You are coaching for improved performance so begin the conversation with open-ended questions. For example (Booher, 2021): “How do you think this last product launch went over with our route drivers? Did you get the sense that they really understand the difference between this new formula and what we had on the market last year?”

(2) Ask About Lessons Learned – Instead of lecturing, ask what your team member has learned. For example (Booher, 2021): “What do you think you’ll do differently with the drivers on the next launch?” (Then listen to them elaborate on changes they already have in mind after self-assessing the outcomes that were less than desirable.)

(3) Acknowledge Their Perspective – If the team member has good self-awareness & self-assessment of their performance or the situation, you can confirm positively what s/he has said (Booher, 2021): “I agree with what you’ve said about…” “I think you’ve identified the trouble spots and have the right approach to correcting them for the next time.” (Notice that you’re giving credit for identifying and correcting their own performance.)

(5) Be Direct, Clear, and Optimistic About the Future – Booher advises (2021): “Be direct. You never want to sugarcoat bad news or poor performance. But focus on the future rather than on the past. End the conversation by “looking forward” to the changes or improvements the team member will be making in the process, situation, or performance.”

“A manager’s inability to give feedback in a way that holds employees accountable for their performance, or that effectively delivers the message that their work outcome is poor, will lead to talent drain and drop in productivity overall” (Lane & Gorbatov, 2020).

Brown, B. (2012). Daring Greatly: How the Courage to Be Vulnerable Transforms the Way We Live, Love, Parent, and Lead. Penguin/Gotham.

Edmondson, A. C. (2012). Teaming: How Organizations Learn, Innovate, and Compete in the Knowledge Economy. Jossey-Bass.

Fine, A. (2010). You Already Know How to Be Great: A Simple Way to Remove Interference and Unlock Your Greatest Potential. Penguin Group.

Are the Brains of Atheists Different to Those of Religious People?