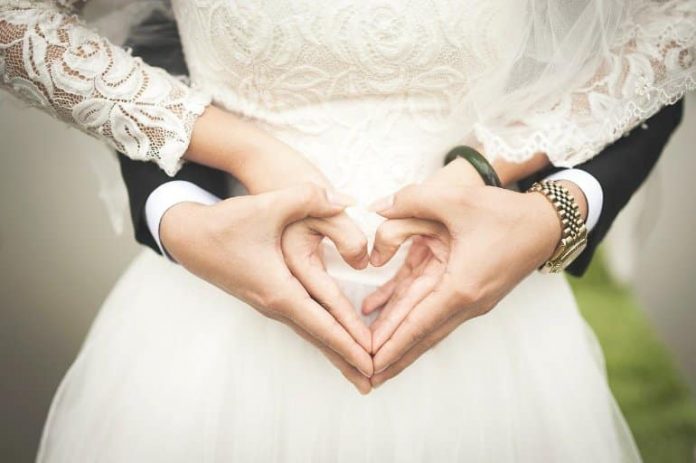 Variation in a specific gene could be related to traits that are beneficial to bonding and relationship satisfaction in the first years of a marriage, according to a new study by a University of Arkansas psychologist.

Recent research indicates that a variation called “CC” in the gene CD38 is associated with increased levels of gratitude. Extending that line of work, U of A psychologist Anastasia Makhanova and her colleagues used data from a study of genotyped newlyweds to explore whether a correlation existed between the CD38 CC variation and levels of trust, forgiveness and marriage satisfaction. They found that individuals with the CC variation did report higher levels of perceptions considered beneficial to successful relationships, particularly trust.

Marriage satisfaction tends to start high then drop, said Makhanova, assistant professor of psychology and first author of the study, published in the journal Nature Scientific Reports. “We were interested in seeing if some of the reasons that people might have a harder time maintaining relationship satisfaction in the newlywed period is due to some potential underlying genetic predispositions.”

For the work, researchers studied 142 newlyweds—71 couples—a subset of a larger group used for other studies. The newlyweds’ DNA was collected three months after being married, and they also completed a survey at that point as well as one every four months for three years. At the end of the study, researchers compared survey results with the CD38 variations and found that those with the specific CC variation reported higher levels of traits corresponding to marriage satisfaction.

While the work points to a possible genetic link to marriage satisfaction, Makhanova notes that it doesn’t mean those without the CD38 CC variation will not have successful relationships.

“So it’s not that people who don’t have the CC genotype are doomed to have problems,” she said. “It’s just that they’re more likely to have issues in some of these domains, and so those people might have to work a little bit more in those domains.”

Several recent studies indicate that genetic variation on the CD38 gene (CD38), at the single nucleotide polymorphism (SNP) rs3796863, is associated with cognitions and behaviors related to pair bonding; we thus leveraged longitudinal data from a sample of newlywed couples (N = 139 genotyped individuals; 71 couples) to examine whether rs3796863 is associated with relationship maintenance processes and, in turn, relationship satisfaction in the early years of marriage.

Replicating and extending prior research, we found that individuals with the CC genotype (vs. AC/AA) of rs3796863 reported higher levels of gratitude, trust, and forgiveness and that trust mediated the association between rs3796863 and marital satisfaction. Moreover, the benefits conferred to CC individuals lasted over the first 3 years of marriage.

To our knowledge, this is the first study to examine the link between variation in CD38 rs3796863 and marital functioning over time.