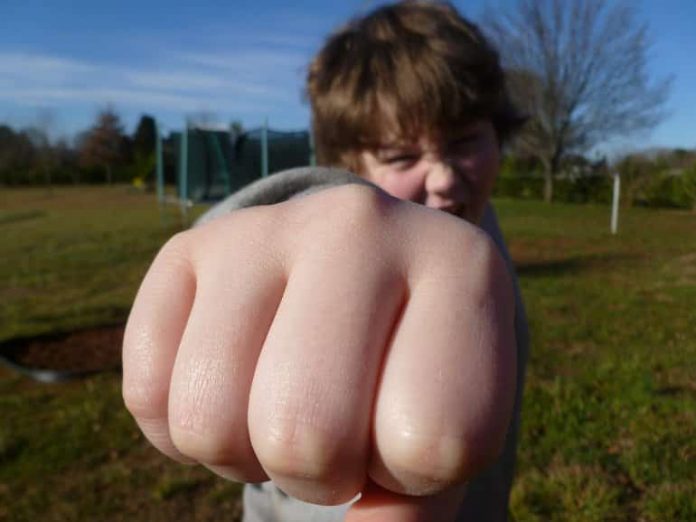 This is one of the conclusions of a study published in the journal Nature Communications. The study is a collaboration of Bru Cormand, from the Faculty of Biology and the Institute of Biomedicine of the University of Barcelona (IBUB), Sant Joan de Déu Research Institute (IRSJD) and the Rare Diseases Networking Biomedical Research Centre (CIBERER), and researchers Marta Ribasés and Josep Antoni Ramos Quiroga, from Vall d’Hebron Research Institute (VHIR) and the Mental Health Networking Biomedical Research Centre (CIBERSAM).

The study – the most ambitious one published to date on risk genetic factors shared between people with ADHD and DBDs — is based on research conducted on about 4,000 affected people by these pathologies and 30,000 control individuals, within the frame of the European project Aggressotype, from the Horizon 2020 program. The program is aimed at researching the neurobiological basis of the aggressive behavior. The study is led by Ditte Demontis and Anders D. Børglum (Aarhus University, Denmark) and Stephen V. Faraone (State University of New York, United States).

ADHD: a psychiatric disorder that does not always come alone

ADHD is a common behavioral disorder. It affects about 5% of children and 2.5% of adults. The disorder is characterized by hyperactivity, impulsiveness, and attention deficit. This disorder usually comes with other psychiatric alterations, mainly disruptive behavior disorders (DBDs), which can be associated with antisocial and aggressive behaviors.

“ADHD and DBD are caused by genetic and environmental factors. Regarding ADHD, it is estimated that genetics account for a 75%, while in DBDs, it would oscillate between 40 and 70%. These clinical pictures are more frequent in boys than girls, and when they come together, people are more likely to fall into risky behaviors, addictive substance use, and premature death,” notes Bru Cormand, professor at the Department of Genetics, Microbiology and Statistics and head of the Research Group on Neurogenetics of the UB.

“Certain people feature two or more psychiatric disorders, and this coexistence continues, in many cases, in a chronological axis, in which suffering from a psychiatric disorder such as ADHD involves opening the door to other comorbid pathologies that aggravate the life quality of those who suffer from the disorder,” said Marta Ribasés, head of the Laboratory of Genetic Psychiatry of Vall d’Hebrón Research Institute (VHIR).

Through genome-wide association studies (GWAS), researchers analyzed the genetic contribution of changes in a single DNA nucleotide (SNP, the most abundant ones in the human genome, to these psychiatric disorders. As part of the study, VHIR and UB experts brought samples of patients with ADHD diagnosed at Hospital Vall d’Hebron and took part in the analysis of genetic data.

More risk genetic variants in patients with ADHD and DBDs

The research team identified a genomic segment in chromosome 11 which increases the risk of having ADHD combined with DBD. “This region has the STIM1 gene, which is involved in the regulation of calcium cell levels, neuronal plasticity, and learning memory,” notes Bru Cormand, who coordinated the international working group on genetics in the Aggressotype project.

“Our study shows that genetics are more determining in people with ADHD and DBD than those who only suffer from ADHD,” said Bru Cormand. “If we compare the genome of patients with ADHD and DBD to that of those patients with only ADHD, we see that people affected by both disorders have a higher genetic correlation with risk genetic variants. These extra correlations of ADHD and DBD patients would probably correspond to alterations other authors had related to aggressive-related behaviors.”

“If we consider ADHD to be an open door to a negative trajectory, using genetic information to identify those individuals who are more vulnerable will have a strong impact on prevention, early detection and treatment, and will shed light on new research studies to find efficient therapies that can be specific for the disorder or shared between several disorders,” notes Marta Ribasés.

The study, published in the journal Nature Communications, is a new science advance that will contribute to broaden the genetic landscape of ADHD comorbidities. From a clinical perspective, knowing the psychiatric alterations that share genetics is a step forward, because it will enable the prediction of potential secondary complications over the life of those individuals with ADHD.

“These results allow us to better understand the origins of DBDs associated with ADHD and provide better information to the family members about this disorder,” concludes Josep Antoni Ramos Quiroga, head of the Psychiatry Service of Hospital Vall d’Hebron and the Research Group on Mental Health Psychiatry and Addictions at VHIR.

About this genetics and psychology research news

We identify three genome-wide significant loci on chromosomes 1, 7, and 11. A meta-analysis including a Chinese cohort supports that the locus on chromosome 11 is a strong risk locus for ADHD + DBDs across European and Chinese ancestries (rs7118422, P = 3.15×10−10, OR = 1.17). We find a higher SNP heritability for ADHD + DBDs (h2SNP = 0.34) when compared to ADHD without DBDs (h2SNP = 0.20), high genetic correlations between ADHD + DBDs and aggressive (rg = 0.81) and anti-social behaviors (rg = 0.82), and an increased burden (polygenic score) of variants associated with ADHD and aggression in ADHD + DBDs compared to ADHD without DBDs.

Our results suggest an increased load of common risk variants in ADHD + DBDs compared to ADHD without DBDs, which in part can be explained by variants associated with aggressive behavior.

Psychotherapy Is Safer and Less Expensive Than Drug Treatment