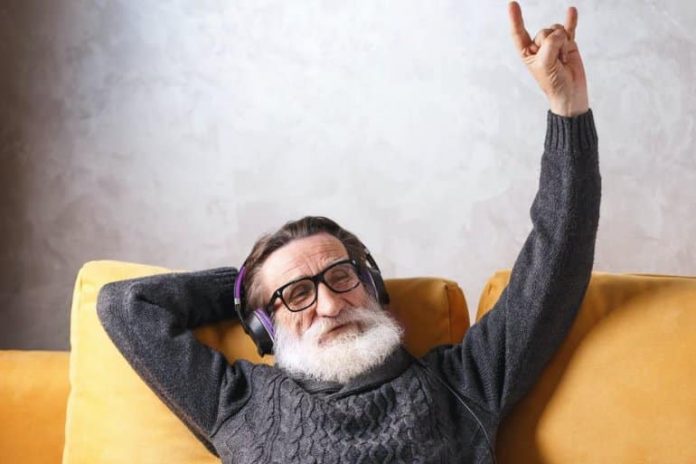 Summary: A new study reveals why we tend to prefer music from our teenage years as we age. Findings suggest songs from our youth may be entangled with positive memories of experiences from that time.

People tend to be extremely nostalgic about the music they listened to when they were young. If you were a teenager in the 1970s, chances are you will love Queen, Stevie Wonder or ABBA. And if you were young in the 1990s, Wannabe by the Spice Girls probably still gets you on the dance floor.

But why is that? Do we genuinely think music from the past is better, or has it got something to do with the memories we have of that time?

Our recent study, published in Music and Science, has come up with an intriguing answer.

Music is closely linked with memory and emotion. There’s a reason for the popularity of the long-running BBC radio programme, Desert Island Discs, in which celebrity guests share the soundtrack of their lives. Or why the recent video of a retired ballerina with Alzheimer’s disease being spontaneously brought back to her past through music went viral.

Music seems to be particularly associated with positive emotional memories with social themes, making it relevant for helping to improve life satisfaction during the pandemic.

General psychological research has shown that autobiographical memories (life experiences) from certain time periods are remembered better than others. One particularly notable phenomenon is the “reminiscence bump”: the fact that people tend to disproportionately recall memories from when they were 10 to 30 years old.

Several theoretical explanations have been offered for this phenomenon, including that this lifetime period contains many novel and self-defining experiences — which may be encoded in the brain more deeply and retrieved more easily. Biological and hormonal changes may also boost the effectiveness of our memories during this period.

It has been shown that when people are asked to choose their favourite record it is likely to come from the reminiscence bump period, and that older adults know more about music from their youth than current pop songs. But does that mean that music from this period is more likely to be connected to autobiographical memories?

In our study, my colleagues and I investigated the presence of the “musical reminiscence bump” in a group of 470 adults who were between 18 and 82 years old. Our aim was to investigate how a person’s age when a song was popular affected three related but distinct concepts: the degree to which the song was associated with autobiographical memories, how familiar the song was and how much they liked the song.

Participants in our study were shown the titles and artists of 111 pop songs that had featured in the charts across a 65-year period (1950-2015) and provided ratings of the three concepts of interest.

We discovered that, across our participant sample as a whole, music that was in the charts during one’s adolescence was not only rated as more familiar, but was also associated with more autobiographical memories. This music-related reminiscence bump peaked around age 14: songs popular when participants were this age evoked the most memories overall.

This suggests that songs from our adolescence can become closely entangled with memories from our past even if we don’t personally value the music. This may be because it has accompanied various memorable settings from this period (school dances, gatherings with friends, graduations, and so on).

Some songs were preferred regardless of a participant’s age when they were in the charts, however. For instance, we saw a general increase in how much people liked songs from the late 1970s to early 1980s, even in participants who weren’t yet born during that time period.

This suggests pop music from certain time periods is intergenerationally valued. Examples of songs we used from this time period include Hotel California by the Eagles, I Will Survive by Gloria Gaynor and Billie Jean by Michael Jackson.

So it seems that we aren’t primarily so interested in the music of our youth because we think it’s better than music from other eras, but because it is closely linked to our personal memories. However, some songs may be able to transcend generational boundaries.

Advertisers who want to elicit a nostalgic reaction from a certain consumer demographic should take note. So should clinicians aiming to reconnect patients with self-defining memories from their pasts.

Funding: Kelly Jakubowski has received funding from the Leverhulme Trust for this research.

About this music, aging and psychology research news

Management of a Moving Target » Department of Neurology » College of Medicine »...