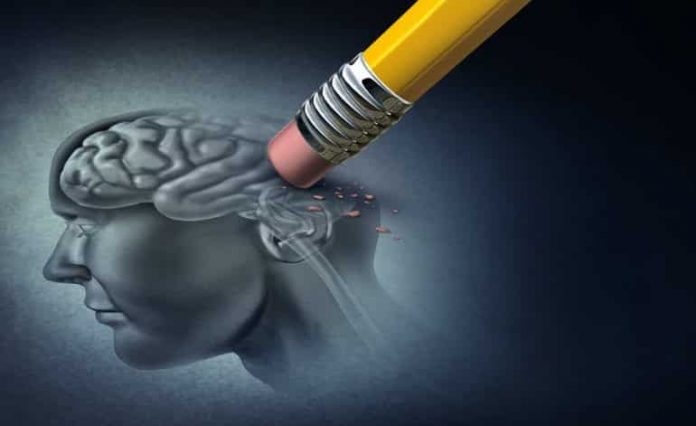 Summary: Researchers shed light on why some people with depression experience memory loss and cognitive problems.

While we often associate depression with low mood, tiredness and feelings of hopelessness, less well known is that some people with depression may experience problems with their memory – such as feeling more forgetful than usual. Though memory problems aren’t discussed as widely as other symptoms, we know that cognitive impairments are common in depression. In fact, up to three in five people with depression may experience them. It’s thought that these memory problems are related to the changes in our brain’s structure and function that happen because of depression.

Memory problems can occur when depression first begins, and can persist, even when other depressive symptoms have improved. Typically, it’s our working memory that’s affected. This is the short-term memory we use to actively remember things from moment to moment – and problems with it can make it difficult to concentrate or make decisions. In fact, many cognitive functions are often affected, such as response time, attention and planning, decision-making and reasoning. Depression also makes it difficult for our brain to switch between tasks and to inhibit what can be knee-jerk responses.

The severity of memory problems can vary from person to person. But some research shows cognitive impairments tend to be smaller in the first episode of depression, while worse memory problems have been seen with more severe depressive symptoms and repeated episodes of low mood. These effects on memory can even last when there are few or no symptoms of depression.

Depression is linked to widespread changes in brain structure and function – including in the prefrontal cortex, hippocampus, and amygdala. These regions are all involved in cognition, executive function (such as planning, decision-making, and reasoning), and emotion processing.

These regions are interlinked via neural circuits, and they send and receive messages from each other, so problems in one region will impact on others. And, the neural circuits responsible for cognition and emotion processing overlap with those that control our stress response systems. So periods of high stress can also impair cognitive function and worsen mood.

The changes in these brain regions seen in depression can have a big impact on how well our brain works during memory tasks. For example, people with depression often have a smaller hippocampus, and had increased activity extending from the prefrontal cortex during a working memory task in which they were asked to remember specific letters. This meant the brains of people with depression brains had to work harder during the memory task by recruiting the help of additional brain regions to perform at the same level as participants who didn’t have depression.

This isn’t to say there aren’t still many things a person struggling with depression can do to improve their memory.

For example, exercise is shown to benefit working memory, processing speed, and attention. It’s thought that exercise releases brain messengers (including serotonin and dopamine) and increases activation in the brain’s cortex. These both increase the growth of new neurons and brain plasticity (the brain’s ability to change, adapt and grow). All of this is important for good memory.

Talking therapies also show increased activation in the prefrontal cortex, which could be linked with improved responsiveness and flexibility, both important aspects of cognition and mood. Cognitive training programs – such as cognitive exercises or games, usually done on a computer – can even improve working memory and attention.

In some cases, antidepressants can help to improve working memory. The most commonly prescribed antidepressants, selective serotonin reuptake inhibitors (SSRI) and serotonergic-noradrenergic reuptake inhibitors (SNRI), are also associated with improvements in planning, decision-making and reasoning– though these findings are mixed, and may not work as well for older people. Novel brain stimulation treatments, which affect how neurons can send signals, have also been associated with improvements to cognitive functions.

Memory problems can be a common symptom of depression and can have a serious impact on our day-to-day lives, including how well we perform at work and our relationships with other people. This is why it’s important to consider memory problems alongside other core symptoms in depression – such as low mood – to improve treatment and prevent recurrence.

About this depression and memory research news

New Link Between a Disrupted Body Clock and Inflammatory Diseases

Individuals With High ADHD-Traits Are More Vulnerable to Insomnia