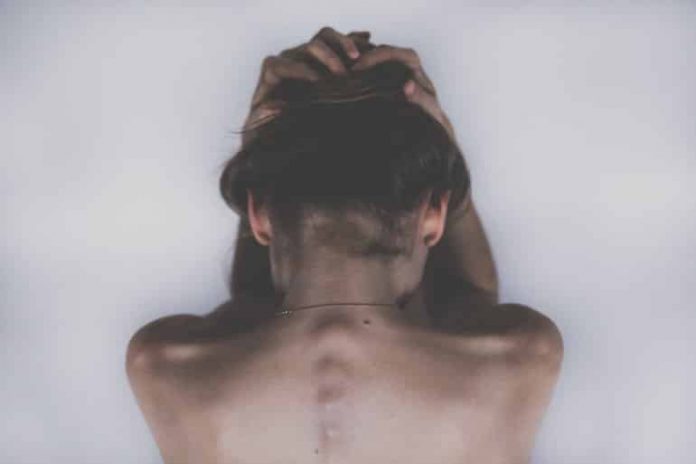 Summary: Two epoxidated compounds prove to be powerful in the regulation of pain and inflammation.

When modified using a process known as epoxidation, two naturally occurring lipids are converted into potent agents that target multiple cannabinoid receptors in neurons, interrupting pathways that promote pain and inflammation, researchers report. These modified compounds, called epo-NA5HT and epo-NADA, have much more powerful effects than the molecules from which they are derived, which also regulate pain and inflammation.

Reported in the journal Nature Communications, the study opens a new avenue of research in the effort to find alternatives to potentially addictive opioid pain killers, researchers say.

The work is part of a long-term effort to understand the potentially therapeutic byproducts of lipid metabolism, a largely neglected area of research, said University of Illinois Urbana-Champaign comparative biosciences professor Aditi Das, who led the study. While many people appreciate the role of dietary lipids such as omega-3 and omega-6 fatty acids in promoting health, the body converts these fat-based nutrients into other forms, some of which also play a role in the healthy function of cells, tissues and organ systems.

“Our bodies use a lot of genes for lipid metabolism, and people don’t know what these lipids do,” said Das, also an affiliate of the Beckman Institute for Advanced Science and Technology and of the Cancer Center at Illinois. “When we consume things like polyunsaturated fatty acids, within a few hours they are transformed into lipid metabolites in the body.”

Scientists tend to think of these molecules as metabolic byproducts, “but the body is using them for signaling processes,” Das said. “I want to know the identity of those metabolites and figure out what they are doing.”

“Understanding pain regulation in the body is important because we know we have an opioid crisis,” Das said. “We’re looking for lipid-based alternatives to opioids that can interact with the cannabinoid receptors and in the future be used to design therapeutics to reduce pain.”

Previous research identified two lipid molecules, known as NA5HT and NADA, that naturally suppress pain and inflammation. Das and her colleagues discovered that brain cells possess the molecular machinery to epoxidize NA5HT and NADA, converting them to epo-NA5HT and epo-NADA. Further experiments revealed that these two epoxidated lipids are many times more potent than the precursor molecules in their interactions with the cannabinoid receptors.

“For example, we found that epo-NA5HT is a 30-fold stronger antagonist of TRPVI than NA5HT and displays a significantly stronger inhibition of TRPV1-mediated responses in neurons,” Das said. It inhibits pathways associated with pain and inflammation, and promotes anti-inflammatory pathways.

The team was unable to determine whether neurons naturally epoxidate NA5HT and NADA in the brain, but the findings hold promise for the future development of lipid compounds that can combat pain and inflammation without the dangerous side effects associated with opioids, Das said.

The Das research group collaborated with Hongzhen Hu, a pain and itch researcher and professor of anesthesiology at Washington University in St. Louis, and with U. of I. biochemistry professor Emad Tajkhorshid, who helped simulate how the lipids are metabolized by enzymes known as cytochrome P450s.

Tajkhorshid also is an affiliate of the Beckman Institute.

Funding: The National Institutes of Health support this research.

About this pain and inflammation research news

The endocannabinoid system is a promising target to mitigate pain as the endocannabinoids are endogenous ligands of the pain-mediating receptors—cannabinoid receptors 1 and 2 (CB1 and CB2) and TRPV1. Herein, we report on a class of lipids formed by the epoxidation of N-arachidonoyl-dopamine (NADA) and N-arachidonoyl-serotonin (NA5HT) by epoxygenases. EpoNADA and epoNA5HT are dual-functional rheostat modulators of the endocannabinoid-TRPV1 axis. EpoNADA and epoNA5HT are stronger modulators of TRPV1 than either NADA or NA5HT, and epoNA5HT displays a significantly stronger inhibition on TRPV1-mediated responses in primary afferent neurons. Moreover, epoNA5HT is a full CB1 agonist. These epoxides reduce the pro-inflammatory biomarkers IL-6, IL-1β, TNF-α and nitrous oxide and raise anti-inflammatory IL-10 cytokine in activated microglial cells. The epoxides are spontaneously generated by activated microglia cells and their formation is potentiated in the presence of anandamide. Detailed kinetics and molecular dynamics simulation studies provide evidence for this potentiation using the epoxygenase human CYP2J2. Taken together, inflammation leads to an increase in the metabolism of NADA, NA5HT and other eCBs by epoxygenases to form the corresponding epoxides. The epoxide metabolites are bioactive lipids that are potent, multi-faceted molecules, capable of influencing the activity of CB1, CB2 and TRPV1 receptors.

Virtual Body Swapping With Friend Can Alter Your Sense of Self

Ouch! Needle-Phobic People Scarred by So Many Images of COVID Shots

Being Chased, Losing Your Teeth or Falling Down? What Science Says About Recurring Dreams